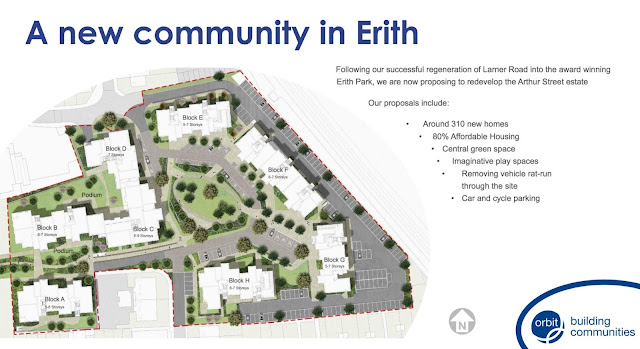 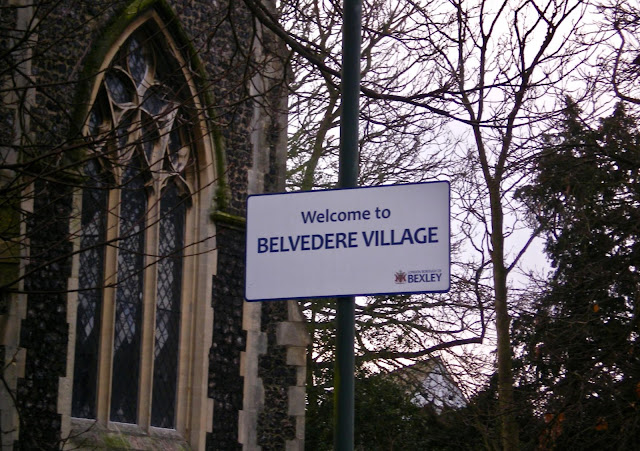 Another regular reader, who also chooses to remain anonymous Emailed me their comments on the article I published last week regarding the naming of Nuxley Road, Upper Belvedere. The person in question also went out and took some photos of some road signs in the area, to support their view - which you can see above - click for a larger version. They write:- "In response to your last blog dated 19th November about Belvedere and the people calling it Nuxley. I have been on a mission to tell people that Nuxley does not exist, and that there are signs by All Saints Church and by Stream Way saying Welcome to Belvedere Village. The Photo shown in the News Shopper is only about 10 feet away from the sign by All Saints Church, I am thinking that people can not read or do not know to where they are, this include estate agents to which the co-op opposite to where they are based says Upper Belvedere Co-OP. I have also find out that some shops do not know where they are". This is sadly very true; many locals are falsely convinced that the mythical place of "Nuxley Village" exists, when it does not, and never has done. the photo above shows the sign outside of All Saint's Church, Nuxley Road, Upper Belvedere, welcoming travellers to Belvedere Village; there is another identical sign at the other end of the village, welcoming people coming from Bexleyheath and Welling. 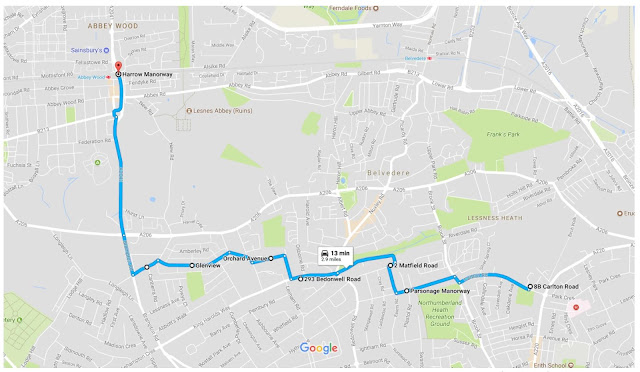 Vehicle manufacturer Ford, in conjunction with transport company Chariot Transit UK Ltd are sponsoring a proposed new private bus service, which, bearing in mind my earlier observations, is due to have the rather unfortunate name of The Nuxley Navigator. The bus service will operate on weekdays only, and will run between Harrow Manorway outside of Abbey Wood Station, and Carlton Road in Northumberland Heath. It is planned that the service will begin on the 29th January 2018. The roads that the new private bus service will cover are as follows:- Towards Abbey Wood Station (mornings only) - Carlton Road, Brook Street, Parsonage Manorway, Swaylands Road, Matfield Road, Stream Way, Bedonwell Road, Orchard Avenue, Bedonwell Road, Glenview, West Heath Road, Brampton Road, Knee Hill, Harrow Manorway. Towards Erith (afternoons only) - Harrow Manorway, Knee Hill, Brampton Road, West Heath Road, Glenview, Bedonwell Road, Orchard Avenue, Bedonwell Road, Stream Way Matfield Road, Swaylands Road, Parsonage Manorway, Brook Street, and Carlton Road. Initially I was surprised when I found out about this new bus service, thanks to a tip - off from Darryl Chamberlain of the 853 Blog, but upon consideration it makes a lot of sense. The Crossrail service will be opening at Abbey Wood Station next year, and many of the roads covered by The Nuxley Navigator are currently not covered by any existing bus service. The real reason for the service is to connect the Erith Quarry housing development with Abbey Wood Station. The developers of Erith Quarry are aiming the new development primarily at second or third time buyers who want larger, family sized houses - for people who intend to "put down roots" in the area. In order to attract middle class professional people into the local area, they need so show that there are good commuting connections into London - something that The London Borough of Bexley has lacked up until now. The fact that we have no DLR or Tube services in the Borough has been a factor that has discouraged some people from moving into the area. Providing a purpose built mini bus link between the Erith Quarry site and Abbey Wood Station will do much to convince people that they should move into the area, as housing is significantly cheaper than in other parts of London, and the commuting issue will be at least partially answered by The Nuxley Navigator - even if the name of the new bus service is as inaccurate as I have previously described. I also understand that the current 180 bus route will be changed to call at Abbey Wood Station, certainly improving the quality of communications in this corner of the borough. More on Erith Quarry later. 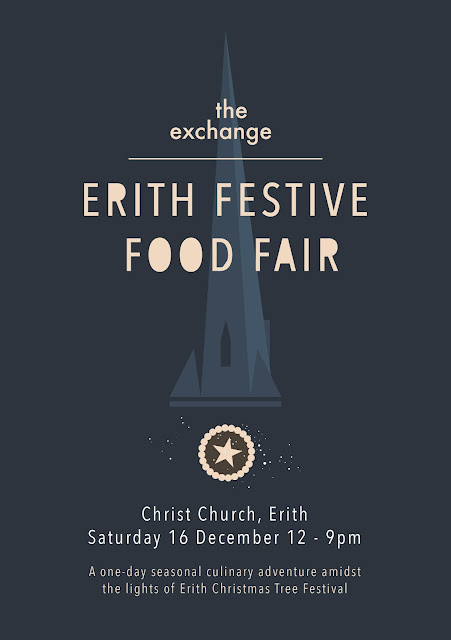 Local arts commissioning group The Exchange are organising a festive food fair to take place alongside the annual Christ Church Erith Christmas Tree Festival on the weekend of the 15th to the 17th December, a week earlier than it is traditionally held. Visitors will be able to sample a variety of festive foods on the Saturday of the festival only, curated by Street Food Markets amidst the lights of the Erith Christmas Tree Festival at Christ Church. This year James Glancy Design are adding to the illuminations with an outdoor display. Inside the church there will be over 80 decorated trees, entertainment and craft activities. Do come along - I will be there on the Friday and the Saturday, in my role as a Friends of Christ Church Erith committee member. 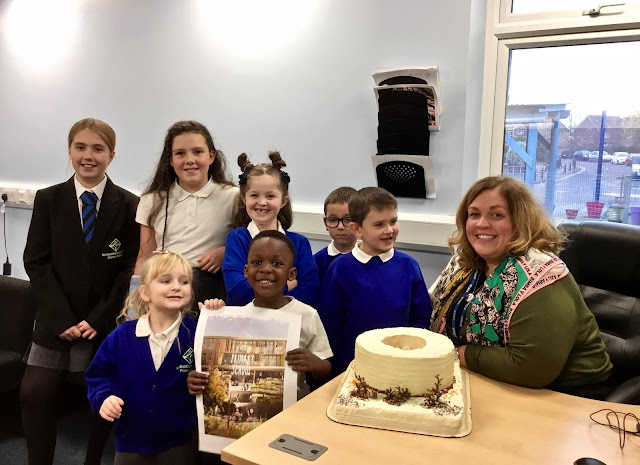 The photo above, which was sent to me courtesy of the Erith Quarry PR team, shows a cake version of The Quarry’s new state-of-the-art school, which is currently being built. The baked creation, which also incorporates edible trees and plants, was presented to the future head teacher of Limewood Free School, Claire Ingrams as well as children at the Woodland Trust. Local resident Rav Bansal, who created the unique cake can be seen below. He was apparently a recent contestant in the Great British Bake - Off. You can see a short video of Rav - click on the image below. Do give it a watch and please feel free to leave a comment, or to Email me at hugh.neal@gmail.com.