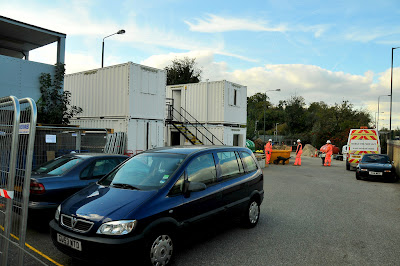 A photo above, showing the car park ar Erith Railway Station, that has been converted into a builders' yard for the work to extend the station platforms. I would like to be in a position to announce significant progress, but as previously reported, the work is proceeding more slowly than an arthritic sloth dosed up on Diazepam. I feel that it is going to be substantially more time until the relatively simple and minor piece of civil engineering is completed.

During the week I received this official notification from our MP for Erith and Thamesmead, Teresa Pearce. She's raised the matter of the lack of disabled and buggy access to Erith Station in Parliament.  I quote the Hansard entry below:


Ticket Office Closures
2. Teresa Pearce (Erith and Thamesmead) (Lab): Whether her Department has conducted an impact assessment of the proposal in the McNulty report on closure of ticket offices. [88222]
The Minister of State, Department for Transport (Mrs Theresa Villiers): No impact assessment has been conducted of this proposal in the independent report undertaken by Sir Roy McNulty.
Teresa Pearce: Disabled people in my constituency already have trouble accessing work and leisure opportunities in London because Erith station’s London-bound platform has no disabled lift or step-free access. They are advised by the train operating company to travel in the opposite direction for 15 minutes and then change trains. The closure of the ticket office at Erith will further disadvantage this group of people. Will the Minister consider an equality impact assessment on the proposal and reject McNulty’s plans to close ticket offices, particularly at places such as Erith, where disabled people already face a difficult journey?
Mrs Villiers: In considering the recommendations of the independent McNulty report and before any decision was made on changes to future ticket office rules, it would of course be vital carefully to assess the needs of disabled communities and pensioners. That would be a very important part of any decisions made on future reform of ticket offices.
Good on her for standing up for local people. I am unsure what effect it will have, but at the very least it has given the whole sorry issue a high profile with the Government. It will make any squirming by Southeastern Trains all that harder.

The photo below was taken by Ian, AKA The reV. It shows Erith river front from Erith Pier just after sunset earlier this week. Please excuse the small amount of digital noise; the shot was taken from a camera phone. Nice view anyway. 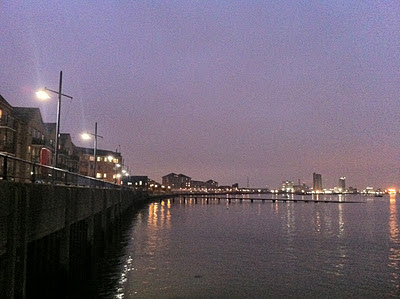 I read in the press that Spanish banking giant BBVA is switching much of its' business to the cloud. They are going to be using the web based Google Apps for many processes, rather than the monopolistic Microsoft Office. Don't mistake the feature limited free version of Google Apps you may have tried for the subscription based full enterprise cloud service. If you buy the enterprise version, it looks and feels like a custom written business application suite, with branding and customisation pertinent to your specific company. High uptime and availability, and contractually binding service level agreements come as standard. The video below is a little long in the tooth now, but it does illustrate the point of cloud based computing very well indeed. One of the very first enterprises anywhere to adopt Google Apps was local building company Erith Construction, whose head office is located in the old Erith Job Centre in Queens Road. They have been using Google Apps since 2008, and their Chief Information Officer has the following to say about the service:


Before anyone thinks I am getting partisan and plugging Google in particular; I just want to illustrate the move away from traditional locally installed applications to web based ones - the Erith related link to Google Apps was too good a local geographic connection to miss. Another very good cloud based business solution that you may not have heard of is Zoho Office. A cloud based finance package from accounting software Intuit is called Mint - you can read about it by clicking here. There are lots of others if you use a search engine to have a dig around.

A bit of a result this week; following last week's rant about the crumbling state of the surface of Manor Road, and the project to lay a film to reduce the amount of industrial dust experienced by both travellers on the road and local residents; I received a couple of Emails from Bexley Council Environmental Health department. I have edited the detailed comments below:
We made more detailed enquiries from Transport for London regarding the application of Calcium Magnesium Acetate (CMA) following your concerns. The project operations manager advised that CMA is effective on both paved and unpaved surfaces. Apparently CMA has been found to be more effective on unpaved roads as it binds the surface of the road. The use of the CMA dust suppressant in Manor Road is primarily due to Transport for London needing to trial the use of the substance in the areas across London where industrial sites, such as waste transfer stations, are contributing to PM10 levels such that they exceed the limit values. The trial will be fully subsidised by TfL and independently evaluated by King’s College (Londonair) and they will hope to use the data from the station at CITB and your gravimetric in this evaluation. The CMA corridor application started last Sunday/ Monday (always in the early hours of the morning) and it will be applied in both directions three times per week (between Sunday and Thursday) until 27 February when it will be applied five times per week by TfL contractors. This initial application will continue for three months. It is thereafter anticipated that the CMA application will be repeated for another three months during the summer months. CMA’s use along Manor Road is a short term measure that will improve air quality this year, it is cost effective given that existing machinery used for the wider Clean Air Fund across London is being utilised and Bexley has not been required to modify any of our vehicles.  In the longer term the Environmental Agency and London Borough of Bexley are working to ensure that business’ clean up their operations by doing more to reduce pollution directly, such as enclosing dusty operations and wheel washing etc where practicable. I have discussed the road surface with the TfL representative when  he visited Manor Road and I will pass on your concerns and the details you have provided in your blog to give a comprehensive picture of the current situation.
So it looks very much like a win / win for local residents - council tax payers will not have to pay for the dust reduction measures being deployed, yet we get to benefit from the results. I call that a more than satisfactory outcome. 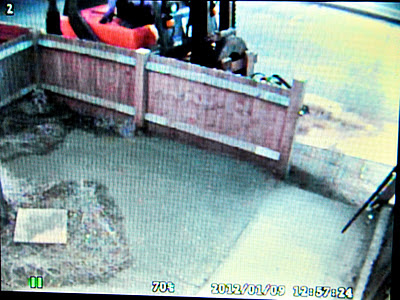 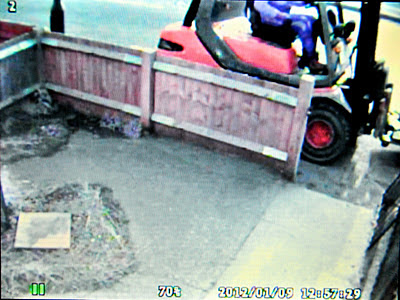 Some time ago I featured the website of Erith based radio amateur, genealogist, gardener and meteorologist Bob Hewitt, and I have had a permanent link on the Maggot Sandwich to his excellent real time, web enabled weather station ever since. Bob has been in contact this week; the weather station is due for some major maintenance - its' main circuit board is being returned to the manufacturer under warranty. I know quite a few readers regularly visit the weather station site, so please be aware that it will be either unavailable or with a severely restricted service for a while. Bob is going to let me know when the station is fully back up and running, and I will let you know. I have removed the link on the right of this page for the time being.
Here is an absolutely outstanding piece of customer service management, which reflects very well on the Early Learning Centre. A chap by the name of Ross Mills, who half jokingly wrote a letter of complaint to the Early Learning Centre in respect of their sales of Lego Star Wars toys. Their response is considered, well written, and geek-tastic. You can read the whole exchange by clicking here.

The annual CES show in Las Vegas has just finished; CES is the largest consumer technology exhibition in the world, and it is the place where most tech companies show off their latest products prior to them being made available to the public. The 2012 show was a bit of a bumper one, with loads of shiny new gadgets being showed off for the first time. The video below shows a really stunning new bit of kit from Samsung - a transparent OLED display. In the video you will see how it is being used as an intelligent window. It really is quite remarkable; as the presenter mentions, it is bringing sci fi "Minority Report" technology to the present day. Thanks to Adam Foreman for bringing this to my notice. Watch and please feel free to leave a comment below.