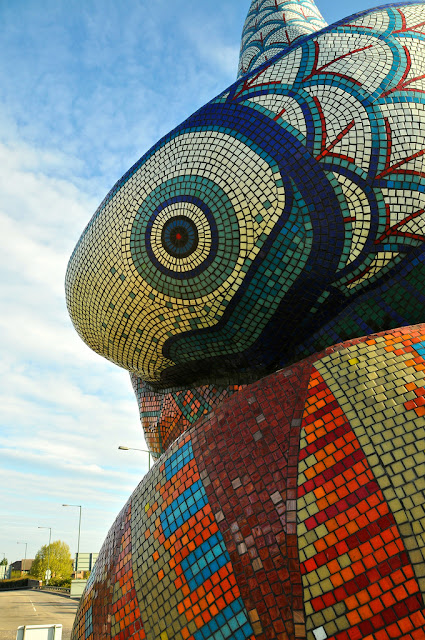 On Monday morning I was sitting on a bench at Erith station, waiting for my train to arrive. In addition to the old (and exceedingly boring) stock announcements, I was rather taken aback when Boris came on the tannoy, advising travellers to make alternative arrangements during the period of the Olympics and Paralympics. For a confused couple of seconds I wondered what the bumbling mop haired twit was doing on the microphone in the ticket office, until the penny dropped – of course it was a recording. The repetitive automated announcements have not been updated for several years, so it was quite a surprise to hear something new – even if it was doom and gloom regarding the train service over the forthcoming period. One thing follows on from my coverage of the welcome forthcoming construction of the new Bexley College campus on the old tram shed site in Walnut Tree Road that I mentioned last week; I have since discovered that the plans include a covered walkway from the campus main building to Erith Station. This begs the question, will it include step free access to the London bound platform, as has been campaigned for by many local people, most notably by our own MP, Teresa Pearce. It would seem to be an ideal opportunity to this long running and contentious issue resolved once and for all; the amount of bad publicity the debate has generated for South Eastern trains is impossible to calculate.
The Police are still mopping up the people involved in last years’ riots. The News Shopper have been featuring a wanted list of people who have still to be traced and prosecuted. The message that is going out is that “you have not got away with it, and we will get you in the end” which is as I feel it should be. Erith was very lucky to escape almost undamaged. The only incident of any note was quashed with almost comical ease by a combination of good luck on the part of the Police, and ineptitude on the part of the would – be rioters. Five youths had been congregating outside the Blockbuster video shop on the corner of Pier Road and Colebrook Street, one of them picked up a brick and threw it at one of the glass double doors on the front of the shop. The door shattered, and is it did so, the Borough duty Police inspector came round the corner in his car, accompanied by a number of officers. The would be rioters started to run off towards Morrison’s car park, but they were outnumbered and outmanoeuvred by the coppers and all were caught; I understand that one in particular (the brick thrower) energetically resisted arrest. I understand he’s still inside now. All for wanting to be a rioter. What a pillock. 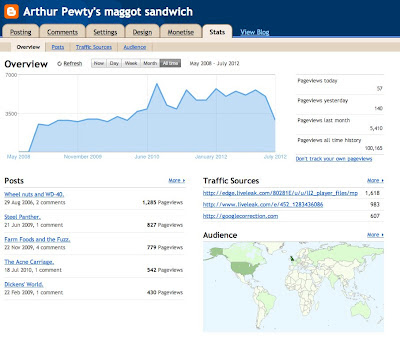 The title of this weeks' Maggot Sandwich is fairly self evident; in the early hours of Saturday morning, the Blog received its' 100,000th unique page view. Basically that means that a hundred thousand different people have read it since it started back, almost six years ago to the day. This does not in any way mean I have that many regular readers; the usage statistics are somewhat ambiguous, but I reckon I get a couple of thousand regular weekly hits from all over the world. The Maggot Sandwich was awarded the title of one of London's 50 top Blogs back in 2010, when it was featured in the Guardian after I attended the London Online Community Unconference, as an example of a hyper local news website. I hope that I have continued to live up to the standards of that award now. 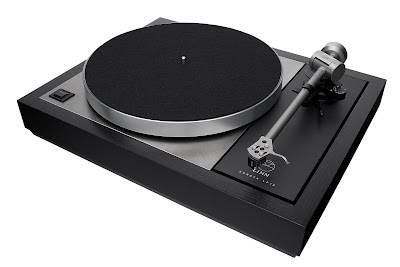 I was walking along Appold Street on my way home from work one day last week, when I came  across something laying in the gutter that I have not seen in an absolute age; A TDK D90 audio cassette, with a huge birds’ nest of tape hanging out of it. We used to see this kind of thing all of the time – dumped video tapes too. I cannot recall how long it is since I last saw such a sight. It looked as if the tape had failed and the owner had thrown it out of a car window. I cannot imagine that many people are still using analogue audio tapes – let’s face it, the compact cassette was a really poor technological solution – they were constrained by so many engineering limitations when the format was created, most of which were never really developed out. All I can think of is that the owner of a classic car dumped the tape – maybe they had kept a vintage cassette deck in the car to keep the interior looking original. I doubt that I will ever find out. It did get me thinking that whilst modern audio equipment and music formats have got more easy and convenient to use – not to mention their extreme portability, the sound quality output by such devices, whether they be an iPod or a mobile phone has decreased substantially. The main audio formats – MP3, AAC and Ogg Vorbis all compress the recording data to the point where the original sound is inevitably compromised. I still am a fan of vinyl, space consuming and fragile as records are, they (to me at least) have some indefinable special quality about them – a well recorded and pressed LP still for many audiophiles is their favoured media format. This is ironic, as I have recently packed up my Linn Sondek LP12 turntable and put my record collection into long term storage. This is not through any desire to get rid of them; quite the opposite. My LP12 was purchased new for £700 (then a huge amount of money) in 1987, and is now in desperate need of both a service (LP12’s need servicing every three to four years, and mine was last done in about 1991) and a mechanical and electronic upgrade. The problem is, the work required to bring the turntable up to 2012 specification would set me back well in excess of £2000. Under the current circumstances, with pricey building work still under way in Pewty Acres, I cannot justify the additional expenditure for the foreseeable future.

The video this week is a track from Mister B - the Gentleman Rhymer, one of Britain's finest exponents of Chap Hop. Take a gander below.