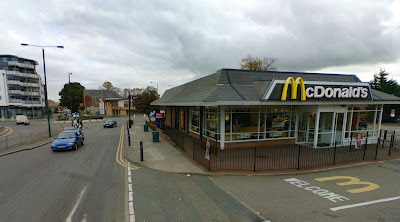 Google Street View have been busy - they have re - photographed all of Erith recently, which is just as well, as the original photos from 2007 were starting to look rather out of date. The photo above shows Google's view of McDonald's and KFC from James Watt Way - more about them both later.
New BBC sitcom Citizen Khan is supposed to have stirred up much controversy in the Muslim community – or so the Daily Mail (never the most measured of media commentators) would have us believe. Personally I think it is quite an old fashioned show. The central premise is the daily life of a working class British Asian family in Birmingham. Dad, Mr. Khan is opinionated, slightly pompous and a self appointed community leader. He’s also a skinflint, and a keen social climber. Mother is house proud and really wears the trousers in the relationship. There are two daughters – an older one about to be married, and a younger one who is the apple of her Dad’s eye, but is secretly rebellious. Local mosque manager is an English convert to Islam, who is the moral compass of the show.  Personally I cannot see how anyone could be offended by the comedy – it is little more than an updated version of “Terry and June” or "Desmond's" set in the West Midlands amongst a British Pakistani family. My personal take on the show is that it is doing what television should – showing Muslims like any other religious or cultural group by subjecting them to a gentle, warm hearted sitcom. The running jokes about religious beaurocracy, parental hypocrisy and teenage cunning have a similar look and feel too many previous BBC offerings from the sixties and seventies – hence my initial comment that Citizen Khan actually feels somewhat old fashioned. See what you think about this clip below:


Once again the local press get onto a story just after I have featured it on the Maggot Sandwich. The Bexley Times is running with an article about Bexley Invicta football club, that I wrote about last week. Although they will be undertaking training sessions in Danson Park, their home ground is at Erith Town’s football ground in Avenue Road – part of Erith Sports Centre. You can see the Bexley Invicta website here
The Olympic and Paralympic games were meant to be the cause of a great surge in large screen and smart TV sales in the UK. This simply has not happened. There was a small rise in sales, but nothing like the expectations of the economists. I think the reasons are several fold; firstly, many people don’t have much in the way of disposable income, and a “big ticket” purchase like a TV is not their priority. Secondly, fewer people watch television on a TV than in the past. With online services like the BBC iPlayer now supporting mobile devices such as tablets and mobile smart phones, the requirement for the family to sit together to watch “the haunted fish tank” are no longer there. People watch TV on the move, and time shift programmes to watch them when it suits them. The other hold – off for technically savvy people is that we have been told for the last couple of years that a new generation of screen technology is just around the corner. OLED (Organic Light Emitting Diode - thanks JustJon!) screens have been touted by the industry leaders – Samsung and LG – as being the next big thing. OLED screens need no back light; the pixels generate light internally. This means OLED screens can be almost impossibly thin, whilst also being extremely bright, and having an excellent contrast ratio. Promises have been made, and last year Samsung promised commercially available OLED televisions in their range “by September 2012”. These promises are starting to look hollow. The reason that even now you can only see prototype OLED screens at trade shows and the like is simple. They burn out quickly. Because they don’t have backlights, the individual pixels have to effectively burn themselves out in order to give a vibrant, dynamic picture. This is a form of controlled self destruction; the problem that the OLED manufacturers have encountered is the one of the usage model. You can get away with a limited screen lifespan in something like a smart phone – when even the most goggle – eyed user won’t have the screen on for more than a few hours a day. This approach simply does not work when applied to televisions. Plenty of people keep their TV on all of the time, even when it is not being directly watched; they use them as a form of background noise / companion for the dog whilst they are out. At the moment OLED technology is just not up to this level of utilisation – the screens burn out too quickly. LG have announced that they have a 55 inch OLED TV undergoing testing prior to commercial release, with a specific focus on quality and longevity. One other problem is that as the pixels age, the quality of the image they generate degrades, so that well before the screen is at a point of end of life burn out, the image quality is greatly degraded. There are also considerable production problems, such as the level of error tolerance limiting production runs (who can forget the “dead pixel” problems some of the early plasma TV’s suffered from?) The sets are plain difficult to mass produce. Both Samsung and LG have poured vast amounts of cash into OLED TV design and manufacturing, and they will both be keen to recover their investments by actually getting OLED products out and into the market place. For now though, OLED HDTV remains an unfulfilled promise. Rest assured, when they eventually hit the market, they will cost a King’s ransom. 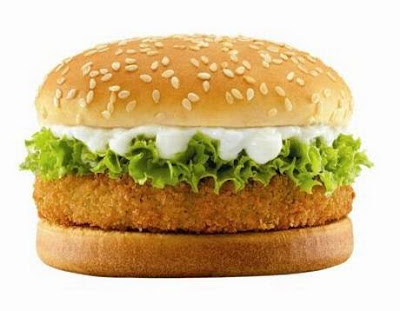