The small piece of waste land behind Morrison’s car park, and adjacent to the river front walk once again has a resident. Another traveller pony appeared there on Monday - see the photo above. I cannot tell if it is one of the same ones that was there a couple of months ago, as one black and white piebald pony looks pretty much the same as any other black and white piebald pony to my untrained eyes. The practice of “fly-grazing” has become increasingly common both in the local area, and also around the country. Thousands of horses and ponies are being abandoned by their erstwhile owners as irresponsible breeding, spiralling bills and sale prices which have reached rock bottom take their toll. A pony can fetch as little as £5 at auction – if it sells at all, whilst stable costs, feed and vets bills can amount to around £100 per week per animal. The six main horse welfare charities have come together to compile a report on the situation; it would also appear that the European appetite for horse meat may be fuelling the situation – a £5 pony can turn into a £230 carcass on the European meat market. It may be that ponies are actually being farmed for live export to France, Belgium and Italy. The RSPCA have called for legislation that will enable them to more quickly identify owners and punish them with fines and the seizure of animals for fly-grazing. They also want a review of agreements allowing the free movement of horses not intended for slaughter between Britain, Ireland and France. The British horse population is thought to be just under one million animals in size. The vast majority are owned privately for leisure – a sector which, unlike the horse racing industry, is not tightly regulated. I know that whenever travellers put one or more ponies on the waste land, the ponies become an attraction for parents and child minders looking after small children – the animals end up getting fat, as they have a seemingly non ending series of treats given to them by their small visitors.

Several tabloids picked up on the following story in the middle of last week; I mention it only so that nobody hauls me over the coals for missing it - I have nothing to add to my previous comments, and I don't feel that re - stating them right now would be productive, or for that matter, very interesting for the readers. Feel free to comment below if you think otherwise.

If you get two or more Erith residents in a room, it is a statistical inevitability that sooner or later the topic of conversation will turn to the Dartford River Crossing, and sooner or later one of the participants will say “of course, we were told when the tunnel was first opened, that once it had paid for itself, it would be made free”. Of course this has never happened – the crossing is too much of a cash cow for any council, operating company or other authority to want to give up. A new campaign for at the very least a reduced toll fee for the residents of Bexley has been started. Erith and Thamesmead MP Teresa Pearce has been campaigning for a discount after the toll prices were increased on the 7th of October. You can read all about it on the News Shopper website here. It is a laudable sentiment, but I fear that Teresa is unlikely to get anywhere with it – there is simply too much money being generated for the Exchequer that they are disinclined to relinquish it. The queues and traffic jams generated by the toll booths would seem to be a inconvenience that the operators are more than happy to keep going, just as long as the toll cash keeps rolling in. 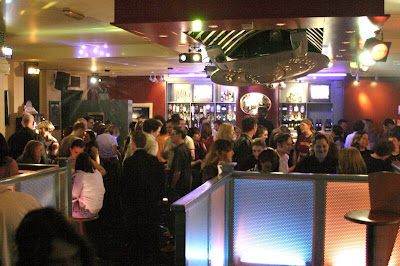 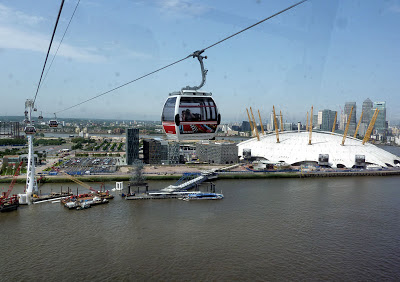 Before the Olympics and Paralympics, I was accused of being a killjoy for doubting the long term benefit that the various infrastructure projects would have in and around London; whilst for many of the projects it is far too early to tell, one thing does stand out. The passenger utilisation figures for the Arabfly Dangleway (the Emirates Thames cable car) dropped as soon as both games had finished, and now stand at only around five percent of their full capacity – currently an average of 229 people an hour. You can read the whole story on the News Shopper website here.  It seems pretty clear that as I predicted, the cable car is only being used by tourists – not by commuters as had been widely touted by Boris when he tried to justify its’ creation. There is a very detailed analysis of the cable car usage figures by fellow blogger Diamond Geezer here. As I have written before, the main problems are the expense of the tickets, the fact that the service is not an integrated part of London’s transport system, and most tellingly, that the service runs from nowhere to nowhere. I doubt that it will be even covering its’ costs, let alone making a profit with the very low usage figures; I wonder how long it will be before it closes down for good? I think the general opinion is that it is a potentially great tourist attraction, but it was built in entirely the wrong place – it would be better in central London – maybe adjacent to the London Eye? What do you think?

I am pleased to say that since I spoke to Bexley Council Environmental Health Department about the terrible stench from ADM oils, there has not been even the slightest whiff of offensive odour around Erith - well, discounting any local chav covering their B.O with liberal splashes of Brut, or whatever takes its' place nowadays. It is a bit suspiciously convenient, but I am not complaining - hopefully the pong has now gone for good.

Magners so called “Irish” cider has been an unwitting force for good in the last few years; It has been heavily advertised and through clever promotion, has revitalised the previously moribund market for cider. Suddenly the drink, which for years has had a serious image problem (think three litre bottles of “trampagne” and the brain numbingly strong Diamond White – which is called cider, but is not made with apples, but is scoffed with abandon by many "gentlemen of the road"). People have associated cider with street drinkers and teenage parties - with all of the disruption and vomiting that usually ensue. Magners, which is actually made from Spanish apple pulp that is sent to the Irish republic by tanker lorry, has been at the vanguard of re – popularising cider as a beverage. Magners is utter rubbish, full as it is with additives (including caramel to give it a golden brown colour), but nevertheless it has encouraged people to try other, higher quality ciders – which incidentally don’t contain the nasties. Long established companies such as Aspall’s and Weston’s produce superb quality cider in both bottle and draught form, which sells for little more than the mediocre at best Magners. The taste of the craft cider is in a different league. I can see why drinkers would find such a leap in quality attractive. Magners have unwittingly ended up promoting their higher quality competitors – something rather ironic I think. This has not gone unnoticed by the large brewing companies – recently wife beater brewer Stella Artois launched their “Cidre” with a series of cod 1960’s television adverts, encouraging drinkers to serve the brew in a "Chalice" – utter tosh of course - Stella Cidre is actually manufactured from Belgian apple syrup in a huge industrial refinery . The French do produce some excellent ciders, but the Stella concoction is not among them; it is just a cynical marketing exercise to try and gain market share. Quality will out, and the increased sales of the artisan brands would underline that. I would rather quaff a single pint of the aromatic, slightly astringent and cloudy “Old Rosie” – a cider produced by Weston’s, that is made with apples collected from no more than fifteen miles of their brewery, than I would drink a bucket of Magners. It seems that the drinking public agree, and are now voting with their feet.

The video this week is a hoot - it is the trailer for a new sci fi thriller movie called "Manborg" an ultra low budget movie that pays homage to the popular genre of "direct to VHS" sci fi action movies that filled the video hire shops in the 1980's. Although only made last year, it is as if the nineties and noughties had never happened film - wise. "Manborg" uses green screen techniques and old fashioned "stop motion" animation - something that has nowadays been almost completely been replaced by CGI. You can read a review of the film here. Now be prepared for the cheese - fest that is "Manborg"...