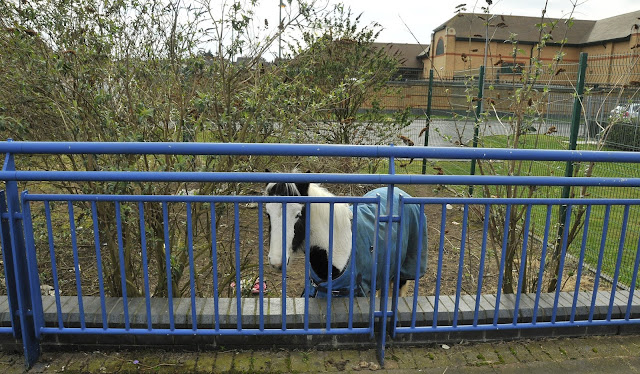 Travellers are still keeping Cob Ponies on the unlicenced enclosure that is sandwiched between the back of Erith Morrison's supermarket and the Council recycling facility. I have had several local people express concerns as to the health and wellbeing of the animals, and I have spoken to the RSPCA on a couple of occasions this year. I am led to understand that as long as the ponies are fed and watered, there is very little that the authorities can actually do. I believe the owner of the small parcel of scrub land is the Orbit housing association, but the precise details are somewhat sketchy and unclear. It would appear that the lands' legal owners are unconcerned about the use to which it is currently being put. "Pony squatting" is increasingly common in London and the South East, with the high cost of stabling for animals which essentially have zero financial value being quoted as one of the main reasons.

Local paper the News Shopper have recently announced that they are restarting their very effective "Shop A Yob" campaign. The campaign which ran for several years showed CCTV and other photos of local criminals when caught in the act - for example. vandalising bus interiors. The original campaign was very successful in identifying and prosecuting local low lives and scum bags. Whilst most of the offences were of the anti social behaviour kind, it did stop some offenders from going on to commit more serious crimes. On top of this it sent the message that the local community would not stand for criminal behaviour. I am fully behind "Shop A Yob", and have managed to get clear photos of criminals in the act myself in the past. 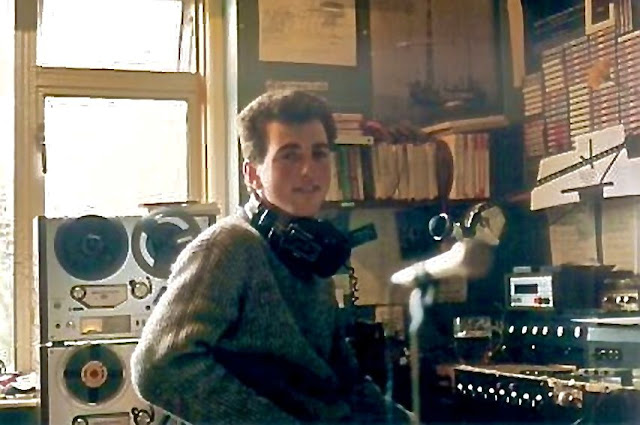 When I visited the Erith Riverside Festival a couple of weeks ago, most of the Maggot Sandwich readers who approached me to say “hello” asked me the same question. They all wanted to know where the name of this blog came from, as it appears so surreal and unusual. Well, I have told the story once before, but it was rather a long time ago, and I seem to have picked up quite a few readers since, so I suppose the story could do with repeating. It all dates back to the beginning of 1987, when I first got involved with Bexleyheath based FM pirate station Radio Lumberjack (see the photo above of me taken in the studio in March 1987, a couple of years before I moved to Radio Caroline, and a big step up in the radio world). I got named “Arthur Pewty” by the chap who ran the station, after the meek and mild accountant character from the Monty Python sketch. Now  I had a radio pseudonym, I needed a name for my late night show, which featured mainly album tracks. I was reading a book on the history of offshore radio at the time, and had come across the story of John Peel and his show on Radio London, which was called “The Perfumed Garden”. I was trying to think of a suitably satirical alternative to this, when an incident from a few years previously popped into my mind. For a couple of years I took up coarse (fresh water) fishing, and would spend much of the school summer holidays either at Dartford lakes or at Horton Kirby, unsuccessfully trying to catch a few fish. I sometimes used to go with a friend, who had a somewhat unique idea of practical jokes. On one occasion I was about to take a bite of a cheese and coleslaw salad sandwich when I noticed something wriggling around in the filling. I opened up the sandwich to find a small mound of maggots! My compatriot had filled the sandwich from his bait tin when I was not looking. Nice chap. Anyway, the idea came to me that how could I combine the bland and anodyne (Arthur Pewty) with something uniquely revolting (the Maggot Sandwich) and the name for my show was born. When I started blogging seven years ago, it seemed logical that my web based voice to the world would follow my radio based venture from years before. The idea stuck, and back in 2010 it was voted the most unusual blog name in London, at the Online Conference hosted by Ofcom. So now you know.

I think that Bexley Council would be more open and honest in its’ dealings if it was headed by Kim Jong-Un, rather than Teresa O’Neill. At least the North Korean dictator is starting to talk to his opponents around the world now, unlike Bexley Council, who for a second time are directly disobeying an order issued by Eric Pickles, the Local Government Secretary, who said on the 14th June that “I want to stand up for the rights of journalists and taxpayers to scrutinise and challenge decisions of the state. Modern technology has created a new cadre of bloggers and hyper-local journalists, and councils should open their digital doors and not cling to analogue interpretations of council rules. Councillors shouldn’t be shy about the public seeing the good work they do in championing local communities and local interests”. Quite, well said mister Pickles; the trouble is that Bexley Council are having none of it. They have re-stated their long standing policy that filming and audio recording of council sessions is forbidden. The council say that they are concerned that the data protection act may be contravened (Pickles explicitly says that it will not), and the privacy of people attending the council meetings may be affected. The fact remains that if you walk down Bexleyheath Broadway at any time, day or night,  you will be recorded by a plethora of CCTV cameras, both publicly and privately owned. I recently counted seventy cameras between the Council offices and as far down the Broadway as Asda – and I am pretty certain that I missed some. The council argument is utter rubbish, and they know it. They don’t want to be recorded as they don’t want to be held accountable for the decisions that they take. It is like something from Eastern Germany circa 1983. One of my sources – a person very much in a position to know, not long ago told me that if Bexley Council were to transmit council meetings live on YouTube (which some other local authorities have been doing for some considerable time) most viewers would either fall asleep or click away onto content that was less tedious. Most Council meetings are actually very boring to the observer – nevertheless, I, and many others feel that we have the right to know what our elected local officials get up to – after all, they answer to us, not the other way round as some in the Council would have you believe. I know that Malcolm Knight of Bexley is Bonkers also feels very strongly on this subject, and has been directly involved in the issue on several occasions in the past, and attended a council meeting only this week where a person was repeatedly threatened with Police intervention when he made an audio recording of the proceedings; I get the feeling that this story has a lot further to run – we shall have to wait and observe developments. I would not be at all surprised if this story did not become of national interest very soon.

I don’t know how many Maggot Sandwich readers read the comments that are posted by others at the bottom of most entries; I do get some fascinating feedback. Comments don’t go live automatically, as for a long period of time I was beset by (mainly Chinese) spammers who were posing as genuine comment makers. Google have improved the filtering now, and things are a lot better, but I still have to moderate comments – and I do publish negative ones on the odd occasion that they are submitted – I don’t censor other than to remove spam. Last week I had a very interesting message from a chap called Brett Smith, who is a presenter on a web based radio station called Radio Sutch. The original Radio Sutch was a station that was set up on the 27th May 1964, and was based on the old WWII Shivering Sands army sea fort. It was run by “Screaming Lord Sutch” and broadcast (intermittently) on 194 metres (1542kHz) medium wave. The broadcasting hours of Radio Sutch were somewhat variable – DJ’s would wake up late for their shows, or the studio equipment would experience regular breakdowns. Even the transmitter was a total lash – up, based on a heavily modified wartime Royal Navy H.F unit re – crystalled for medium wave, which powered from a bunch of truck and milk float batteries. After four months, Sutch got tired of running the station, and sold it on to businessman Reg Calvert for a reported £5000, who renamed it as Radio City, and re-launched it. The new station has the same musical format as the original Radio Sutch – basically music from the 50’s and 60’s that was considered “left field” at the time. You can read more about the re-launched Radio Sutch by clicking here. You can also listen online to their pre – recorded and live shows. I think it is great to get a really unusual niche station broadcasting online – the FM and AM bands are full of so much generic rubbish nowadays, that it takes an online broadcaster to do something significantly different and a sight more adventurous. Let me know what you think by leaving a comment below.

The News Shopper have been very active in promoting Ray Hurley’s Welling based Micro Pub,  “The Door Hinge”. This week they have given the place a second write – up, complete with an embedded video, which is an unusual touch from them. You can see their coverage by clicking here. It will be interesting to see whether the place gets considered for Bexley CAMRA pub of the year next year; the Robin Hood and Little John will not be eligible to enter (under Bexley CAMRA rules, a pub that wins one year is not allowed to enter the competition the following year – this was brought in a while ago to stop the Robin Hood and Little John winning every year, as it had done for the previous ten years in a solid row). I think the Door Hinge is an excellent little place with much to commend it; about the only down side for me is the location, which in practical terms means a cab ride, as the journey by bus from darkest Erith is on the tortuous side, involving a change and much hanging around in areas like Bexleyheath Broadway – not somewhere I am keen to venture at night. Having said that, the Door Hinge is a congenial and welcoming place; Ray is an excellent landlord (like his namesake in the Robin Hood and Little John) and the novelty of a micro pub in the locality is a bonus too. It helps that the beer is of superb quality and very well kept. Do give it a try. 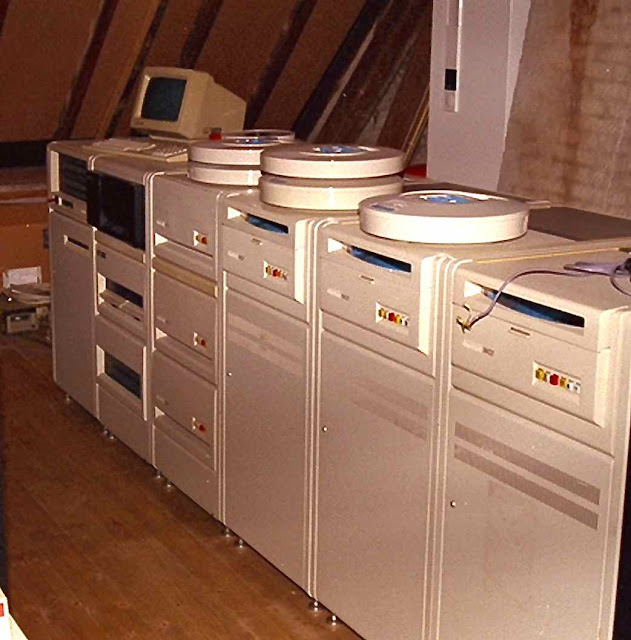 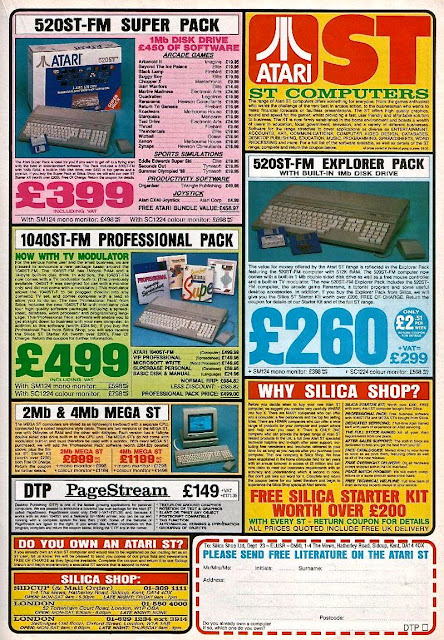 Unusually there are two ending videos this week; they are both from a brand new band that have just released their debut album, which is called "Dimensionaut" and the group is called "Sound of Contact". I would be interested in what you think of the two videos below. The first was filmed out Sound of Contact's first ever live gig; the second is a more conventional music video designed for use online and on television. If the singer / drummer looks and sounds somewhat familiar, it is not too surprising. His name is Simon Collins, and his dad is Phil. Watch the videos and please feel free to leave your comments below.