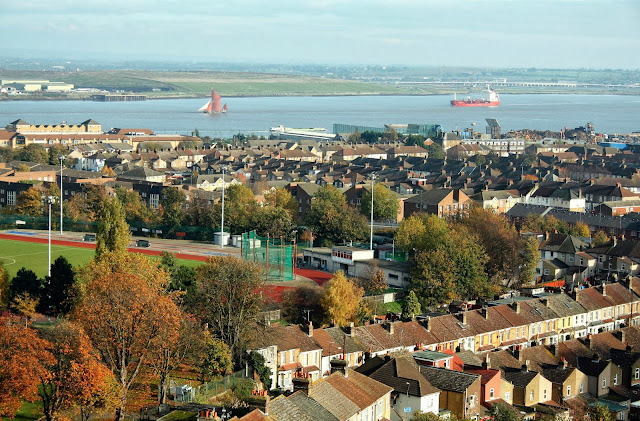 The photo above was taken by photographer and Erith resident Petras Gagilas from from high up in one of the now demolished tower blocks on the Larner Road housing estate, now renamed Erith Park. It shows the view looking North East over Erith Town Centre and the River Thames. You can see more of Petras's excellent photographs by clicking here.


As I was getting ready for work earlier this week, I heard a loud thump as something came through the letter box of Pewty Acres. I went downstairs, mystified. I had not ordered anything online, and whatever had come through the door had made a pretty substantial noise as it landed on the door mat. It turned out to be a copy of Yellow Pages. You may recall that some months ago I bemoaned being sent a hard copy of the local telephone directory, which I felt was a waste of resources as very few people use it nowadays. My copy went straight round to the recycling point, unread. I later found out from Malcolm Knight (who, before retirement was the guru behind the compilation of all UK telephone directories) that it is still a legal requirement for BT to produce a hard copy directory for every household. This is not the case for the Yellow Pages, which has indeed shrunk to a shadow of its’ former size. I know that Yell.com has taken over for much of their business, and I don’t know how they can justify still stuffing the paper directories through everyone in the local areas’ letter box. Mine has gone for recycling. I strongly feel that there ought to be an “opt in” option for those who still need a hard copy of the book. I doubt the level of take up would be very high.  What do you think? Do you still hanker after the reassuring bulk of the printed directory, or do you prefer to browse for traders and contractors online? 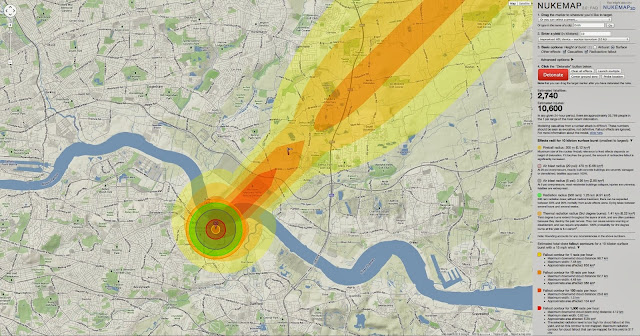 Whenever I feature an article about the history of Erith and the surrounding areas, I get very positive feedback from readers; I wish I could have history articles more regularly, but as the amount of information is finite, I have to ration it. Despite this situation, this week the Maggot Sandwich has a guest contributor; the gentleman in question has lived in and around Erith for many years, and has many memories of the old town centre, prior to its' demolition. As he is also one of my confidential contacts, he will remain anonymous...

My connections with the town go back two generations as my grandparents once lived at The Nursery, North End, my father went to the primary school there and he married my step mother from Crescent Road, Erith in the Baptist Chapel in Queen Street. My own knowledge of Erith probably starts in the mid 1950's when we used to pay our electricity bill at the LEB shop at the top of Pier Road having travelled there on the 122a bus. In the same parade of shops was the original Owens Ironmongers shop who used to fill the pavement outside with their wares. My grandmother used to take me for a Knickerbocker Glory ice cream treat at Dimasio's a little way down on the opposite side of Pier Road. Although I cannot remember all the shop names Barclays Bank was the the first premises on the south side of Pier Road, other shops were a mens clothing shop (Braybrook's or Clare's), a photographers (Gilbert's), a stationers (Randal's), Woolworth's, a bakers (VV Carrier) and a greengrocers.  On the bottom corner with the High Street was the Westminster Bank. Around this corner was George Mence Smith's, the ironmongers and then Tip Top Bakery. Crossing Queen Street were other shops and around the next corner in Avenue Road was Self's, a jewellers.  Opposite this small parade of shops was the Prince of Wales pub and restaurant as well as the main bus stops out of Erith. There was also a Salvation Army hostel next to the pub. My school arranged an annual visit to the Odeon cinema on the corner of the High Street and Avenue Road. On the corner opposite the Odeon was a Co-operative store. From the Odeon back along the High Street was a DER TV rental shop, another mens clothing shop (Braybrook's or Clare's) - I think they were related. The Midland Bank was next door although this changed from a single shop premises to a double one in about 1962.  On the corner of the High Street and Pier Road was Invicta Carpets.  On the opposite corner was a Montague Burtons store which was set back a little and it had a dance studio which I once attended.  The next shop was a chemist Howells and Harrison and then a sandwich shop run by a Eastern European man who prepared fresh sandwiches in a slow automated fashion and could never be rushed! There were a few other shops along this side of the High Street towards the White Hart pub including a shop that only appeared to sell foam rubber seating material.  Further along this side was the Erith Playhouse and the Cross Keys pub. Opposite the White Hart was Erith Post Office, one of the few remaining establishments still in the town.  Back towards Pier Road was Alibar's, a tool and electrical shop, Stevens the butchers and Boots the Chemist. It's now time mention the main store in Erith - Hedley Mitchell's Department Store which I estimate occupied about eight to ten shops around the corner of the High Street and Pier Road.  This shop was the mainstay of Erith's commercial existence and when it closed it was the start of a period of Erith's decline. The shop was certainly quaint especially the method of passing customers cash to a remote office via a series of wire pulley systems. There were other shops back up towards Cross Street including the Estate Agents Jennings and Barrett, a solicitors Charles Weedon and a sweet shop. On the other side of Cross Street was another cinema whichwas called the Ritz, but this was never open during my time in Erith. Other pubs that I have visited were the Running Horses and the Plough near where the railway crosses the main road towards North End.  The Riverside Gardens were laid out with more grassy areas than now and there was the Burndept building just before the creek where the Sea Scouts had a vessel moored as a HQ. Factories that I remember in West Street were Venesta's, Submarine Cables and Sebel's (Mobel Toys).  There was also a railway line with level crossing gates across West Street close to Osram GEC. I also seem to remember that there was a firm who made guitar amplifiers - Vox. Further towards Belvedere were firms such as BOCM, BICC, Burt Bolton and Haywood and Leon Frenkel. At the junction of Crabtree Manorway (when it was a continuous road to the river across level crossing gates) and Lower Road is a semi detached house with a shop which was occupied by my uncle and aunt and his parents and they ran a Market Garden or Nursery called George Ford.  I spent many times looking around the greenhouses which were used to raise tomatoes and bedding geraniums. At the entrance to the nursery were a pair notice boards which were sign written by my father. Sadly the 1952 floods caused havoc to the premises and although they traded for a few more years Bexley Council decided that their plot would make a good place to build a primary school so it was compulsory purchased. I worked in one of the Banks in the town from 1961 to 1964 when I was transferred to another branch.  I never saw the dismantling of the town into the first concrete monstrosity which I am glad about as I had so many happy times while working in the old town there. I also never saw the the building of the second generation of the town centre.

Excellent, very evocative stuff. Many thanks for it.

My personal fight against local fly - tippers has taken a positive turn. Unfortunately I am unable to give precise details at present. This is due to the event possibly being part of a legal action. Take a good look at the photo below (click for a larger version). 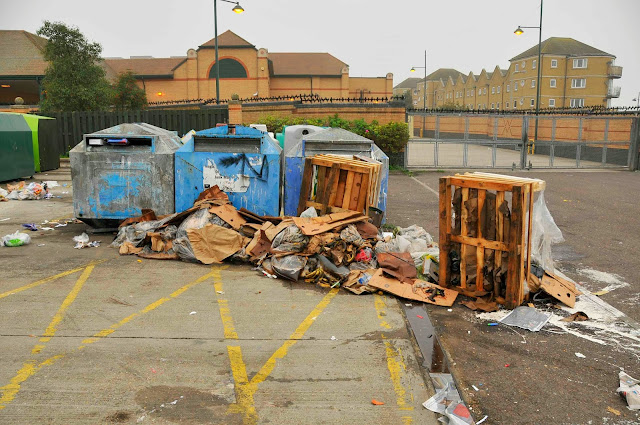 Just be grateful that you cannot smell from a digital photograph. The stench from the dumped pallets was utterly revolting. On Tuesday evening I popped round to the Council recycling centre to drop off some glass bottles, cardboard and a couple of empty soft drinks cans. I caught a couple of people illegally fly tipping the load of extremely rotten bananas that you can see in the photo above; so far gone were they, that they reeked of a mixture of vinegar and ammonia; the smell was disgusting. I have passed the photos, along with an account of what transpires to the relevant authorities, and actions are being taken. I hope to be able to report more fully soon. You can read more about the incident on the Erith Watch website here.


A new local blog has been started, and very good it is too. It is the diametric opposite of the toe - curlingly bad Bostal News (sic). In that it is well set out, engagingly written and totally original. I would urge you to give The Thamesmead Grump a visit, and add to your browser bookmarks. I for one will be checking it regularly. Nice to see a couple of new faces added to the local blogging community.


The end video this week is by online cook and general bonkers person Titli Nihaan - why she does not have her own TV show, I really don't know; she's excellent, and very funny. This week she cooks an extra hot, very tasty Chicken Vindaloo curry. Do give it a watch and see what you think.