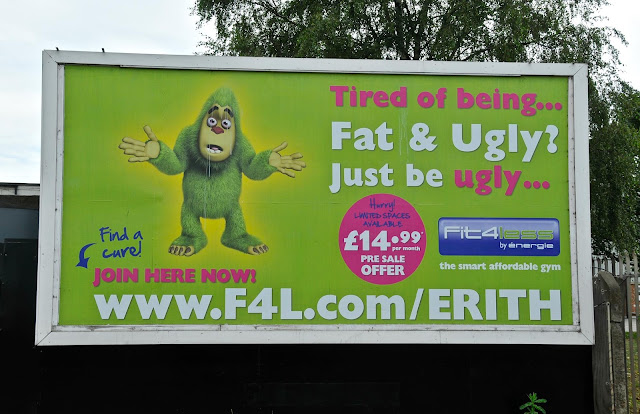 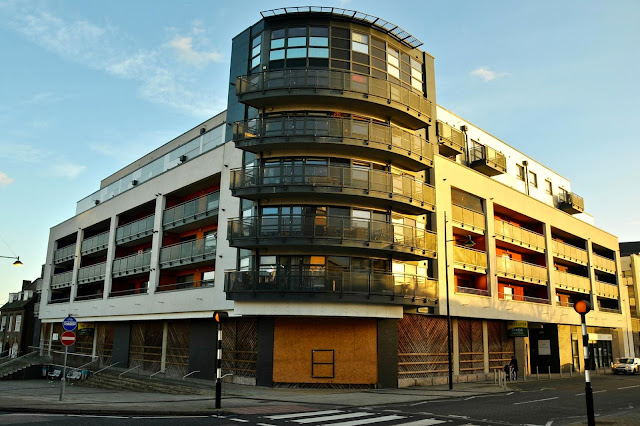 Long-time Maggot sandwich readers may recall that some time ago I bemoaned the closure of my favourite restaurant –the cheap and cheerful Sweet and Spicy in Brick Lane, which closed due to a huge increase in the cost of their shop lease a couple of years back. As I mentioned at the time, the area around Spitalfields and Brick Lane is becoming increasingly gentrified; when I used to work in the area in the mid 1990’s it was still primarily involved in the clothing industry, with many small factories and warehouses in the locality. It was rather rough and ready to be honest, but in a way I am quite grateful that I was able to experience the end of the East End as it had existed for a good couple of hundred years. Sweet and Spicy was nothing like the other restaurants in Brick Lane, which even twenty years ago were pretty much tourist traps. Instead Sweet and Spicy catered for the local residents – the Pakistani and Bangladeshi factory workers, and the congregation of the nearby Brick Lane Mosque. It had lino on the floors, melamine wipe clean tables and counter service. The menu was short compared to a normal British Indian style high street restaurant, and the curries cooked long and slowly, with the meat mainly being served on the bone. Food portions were huge, extremely cheap and utterly delicious – it was home cooked, rather than restaurant style, and all of the better for it. The place had an amazing reputation, and was busy from 11am until they closed at 11pm. It was one of the only places where you could get a curry for breakfast in the whole of Greater London. You can read more about the legendary Sweet and Spicy here. When it closed down in 2013 I was upset – it was a rough diamond of a place; when I first went there I was usually the only white face in the place, but only a handful of years later the customer demographic was far more diverse. This diversity ironically may have been what eventually led to its demise. As wealthier people started using the area around Spitalfields and Brick Lane, the rents started going up and the traditional look and feel started to change. I never thought that I would find anywhere that had anything approaching the atmosphere and food that Sweet and Spicy had, but I am pleased to announce that I have found a restaurant that comes pretty close in many ways, and it is local! The Punjab Curry and Grill in 309 Broadway, Bexleyheath is the nearest place I have come to proper, home cooked food that is generous in portion and reasonably priced. I went there last Friday evening with two friends – including the one who recommended the place – and his family is originally from the Punjab. We had poppadoms and dips, starters and a main course each with rice and garlic naan breads. The food was excellently cooked, nicely presented and the final bill for the three of us came to £32.95. The Punjab Curry and Grill does not have a drinks licence, but a wide variety of non – alcoholic drinks are available, and visitors are able to bring their own with no corkage fee. There is a small independent (and rather quirky) off – licence a couple of minutes’ walk away in Lion Road if this takes your fancy. The Punjab Curry and Grill could be a bit of a culture shock to someone used to a bog standard high street curry house. It is more akin to a transport café with nice décor and waiter service. The food menu does have a few nods towards the high street favourites, but many of the dishes are most definitely not the usual kind of thing one would expect; for example, I had Punjabi Goat Curry, which came served as a plate of meaty ribs with a thick, rich and spicy curry gravy. Other curries include Rabbit, Turkey  and Bater (Quail).  I will be heading back to the place sooner rather than later – and it has the added bonus that it is also within easy walking distance to the superlative Robin Hood and Little John – my favourite pub of all. 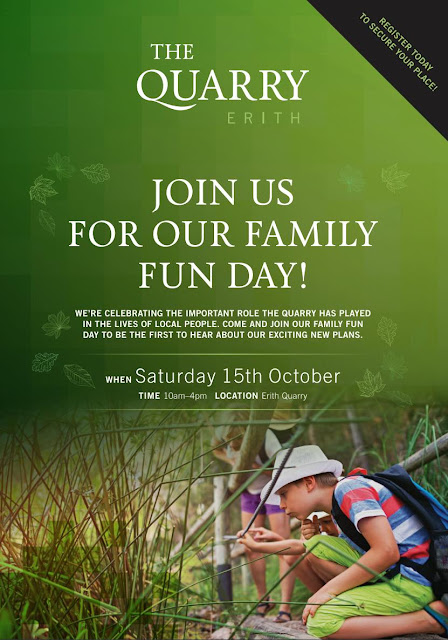 The Erith Quarry housing development will be holding an open day on Saturday the 15th October between 10am and 4pm. You can find out more on their website here. I will be going along with my camera, so please feel free to come and say hello. 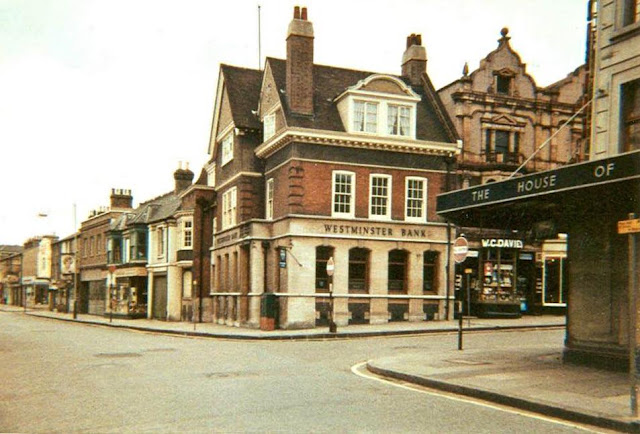 The photo above shows part of Erith High Street back in the summer of 1966, shortly before it was all demolished to make way for the hideous 1970's brutalist concrete shopping centre, which was universally hated by all. It took the extensive remodelling and re - engineering of the centre around ten years ago to turn it into the light and pleasant venue it is today.

As a lifetime non - smoker, the upsurge in the use of electronic cigarettes really means little to me personally, but I know many people feel that they are a way forward in their desire to give up smoking completely. I have written in the past that I would reserve my judgement on the use of them until better scientific evidence became available - well, it would appear that it has now done. More research into electronic cigarettes has reported positively on the devices, finding evidence of their use as smoking cessation aids and finding that they do not appear to cause any serious side-effects. An update to the Cochrane review on electronic cigarettes has restated the findings of the initial research, which was completed two years ago. It found that e-cigarettes are potentially a valuable smoking cessation aid, although there was not enough evidence to conclude that they helped people quit smoking confidently. The updated review now also includes observational data from an additional 11 studies which found no serious side-effects from using e-cigarettes for up to two years. Aside from throat and mouth irritation, which commonly dissipated over time, the review’s co-author, Jamie Hartmann-Boyce, said “in the short to medium term, we didn’t find any evidence that they were associated with any serious side-effects.” Evidence from two trials found that e-cigarettes helped smokers to quit in the long term, but “the small number of trials, low event rates and wide confidence intervals around the estimates” meant that the researchers could not conclude with confidence that e-cigs helped smokers quit more than other cessation aids". Nevertheless, it would seem that they are a hell of a lot less harmful than traditional cigarettes - and I reckon it will not be long before the government begins to tax them like the real thing.

In a story first covered by Darryl of the excellent 853 Blog (so named because it covers Charlton, Lewisham and Woolwich – which at one time was covered by the old 853 telephone dialling code). As well as being a blogger, Darryl is a “proper” journalist with all of the skills that entails. He has uncovered a story around the venerable News Shopper – our once local, but now a regional paper. The paper had offices in Petts Wood, but these were closed down last year, with the remaining staff transferred to offices in Sutton, Surrey in order to share offices with its sister newspaper, the South London Guardian. Darryl writes:- “Last month, the Shopper’s Greenwich edition was merged with the neighbouring Lewisham paper. The Gravesend edition was also merged with its Dartford counterpart. Now all the Sutton-based staff – bar the web editor and managing editor – have been put on notice of redundancy. Four reporters, two content editors, three sub-editors, an editorial assistant and the deputy managing editor will lose their jobs by mid-October. This will leave just 12 reporters and four content editors to produce 11 South London Guardian papers, four News Shopper editions and their websites, the National Union of Journalists says, including news, sport and leisure coverage. The cuts come despite Newsquest making £70m profit last year. The News Shopper is one of its most successful titles on the web, although the strain of cuts is starting to show with simple mistakes showing in news stories and, more damagingly, in the printed papers. Staff are already being balloted for strike action over inadequate staffing, increased workloads and “reduced quality of newspapers”. Reporters walked out last year in protest at a previous round of cuts and the move to Sutton”. I knew about - and have written about the ill – advised move to Sutton, but until I read Darryl’s piece, I was not aware of the further round of redundancies. I have commented at length at the inaccuracies and obvious lack of knowledge that has crept into the News Shopper journalism over the last couple of years; on recurring error is the News Shopper repeatedly referring to Yarnton Way as being located in Erith, when it is actually on the Lower Belvedere / Abbey Wood border. I have written to the paper on more than one occasion to point this out, but with no effect.  Errors of this nature will only get worse. What do you think? Leave a comment below, or send me an Email to hugh.neal@gmail.com.

The end video this week is some aerial footage taken over Danson Park. I know aerial drones are pretty commonplace these days - you can even buy quite decent ones in Maplin, but this footage is pretty awe inspiring. See what you think.