Local customers of the Belvedere branch of Lloyds Bank have started a petition to try and save the well used and much loved branch, which is slated to close for good on the 28th of May, as part of a programme of cutbacks and branch closures enacted by the giant banking group. Objections have come from elderly people who don't use online banking, and a number of local businesses who have commercial accounts at the branch in Nuxley Road. It is rumoured that the site of the bank has been, or is about to be sold off to a property developer for a series of flats to be built, which would not at all surprise me. The lady behind the online campaign said in a recent online interview that:- "It would be awful to lose the small number of independent shops we have if they are unable to bank locally. The village and surrounding area of Belvedere is also home to many elderly residents. Some of whom are unable to travel on public transport to Bexleyheath or Woolwich. For those who can, it’s not very safe for them to carry large quantities of cash around with them if they are elderly and vulnerable. I understand that a lot of banking is done online. However, many people feel safer and more in control of their money when having the guidance of actual humans. It’s good we are evolving with technology and moving forward with the times, but sometimes certain circumstances mean people need a local bank". The News Shopper contacted Lloyds for comment about the branch closure, and a spokesperson gave the following corporate line:- "We have made the difficult decision to close Belvedere on 28th May 2020 due to the changing ways customers choose to bank with us, which means the branch is being used less often. We are sorry for any inconvenience this may cause; customers can continue to bank locally by visiting the nearby Post Office, which is less than half a mile from the branch. The nearest alternative branch is Bexleyheath". The Lloyd's spokesperson is obviously not familiar with Belvedere - the post office is actually around 100 metres from the Lloyd's bank branch, not half a mile as they stated. What do you think? Email me at hugh.neal@gmail.com. You can sign the online petition by clicking here.


In a move which will have been a surprise to many readers, fellow local Blogger Malcolm Knight has taken the decision to revise and remodel his Blog "Bexley is Bonkers". The long established, influential and popular site has been retired in its present form. Instead it has been relaunched in a far more slimline and responsive version. Malcolm writes:- "Readers who looked at the website yesterday and found it gone deserve an explanation of what is going on, or at least a partial one. Bonkers is ten years old and has grown far too big. Even though redundant pages have been progressively weeded out there are close to 40,000 files and very nearly 100,000 hyperlinks, It may be a conservative estimate because the Menu is a separate entity and the file counter excludes pages linked only from the Menu. On top of that there are 30,000 images and that is after deleting a great chunk of them last year and again recently. The site is hand coded, no Wordpress or anything like that so the housekeeping tools are primitive. I can no longer keep on top of it and it is time to start again. I might also add that with increasing age and having lost my original team of helpers I frequently lack the energy and enthusiasm to follow up leads and attend meetings. (Nearly 77 and generally flu ridden in case you are wondering.) For the future Bonkers probably will not die completely but I expect Council meetings will more often be reported from the Webcast - when it works properly - rather than driving to the Civic Offices and very occasionally running the gauntlet of people I would rather not. In the streets, not in the Civic Centre I hasten to add. I also genuinely feel that Bexley Council has improved immeasurably, there are things I don’t like but it must be five years since a Councillor or Senior Officer became involved in something which was criminal and caused the police to investigate and refer cases to the CPS. Readers like scandal and while that was going on I could count on more than 10,000 unique visits per month to the site from Bexley people and far far more individual repeat visits. With nothing very special going on those numbers are well down, 5,000 unique visits would be a good score in 2020. One wonders whether it is worth the effort but I do get a huge amount of encouragement to continue from the loyal few. One thing that surprises me is that when I indulge in wildly off topic subjects and perhaps rant about something or other the number of visitors goes up so I may do more of that sort of thing when Bexley news is thin on the ground. You will have probably noticed that the Menu is now much smaller than before. Every page sources its Menu from the same file so they are all identical except for the Contact form pages which are compiled from a commercial package which is not fully compatible with the main Menu system. It is a pain to construct separately and it will not be updated in line with the gradually expanding Main menu until the latter becomes stable. The banner icons which allowed quick access to blogs, Today, Month and the rather obscure Any Day will be restored as soon as possible but until then the Menu is the main navigation point As you should notice - well you are here! - the 2020 blogs are restored but any references back to previous years will fail because those earlier blogs are not on line at all, not even in some hidden form. If I ever find the time the backward references will gradually be restored. but there are more than 5,000 to trawl through. Council meeting reports will probably be the priority but many older blogs may never be seen again. Finally because Bonkers was never designed to be a blog the main entry pages do not directly access the blog pages. The tail wagged the dog of the original plan and it has always annoyed me. I am not sure how yet but the plan is that www.bexley-is-bonkers.co.uk will display the latest blog page immediately. For a long time www.bexley-is-bonkers.com always has but almost no one uses it and it costs quite a lot of money to maintain! So there it is. Thank you for your patience and I hope the occasional visit to Bonkers will continue to be rewarding". I sincerely hope that Malcolm continues with his insightful, pithy and witty Blog postings - he has established himself as a vital local commentator. What do you think? Please feel free to contact me by Emailing me at hugh.neal@gmail.com. 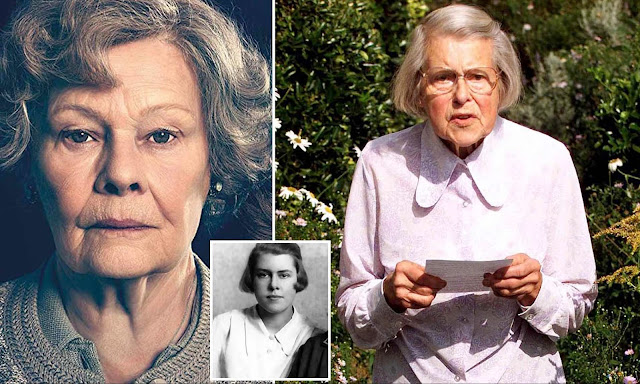 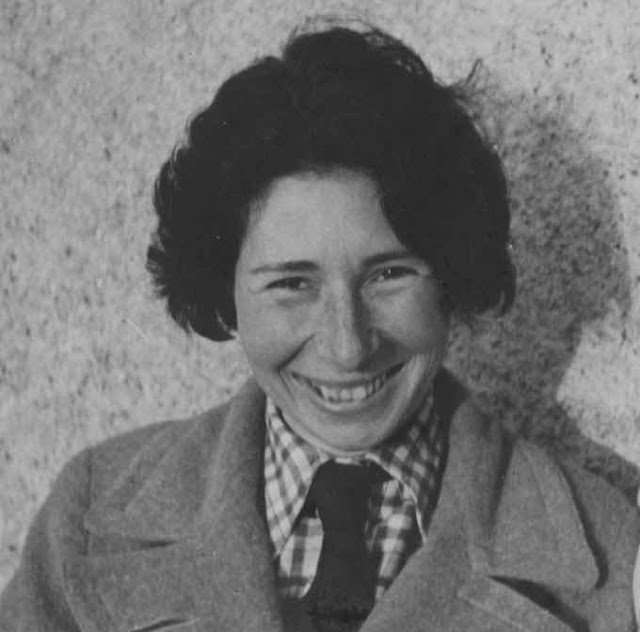 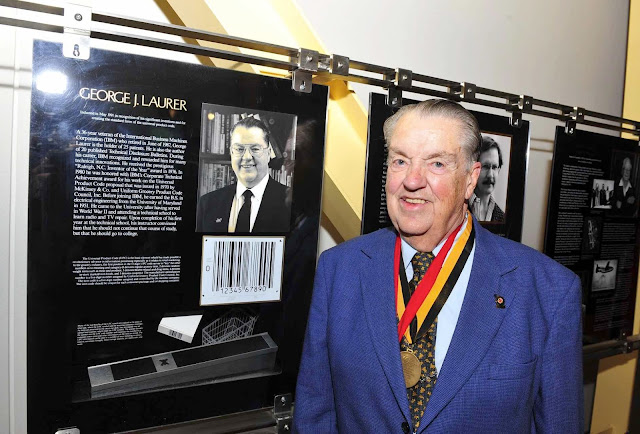 I found out this week that the inventor of the barcode recently died. George Laurer was born in New York City in 1925. He attended a technical school to learn how to repair radios and televisions, but his instructor persuaded him to reach higher. Laurer joined IBM where he developed what is officially known as the Universal Product Code - better known as the barcode. The Universal Product Code is now a packaging mainstay on everything from cereal boxes and produce to electronics and aeroplane tickets, but it might not have worked without IBM engineer George Laurer. Laurer, who died in December aged 94 in North Carolina, had been given an assignment by his manager: Write a proposal for supermarket executives explaining how IBM would take a previously invented bar code pattern, in the shape of a bull's-eye, and make it work in supermarkets across the USA. Instead, Laurer had created something else — the bull's-eye was gone and in its place was a linear bar code. Laurer had deemed the bull's-eye design unworkable. The circular code, inspired by Morse code and patented by N. Joseph Woodland and Bernard Silver in 1952, was too small, and it would smear when run through the poor-quality printing presses used for most food labels at the time. "My nature and my training would not allow me to support something I didn't believe in," Laurer said in a 2010 interview. "I simply went against my manager's instruction and set out to design a better system." In a rented space in Raleigh, Laurer and a team of IBM colleagues refined and tested the design. Woodland, who created that first bull's-eye bar code and whom Laurer called the father of the supermarket scanning system, came on board to help. When it came time to present to the team of supermarket executives, Laurer said his boss "made it clear that if I was wrong or I could not sell the idea to the brass, it would end my career, not his. My arguments must have been persuasive". Over his lifetime, Laurer received more than two dozen patents. But he never got rich from his most famous breakthrough. That's because IBM didn't patent the UPC and mostly gave it away to sell scanning equipment. Laurer didn't get recognition for his innovation until decades later. Even once stores widely adopted the barcode, Craig Laurer said, his father didn't think it would have the longevity it ultimately has. "He expected it to be supplanted with some other technology within a decade or so," he said. "Instead, it grew beyond the grocery industry into all retail and then worldwide." Today, the barcodes Laurer designed are scanned more than 6 billion times a day, according to the nonprofit organisation GS1, which manages the codes."My father always said he would go to the supermarket, and just stand there when they checked him out, knowing that it was his invention," Craig Laurer said. "But he'd stand there in awe and say, 'This just can't work this well.' It amazed even him." What do you think? Email me at hugh.neal@gmail.com.

The end video this week is a visitors impression of the local area. It is interesting to see how an outsider sees what locals live with on a daily basis.