The photo above was taken by me early on Wednesday afternoon; it shows the demolition of the former NYNE bar, located in Bexleyheath Broadway, adjacent to the corner of Lion Road. The NYNE bar and nightclub was unique in the area. There are many nightclubs, but NYNE was unusual in that it held regular events for people with special needs and their carers. The place was even featured on the BBC News website, which you can see by clicking here. Before being a nightclub, the venue was a snooker hall; I do not know what the redevelopment plans for the site now are. The building was largely of wooden construction, and I guess rather past its prime of life. It is worrying just how many empty retail units there are in Bexleyheath at present; not all are due to the Covid-19 pandemic, though I am sure that this may have been a contributing factor for some.
I have written in the past about the law of unintended consequences, and how it can affect people. I have also written about my concerns regarding the "Internet of Things" - especially in relation to home security devices which in some cases may worsen, rather than improve security. Amazon’s home security brand Ring is recalling roughly 360,000 of its Wi-Fi enabled video doorbells over concerns they may catch fire when incorrectly installed. The recall affects Ring’s second-generation video doorbell, with the defect appearing on units sold in the US and Canada between June and October of this year. Ring includes two sets of screws with its doorbell: the first are wood screws designed to affix the doorbell to a wall, while a second set of Torx T6 screws are used to attach the doorbell to its mounting bracket. What happens if you mix the screws up? The battery may be damaged by the wrongly chosen screws and overheat, according to recall notices posted on the websites of Health Canada and the United States Consumer Product Safety Commission (CPSC). In other words, if you pick the incorrect screw, you end up puncturing the battery, which is not good. To date, Ring has received 85 reports of overheating (and, in some cases, exploding) Ring units in the United States. In 23 cases, the fault resulted in property damage, while eight people reported suffering “minor burns.” Health Canada has reported just one incident, which produced no injuries or damages. Ring is estimated to have sold 350,000 units of the affected product in the United States during the period, with a further 8,700 sold in Canada. Customers aren’t expected to return their existing devices for a replacement or refund, but are being encouraged to contact Ring for updated installation instructions. One point to note is that the issue only affects Ring doorbells sold in North America; ones sold in the UK would appear to be unaffected - at least, to my knowledge, no incidents of inflammable Ring devices have to date been reported in the UK.  More on this issue in the future. 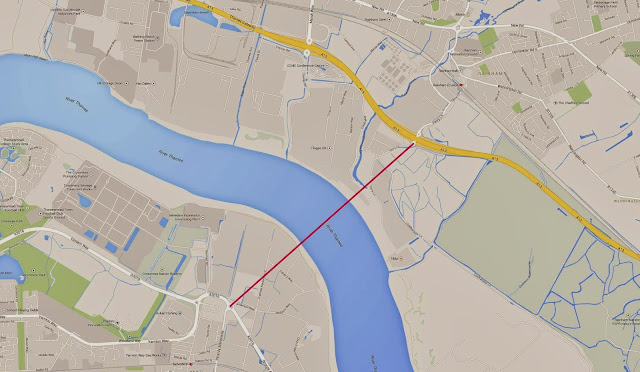 Woolwich / Charlton based blogger and "proper" journalist Darryl Chamberlain, who runs the excellent 853 news website, has uncovered an update to a story that I thought was dead and buried. It turns out that the plans for two new river crossings, at Gallions Reach and Lower Belvedere may possibly be back on, after originally being cancelled in 2016. You can read the whole article on the 853 website here. There is a degree of polarisation of opinion regarding the necessity of extra river crossings; Latest estimates have London’s population growing by 1.5 million in the next 15 years, with South East London already taking on vast new housing developments. Proponents of the scheme believe more road links linking the north and south banks should be built sooner rather than later to accommodate the extra traffic this would bring. There is also a discrepancy between crossings in the West and East of London – there are twenty six Thames crossings between London Bridge and Kew Bridge to the west, while there are only eleven from Tower Bridge to Dartford Crossing in the East. I have mentioned the proposals to build either a bridge or a tunnel that would link Lower Belvedere with Rainham in Essex on several occasions before. Both options have plusses and minuses. There are a number of factors to consider if building a bridge at Belvedere:- 1) It would be close to major working wharves and would therefore require a high and long span, which could increase the cost to be similar to the cost of a tunnel at Belvedere. 2) Pedestrian / cycle facilities could be accommodated, although users would be exposed to poor weather. 3) Being further from the London City Airport, there is more flexibility on the type of structure that can be built than at Gallions Reach. Conversely a tunnel would have its own issues:- 2) It could be a similar cost to a bridge. 2) It would have little or no impact on shipping. 3) It potentially has less of an impact than a bridge on local properties and the future development of the area, particularly after construction. 4) It would be less susceptible to poor weather than a bridge. 5) A pedestrian and cycle tunnel could be considered less attractive to users than a bridge You will see a map above (click on it to see a larger version) which graphically indicates the route of the tunnel I propose – click for a larger view. The tunnel I propose is purely my own thought, and is not intended to reflect on any of the other “official” transport solutions which are currently being proposed. My suggestion would stretch between the Ferry Lane roundabout, South of Rainham town centre and the A2016 Bronze Age Way / Picardy Manor Way roundabout in Lower Belvedere. In effect, this would connect the A13 and Rainham in South Essex with the A2 and M25 via Bronze Age Way, and the South Circular via the A2016 Eastern Way towards Woolwich. It could also have the added bonus of connecting Rainham and Belvedere railway stations via a regular bus service through the tunnel. My vision would be of a structure very similar in size and scope to the existing Medway Tunnel which links Strood with Chatham in Kent. The Thames tunnel would use the same kind of immersed tube construction that the Medway Tunnel does – that is, sections of prefabricated tunnel sections are sunk into the river, joined together, then the water is pumped out. This relatively new method of construction is well suited to shallow and medium depths of water, and creates tunnels which are both very strong and relatively cheap to construct. Unlike the Medway Tunnel, I would hope that the Lower Thames tunnel would permit the use of bicycles via a raised cycle / walkway kept physically separate from the vehicular traffic. As previously indicated, by the time any tunnel of this nature had been constructed (which I understand normally needs an Act of Parliament) the level of harmful pollutants emitted by vehicles will be far lower than the already pretty low levels now, and many of the cars may well be zero emission. What do you think to the idea that the Belvedere to Rainham river crossing may actually happen after all? Email me at hugh.neal@gmail.com. 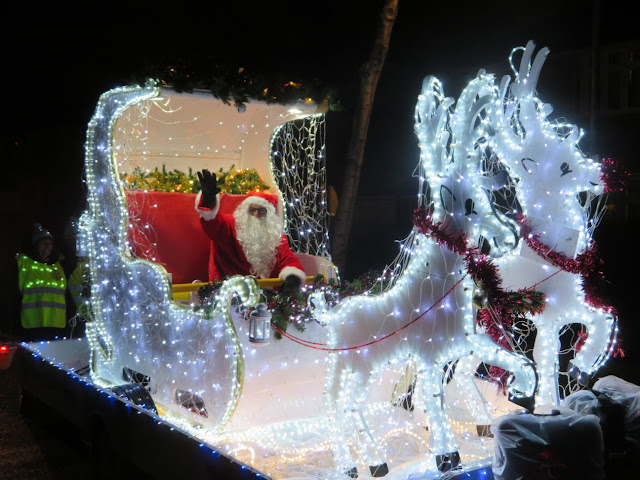 Now for a special message:- "For over 60 years, The Rotary Club of Erith has brought joy to the local community at Christmas, by touring the streets with Santa and his sleigh and raising thousands of pounds for local charities and Special Schools, at the same time. Perhaps this year, we all need him more than ever! Whilst there will have to be big changes this year, planning is underway to continue the tradition. With Santa’s Elves in lock down, preparations are much more difficult than normal but they are determined to get the job done in time for the big day! So, it is very much a case of keep your eyes on their website www.erithrotary.org and Facebook www.facebook.com/FatherChristmasSleighErith  page for further details".

Now - an appeal from Bexley Campaign for real Ale (CAMRA) in respect of the currently closed and empty pub, The Belvedere Hotel, located at the bottom of Picardy Road, in Lower Belvedere:- "The Branch Chair was contacted this week by Bexley Council Planning officials in consultation about the outstanding application for residential development.  The pub has lain empty for a full year or more now and the application is not trivial.  We invite comments and replies on this, which, under reference 20/00311/FUL, is to be found in the Council Planning pages at https://pa.bexley.gov.uk/online-applications/search.do?action=simple&searchType=Application. In response to the approach, we have replied emphasising the significance, from our point of view, of ensuring that due process is done in regard to CAMRA's guidance on public house estate offers to the market.  Interested readers may wish to know more about this, or have questions to raise which we might be able to help with, or feel impelled to act in this or other cases.  We can be contacted at chair@bexley.camra.org.uk." 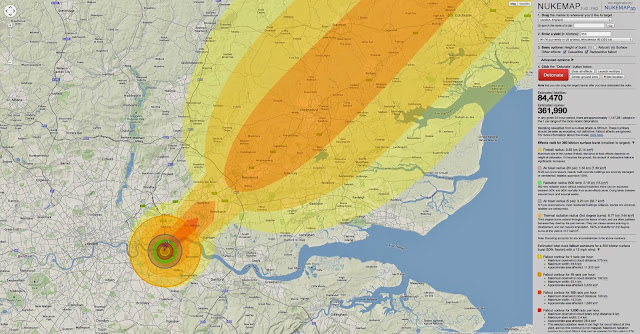