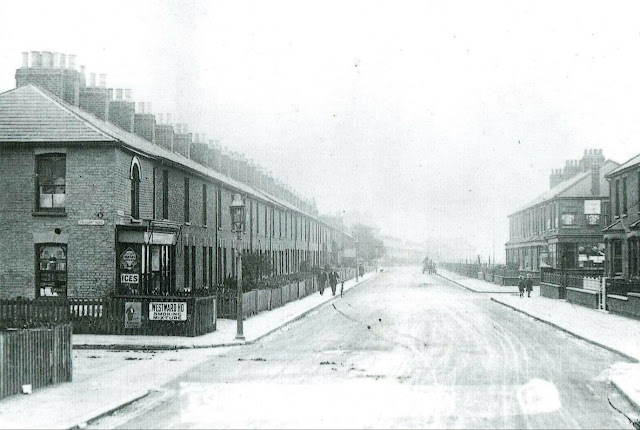 Both of the photos above show the view looking Eastwards along Manor Road in Erith; the top photo was taken in approximately 1920, and the lower photo was taken by me last week. It is remarkable how little the view has changed - excepting the different aspect ratio of the lenses used to photograph each scene. What was a newsagent and tobacconists shop (and later on, a fish and chip shop) is now The King of the Grill kebab shop. Other than that, the changes over the century are in essence minimal.
As we head towards Christmas, a relatively new form of crime is becoming increasingly common. It is called Porch Piracy – criminals targeting people’s porches and apartment entrance halls to steal parcels delivered by courier services. As more and more people buy online from web based retailers such as Amazon, the theft of goods in transit has become a major concern, this has been exacerbated to to a great degree due to the increase in home working and online shopping due to the Covid-19 lockdowns. Whilst some customers fill in the “special instructions” section of the delivery details online with details of a neighbour who a parcel can be left with in the event of them not being home to answer the door themselves, many do not. Delivery personnel may in such cases leave parcels in porches, in bin cabinets, or even propped up against the front door. Personally I have seen Amazon parcels left unattended on many occasions – and these definitely attract both opportunistic and dedicated thieves. Ways to counter “Porch Pirates” include:- 1. Lock boxes: You can build or purchase a rugged lock box for your porch.  Bolt it down to a permanent surface, concrete or asphalt work well. Install a simple combination lock on the box and then share that combination when you purchase something online.  Nearly every delivery service has a “special instructions” section during online checkout. Delivery personnel can then key in the combination and deliver your package to a secure box. To add even more security, change the combination frequently or when you feel you've given it out too many times.  2. Security Services: The emergence of Porch Piracy has created an entire industry determined to prevent these thefts. Amazon, the world’s largest online retailer, has a service called Amazon Locker. Instead of a package being delivered to your porch, the packages arrive at a nearby Amazon Locker location, where they’re placed in a secure compartment. You can collect your package with a code and without waiting in line or talking to anyone. There is a general delivery locker system in Morrison’s in Erith, which has been in place for quite some time. 3. Timely Package Collection:  Pick up your package as soon as it's delivered or have a neighbour collect it. Courier services such as UPS, FedEx and Amazon all have tracking services. This allows you to monitor the progress of a shipment very closely by tracking it online and even by receiving email or text alerts.  You can be notified the moment your package is delivered and then make arrangements to have the package collected. Porch Piracy is a crime of opportunity. If the package doesn't sit on your porch for long the opportunity to steal it is vastly decreased. 4. Security Cameras: Security cameras are a tried and true deterrent for all manner of criminal behaviour. Thieves are very aware of cameras and often look for them before attempting a theft.  Also, if you do ever have a package stolen, you have video evidence to pass along to police and online stores. Camera packages can be purchased relatively inexpensively online, and come with a wide range of options, including wireless capabilities which make them easy to install.  Some systems have the ability to remotely monitor your home from mobile devices like tablets and mobile phones which adds an extra layer of security and better peace of mind. 5. Security Signs: If all of the previous options seem too expensive or too much hassle consider posting a sign in your front window informing the would be Porch Pirate that your home is under video surveillance or has security alarms. Many criminals are not going to take the time or the chance to call your bluff and proceed with their theft. Again, this is a crime of opportunity, and thieves may not see your package as a great opportunity if they think there is a chance they might be recorded - even if they can't immediately see the security cameras. Personally I have a designated neighbour to take parcels if I am not available. I find that this greatly reduces the risk of parcel theft. This is a problem which is only going to grow in severity unless steps are taken to prevent it. Technology, such as Ring doorbells are all well and good, but the human touch of a concerned neighbour is to my mind far preferable. 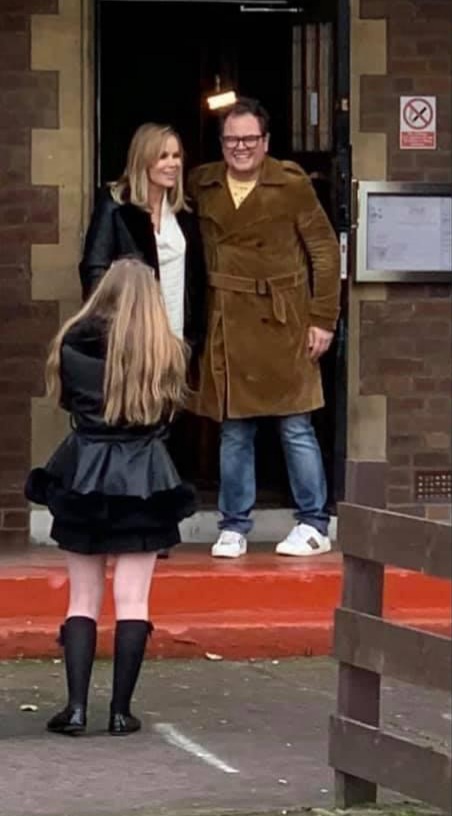 I received copies of the photo above from a couple of readers on Wednesday of last week. The photo was taken on Wednesday afternoon at The Running Horses pub in Erith High Street, opposite the Riverside Gardens. I was somewhat perplexed as to what a couple of "A" list celebrities would be doing in a pub in Erith. From what I have been able to gather, Amanda Holden and comedian Alan Carr were filming for a TV show in The Running Horses. I am somewhat unsure what Mrs. Holden is actually famous for - I gather she presents a couple of television shows, but I am not certain as to the exact details. I do note that both celebrities are not observing correct social distancing, or indeed wearing masks in the photo above, which is certainly a concern. Whilst I am glad to see that the recent change of management in a pub that is closed to the public during the current Covid-19 lock down has found a way to earn a fee from the television production company, it does strike me as rather odd that they have chosen to invite visitors from the West End, rather than locals to such an opening. If you have any insight into the appearance of a couple of television "Slebs" into the local area, then please do let me know. It is all rather unusual, to say the least.