The photo above shows the entrance door to Erith Post Office - somewhere that many readers may have stepped through whilst visiting the post office over the years. Yet the doorway holds a secret, that is only now to be revealed, thanks to guest contributor Pamela today. Pamela writes a piece which has been adapted from a presentation that she made to a local archaeological society last year:- "I am a naturally interested person in the world that I live in. I grew up in Sydenham, London S.E.26 until the age of 9 years then lived in Canada for my father’s job at a Canadian NORAD military air force base. I then returned to England aged 17 years. The result of this is that I view everything around me like a tourist; I am permanently on holiday. I had gone to visit the town of Erith to walk along the river and look at the landscape and architecture. When I had entered Erith High Street, and as I turned the corner to go into Bexley Road I had come upon Erith Post Office and Costcutter convenience store. As I looked at the Post Office building I saw in front of me a practical  brownish/red brick building and on the roof of the building, on each corner, was a sculptured stone urn. I walked to the entrance door and looking up  I noticed on the brick lintel above the door there was a beautiful carved, formal looking stone ornament of a face. Looking at the stone ornament above the entrance door, I began to wonder about the building’s history - why would a Post Office have these quite elaborate adornments, perhaps it had been used for another purpose before it was a Post Office,  what might it have been before it was a Post Office. I began to examine in my mind where the building was located: • it was near the tidal River Thames • it was by the old Erith Police Station (1847) - a new riverside Police Station being built in 1908 and at the same time a separate River Police Station building was built next to it (they are all now closed) • and the Police Station was located next to the former historical industries of the coal wharves, the trains running on the railway pier, the shipbuilding yard, flour mills, iron mill and other industries of that time. I had wondered if perhaps the Post Office had been a mortuary for people who had been fatally injured or drowned because of the location of the building near to river, the police stations and this former industrial area. It is my nature to want to enquire and examine things.  I was so intrigued that I thought I must find out more about Erith, the Post Office, the former two nearby police stations, the River Thames at Erith and the historical industry. Erith became part of the Metropolitan Police on 13th January 1840.  Until 1847 the town was patrolled by officers from Bexley.  In that year a Police Station was built in what was then Back Lane, and is now Bexley Road, at a cost of £583.17s.2d.  It was to remain active until November 1908 when a new riverside police station was built at a cost of £9,000.  It did include a separate station for the River Police. The River Police ceased to operate at the end of 1989 (it is now offices). A few years later this was followed by the closure of the land side police station. Returning to my research and investigation of the Erith Post Office building and what the stone ornament was above the door, I would like to take you further to my online search about architecture. This was one of the many things I had investigated. “At the top of a round arch is the keystone, which holds the arch together, and on which the weight of the building above contacts the arch and is transferred to the right and left.  It is therefore symbolical as well as design wise an obvious point for decoration.” After spending several periods of time  searching online, I finally found the first piece of information to reveal to me what the stone ornament was above the door of  Erith Post Office. In my search I had found the answer.  The sculptured stone head is of Mercury / Hermes, the winged messenger of the gods in Greek and Roman mythology. It has been a fascinating journey for me in my online search to have found out so much about this wonderful historic town". Thanks to Pamela's research, the mystery is now solved. Comments to hugh.neal@gmail.com. 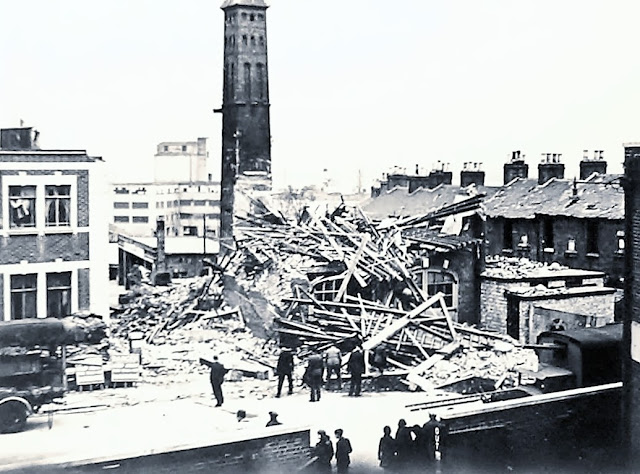 Earlier last week I took a walk around town; I also took the photo of the small green plaque that commemorates the old Erith Fire Station that you can see at the top above (click the photo for a larger version). Nowadays, all that is left of the original fire station is a very small brick built structure with a wooden door, that to my mind rather resembles an old fashioned outside privy. The building is rapidly becoming overgrown with Ivy, and I do not think that it will be very long before it is completely covered. The building is located to the right of the entrance to the staff car park behind Erith Council Offices. I doubt that many people even realise the plaque is there. I have been conscious that there is a lot of history to the local fire service, much of it directly linked to World War II. Some years ago, local history guru Ken Chamberlain wrote a pamphlet on the history of the fire service in Erith, and he almost certainly has more knowledge on the subject that anyone else. "At the outbreak of the second World War in 1939 there were only 9 regular firemen. However there were no less than 112 full time Auxiliaries, and 160 part time AFS recruited. Properties in Cross Street and the High Street were taken over to house them. Some of course served at satellite stations set up at the Royal Oak Garage in Bexley Road, the Sanatorium in Belmont Road (Now Belmont school) Bedwell School in Albert Road, Belvedere, “Elmhurst” Borstall and St. Marys Hall, Abbey Wood. During that time twenty four lorries, eight high powered cars were acquired. As well as a barge that was converted to a fire float. On the 7th September 1940 local units attended the London dock area assisting the overstretched Local units. They finally returned to Erith after a sixteen hour shift minus a pump that had been blown into the dock. On the night of 21st/22nd January 1944 the Bexley Road station suffered a direct hit by a delayed action bomb. Several years ago I spoke to a survivor of the incident he recounted how they were in the engine room when they heard a loud crash and debris started falling about them. They ran out to see where the bomb had fallen. This action undoubtedly saved their lives as at that moment the bomb exploded. He claimed not to have heard a bang, but was stone deaf for six weeks afterwards. He did however suffer injuries. He was taken to Erith Hospital, treated and was back on duty in two hours. There were no fatalities. The 1907 building was demolished and a temporary structure was put in its place. The wartime control room remains as does a part of the entrance doorway. The temporary station remained until 12th July 1961 when it was replaced by the station that is now located in Erith Road, Belvedere". You can see a couple of Ken's photos from his extensive collection above - the middle one, below the one I took recently shows Erith Fire Station just as it had received the first motorised fire engines in the 1930's. Strange to think that only a handful of years later the station would be flattened by the Luftwaffe, as you can see in the bottom shot, taken on the 22nd January 1944, the morning after the fire station received the direct hit. 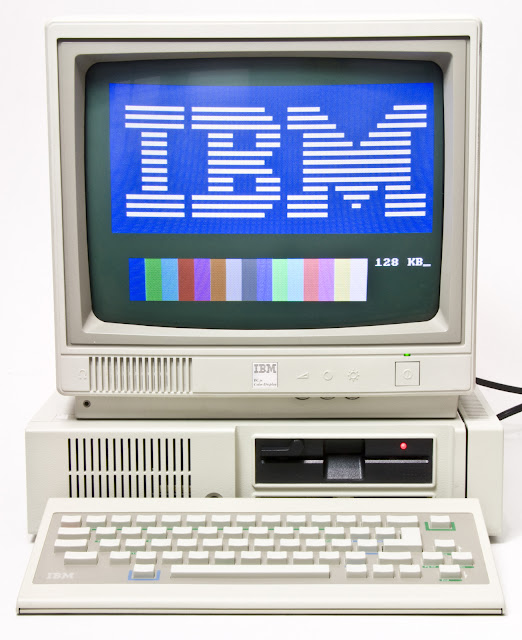