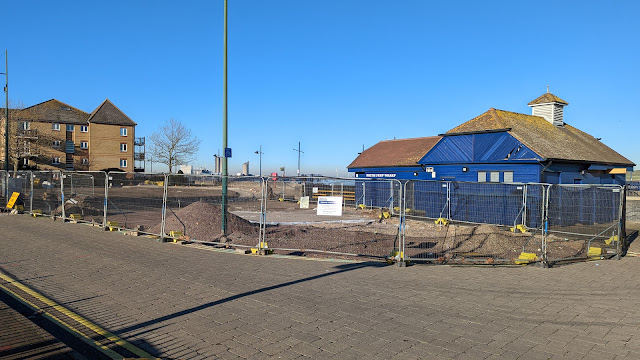 As you can see in the photo above (click on it to see a larger view), no refurbishment work has taken place in Erith Pier Square since the Christmas and New Year holiday. It would appear at present that work has ceased. The small site office located in Morrisons car park has been locked and empty since the 23rd of December. Considering the works are scheduled to finish at the end of January, it seems to me somewhat unlikely that this target date will be met. I do not know the reason for the delay although I have asked one local councillor if they can find out exactly what is actually going on. Bearing in mind the high profile of this civic improvement project, one would think that Bexley Council and its contractor would be more conscientious in respect of completing construction and redevelopment work on time. I have had several messages from readers over the last couple of weeks concerning potential plans for Erith Pier. Almost all of the readers have agreed with me that whilst having the pier back in the use as it has been since 1999 for people to walk on people to fish on and generally a nice place to be; it would be even better if the pier could have enhanced functionality as a riverboat stop, especially considering the plans to utilise Gravesend Pier which I wrote about last week. Unfortunately the image and status of Erith Pier is not as high as somewhere like Southend Pier. Outside of the local area, Erith Pier is little known if known at all. Despite such excellent events as Erith Pier Festival which have drawn crowds of around 4,000 people in the past, the pier still lacks much in the way of publicity and greater public awareness. I think if the pier had a higher profile in the media it would encourage more usage. Last. Last autumn I bumped into a couple of cyclists who were visiting Erith Riverside Gardens for the first time. I overheard them talking about where they should go next and I approach them suggesting that they try visiting Erith Pier just around the corner. Later that evening, one of the cyclists, who had discovered the Blog then emailed me to say how astonished he was that he was not aware of the pier or how lovely it was, especially on such a nice day. The chap is now a regular Blog reader. I'm just glad that I could direct him and his his colleague to something other he would otherwise have completely missed. I think this is just a symptom of the lack of promotion and publicity the pier has, which I think is rather unfortunate. I'm hopeful that the Erith Pier Festival will be resurrected as soon as the dreadful COVID-19 situation is finally overcome. I know that Bexley Council may not wish to fund further pier festivals, but one can hope. What do you think? Email me at hugh.neal@gmail.com. 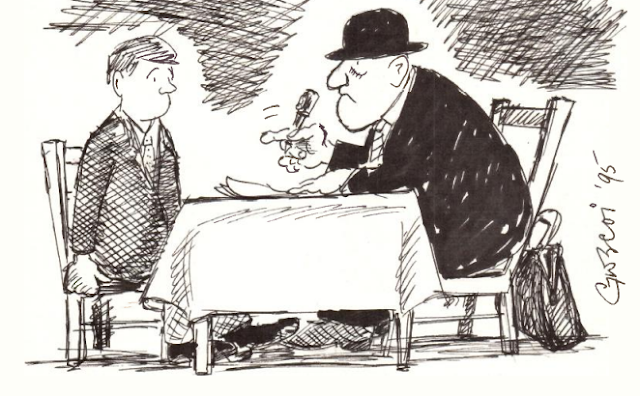 In the past, the Royal Mail have been somewhat tardy in publishing music related commemorative stamps; until now, only The Beatles, Queen and Pink Floyd have graced British postage stamps. This is however changing. According to a report published recently by the Kent Online website, The Rolling Stones are to appear on a series of stamps, starting on the 20th of January. The band, which includes Dartford-born Keith Richards and Sir Mick Jagger, are set to become only the fourth music group in history to be chosen for a dedicated stamp issue, on the 60th anniversary of the formation of the group. Eight of the stamps will feature photographs taken at some of their most legendary performances including their 1969 concert in London's Hyde Park and their 1976 appearance at Knebworth. Snapshots of performances worldwide will also join the set, from gigs in Rotterdam, Tokyo, New York, Oslo and Düsseldorf spanning more than five decades. When you mention the Rolling Stones, you don’t immediately think of Dartford, do you? Yet the band had their roots in Dartford, even though their music had more in common with the Mississippi Delta than the Thames Estuary. Apart from the excellent Mick Jagger performing arts centre, there is nothing to commemorate the band in Dartford – which is ironic, as unlike the Beatles, the Stones are still a (just about) going concern. Sir Mick Jagger lived on Denver Road in Dartford and attended Wentworth Primary School, where he would meet Keith Richards. The two drifted apart during secondary school before a chance encounter at Dartford Station brought they two back together, and they would go on to form one of most iconic British bands of all time. Keith Richards was also born and raised in the Dartford area. The guitarist of the iconic British rock group lived on Spielman Road in Dartford. On the morning of October 17, 1961, Mick Jagger, then 18, arrived on platform two to travel to the London School of Economics where he was studying. Shortly afterwards, 17-year-old Keith Richards arrived on the same platform, on his way to Sidcup Art College, and the rest was history, although music historians note that the actual founder member of the Rolling Stones was the late Brian Jones.
Whether it be for work, or writing up material for the Maggot Sandwich, I spend hours every day pounding away at a keyboard, whether it is my work laptop, or my personal Chromebook in my home office, where the blog is nailed together every Sunday. It has been ages since I hand wrote anything other than a birthday, or a “sorry you are leaving” card at work. My handwriting has deteriorated to the point where it is now functionally unusable. I can print in block capitals, but have to my dismay found that I can no longer do joined up writing, and my signature is an indecipherable squiggle which changes every time I try it. When I think back, it must be around fifteen years since I last hand wrote any appreciable quantity of text; I suppose that it is no surprise my writing ability has atrophied over the years. I do wonder how many other habitual keyboard users have also experienced problems with their handwriting? Do let me know - am I unusual in losing my handwriting ability, or is it a common phenomenon that has just not been readily identified? Answers on a postcard, or comment below, alternatively you can Email me at hugh.neal@gmail.com. 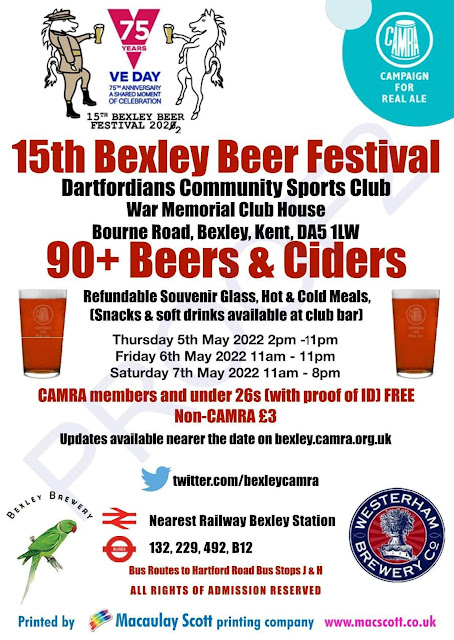 Just for a change. Some good news. It would appear but after a gap of 2 years the Bexley Beer Festival will recommence once again this year. The venue will be the same as before at the old location. For many people who attend the events, it will be a welcome return. A chance to meet with old friends and fellow real ale fans, the event is as much a social event as it is for the chance to try some very high quality and often unusual beers. For people like myself who do not particularly celebrate Christmas or indeed birthdays, the Bexley Beer Festival can be thought of as a certain highlight of the year . This might sound slightly excessive, but for me personally it is definitely the case. I'm looking forward to visiting on the Friday evening as is usually my custom.
For some mysterious and unknown reason, the shop at the petrol station run by Morrisons in Erith has been the target for thieves on two occasions. Recently. They were not after money. They were not after petrol, instead they were after chocolate! In two recent incidents, Bromley Magistrates Court saw cases against two individuals who separately stole large amounts of chocolate from the petrol garage shop. The first individual was a 37-year-old from Enfield. Quite what the individual was doing. Shoplifting so far from home is still a complete mystery. The person was fined £72 by the magistrates. The second individual was an Erith local who also stole over £100 worth of chocolate from the same garage shop and was fined the same sum of £72 by the same magistrates. Why is the criminals both went for chocolate rather than more high value stock is unknown.
The dismal service currently being provided by the Woolwich Ferry is not going to improve any time soon; listeners to the excellent Time 107.5 FM will know that the radio station gives regular, hourly traffic reports, including the status of the Woolwich Ferry, which recently has been out of service very much more than it has been working. As I have previously written, there have been a series of engineering problems with the electro magnetic docking system used by the new ferries. I have heard that the new so called "state of the art" system is actually far more complex and harder to operate than the old manual hydraulic system. It also does not latch if there is a swell or a strong cross - current, both of which are common on the River Thames at Woolwich. There has also been a long standing dispute over the pay for the ferry crew, which has been ongoing for what seems ad infinitum. 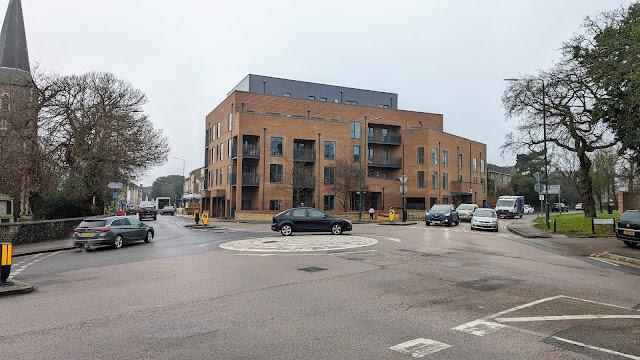 The former Belvedere Police Station , which has now been redeveloped as a block of apartments has now been occupied by the residents. The building is rather imposing and certainly quite a bit larger than the original plans and drawings suggested. Indeed, the developers managed to get permission from Bexley Council to increase the size of the building by an additional floor, after the original plans had been approved. It occurs to me that the building has very little in the way of parking space, and it may be possible that residents may need to park elsewhere, as from what I understand the number of parking spaces was not increased after permission was granted for the additional floor to be added to the building and the consequent larger number of occupants it will now have. As I have written before, it would appear to me that the owners and operators of The Belvedere Priory Club directly opposite could let out some of their unused parking spaces to the residents of the new development. This would give the private members club some additional revenue and would also help residents with nowhere else to park their vehicles. I have also concerns that the residents of the former police station site may start to complain about the noise coming from the bells from All Saints Church, which is directly opposite the development. This may sound ironic, but there have been previous instances where new residential developments have been built close to churches, and the new residents have complained about the noise, even though the churches may have been there for many centuries. No doubt we shall see.
The end video this week features a group of walkers undertaking the London Outer Orbital Path - otherwise known as the LOOP. As some readers might be aware, the LOOP starts and ends at Erith. Comments and feedback as always to me at hugh.neal@gmail.com.
Posted by Hugh at 12:30 pm