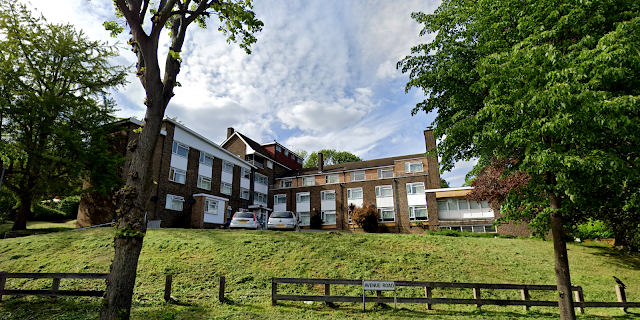 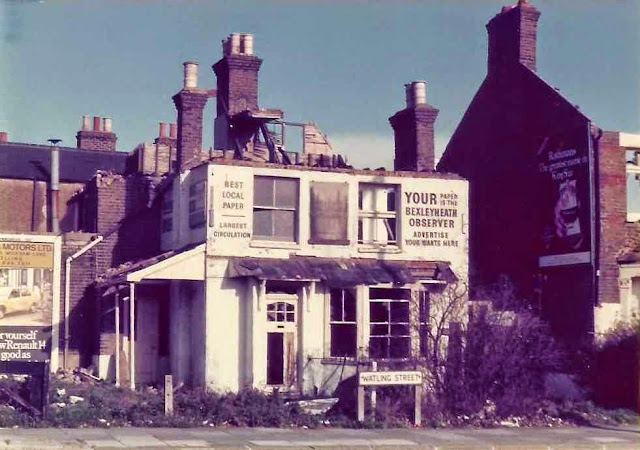 The photo above was sent to me by reader and local resident; it shows the newsagent that used to be located in Watling Street, Bexleyheath on what is now the site of the new Bexley Council offices, which were originally constructed for the Woolwich Equitable Building Society. The photo was taken in 1977, shortly before the buildings in the photo were demolished to make way for the construction of the office building. One can clearly see an advertising board with an advert for the then new Renault 14 car. The Renault 14 was released in 1976, and became available in the UK in 1977. Unfortunately whilst the 14 was technically innovative, with a very large amount of internal space, due to it being fitted with a transverse engine powering the front wheels, in the same way as the original Mini, the Renault 14 was a substantially larger car, more in the mould of a Ford Escort; in fact Ford launched a new, front wheel drive version of the Escort only a year later as a direct response to the innovation that the Renault 14 brought. Things got off to a bad start when the Renault 14 was launched, with a disastrous advertising campaign that compared the 14 to the shape of a pear. A preview at the Pompidou Centre in Paris as a bare body shell did little to win it customers. The car would later gain a reputation for premature body corrosion which saw the 14 being dubbed as the "rotten pear" by the motoring press. In France, "La poire"' (literally "the pear", but also slang for "gullible") still refers to the 14. However, the best-selling Renault 5 also had a reputation for premature body corrosion, but a far more effective advertising campaign for the Renault 5 helped boost its sales and resulted in it being a commercial success. The Renault 14 (click here for a photo view) also had a reputation for being difficult to start in damp conditions, due to easy water ingress into the ignition coil, which was poorly placed and not well sealed against damp. The placement of the temperature gauge on the transmission tunnel behind the gear-lever, rather than on the instrument panel where it was directly in the driver's field of view, led to incidents of engine damage if the engine overheated and the driver failed to notice. It also had a nasty habit of jumping out of reverse gear unless the driver physically held the gear stick in place when reversing. Bearing in mind many driving schools in the UK used Renault 14’s in the early 1980’s this did not endear it to either instructors or pupils, despite it being easy to manoeuvre, and having both good all - round visibility and very comfortable seats. I must admit that despite being a classic car enthusiast, I have never seen a restored and running Renault 14; the model was never a massive hit, and with somewhat fragile mechanics, perilously dodgy electrics and very poor rust protection, they don't offer much reward for even the most ardent collector.
John Downton (27 March 1906 – 1991) was an English artist, philosopher, musician, and poet. He is one of the lesser known people to have a road named after himself - Downton Mews in Erith Park. Born in Erith on the 27th March 1906 to Albert Victor Downton (1873 - 1925; an engineer) and Flora Edith (1875 - 1962; née Mitchell) both of Wiltshire, Downton drew well from an early age. He was educated at Erith Convent, followed by Erith Grammar School. At the age of fifteen he won the youth silver medal of the Royal Drawing Society. He was educated at Queens' College, Cambridge (1925–1928), first in English and then in Art History, and then trained as a painter at the Slade. Downton played the violin all his life, was often invited to give performances, and always participated in the fortnight-long Grittleton Summer School of Music in Malvern, Worcestershire. He also wrote books, such as The Death of Art (1937) and Craftsmanship, Art and Criticism (1993). But it is his paintings for which he is now chiefly remembered. He travelled regularly around Europe, and was particularly happy in northern Italy. His main subject was young girlhood, rendered in the manner of the Italian old masters and with the tempera technique that had been revived by the Birmingham Group. Both his subject matter and his techniques were deeply unfashionable during most of his adult life, and he ceased to exhibit after the start of the Second World War, during which he was a conscientious objector, working on the land in Shropshire and Pitlochry, Scotland. He had two sisters: Hilda (1901 - 2006) and Mary (1903 - 1989). Hilda, who lived to 104, was a talented artist. Her painting of Ightham Mote is owned by the National Trust, and it was she who established the John Downton Award in 2000. Her legacy also provided for a specialist music room at Walthamstow Hall School in her brother's name. John Downton's portrait of Hilda was gifted to the Hull Museum Collection He never married, and lived mostly in Cambridge. On his death in 1991, all his work passed to The Downton Trust. 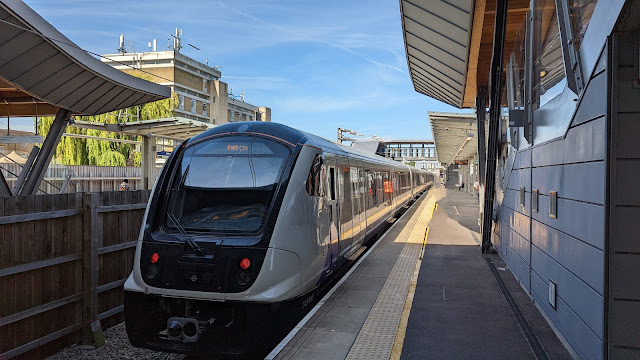 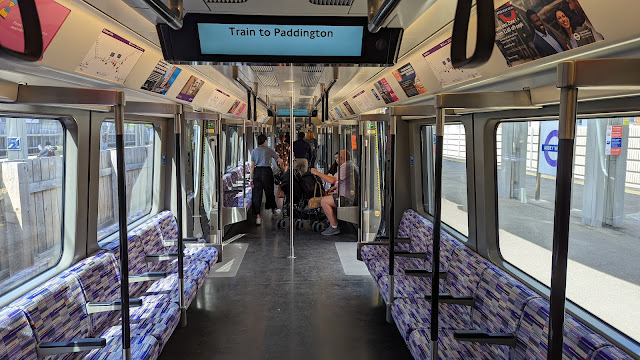 I took the two photos above, click on either for a larger view – last Wednesday when I had occasion to travel to London using the Elizabeth line, I know that it is now been open for several weeks, and many people have commented on the new service, but I felt that I should add my opinion. The trains are clean, modern and very smooth. The air conditioning is just about right and all in all I think they are excellent. The service runs every 5 minutes and Sims in the to be quite efficient. So no surprises there; I suppose considering the cost and time overruns, one should expect a really good service, and that is what appears now to be delivered. It is ironic that much of the southeast and further will be disrupted by extensive train strikes over the next week or so. I feel that this may well mean that more services get automated in a similar fashion to the Docklands Light Railway. I'm led to believe that the biggest single cause of train crashes is driver error. If one eliminates the driver then surely this would eliminate the single biggest problem with rail safety. 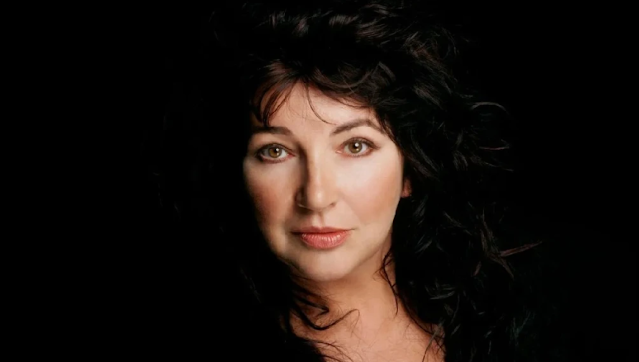