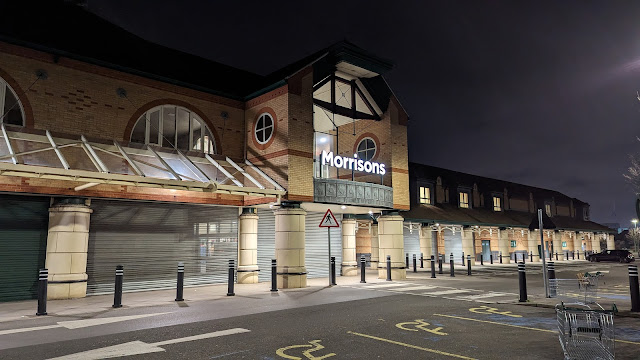 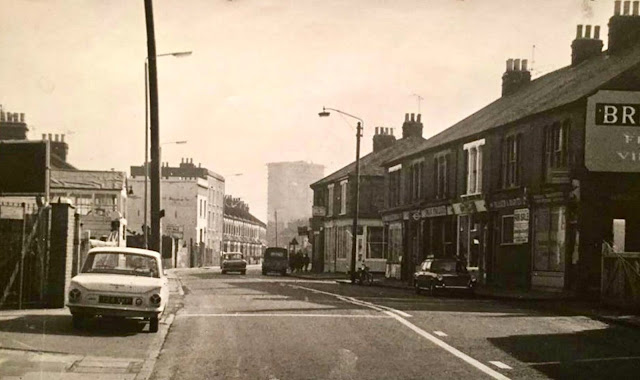 The photo above - click on it to see a larger version - shows the view looking Eastwards towards Erith Town Centre along West Street. From the vehicles in the shot, and the state of construction of the tower block on the horizon, I would hazard a guess that the photo was taken in around 1970.
Last week the Guardian published a fascinating and insightful history of Thamesmead from its late 1960's  inception through to the present day - I would highly recommend that you read it by clicking here.

Millions of British people have no idea what their home telephone number is, according to new research. Sixty per cent of the nation only have a landline because they need it for their broadband connection. If the phone does ring, a third of people assume it’s an automated or sales call, and 22 per cent never answer it . Only one in five knows their landline number, according to a recent survey of 2,000 UK adults. Almost four in ten use their home phone once a month or less, with six in 10 admitting they only pay for a landline just to access the internet. Six in 10 say they wish they could de-clutter their homes by getting rid of their landline completely, a 20 per cent increase from a study conducted in 2019. A fifth of survey respondents reckoned their home will be landline-free within two years, if not sooner. Due to the rise of social media and mobile phones, over half of the nation consider the landline a ‘redundant’ piece of technology, rising to seven in 10 among 18-24 year olds. Incredibly, of the respondents who had children aged 16 and under, 14 per cent reported that they had children that have no idea what a landline is.  A third of respondents said that they use their landline for keeping in touch with grandparents or older relatives. Almost half say they give out their home number to sales people and companies, to stop them getting their mobile details. Thirty-six percent of Brits only use their home phone once a month or less often, and one in ten homes has already made the jump to going landline-free. The report also says that a fifth of British households have at least one old landline handset sitting unused in the back of a cupboard. 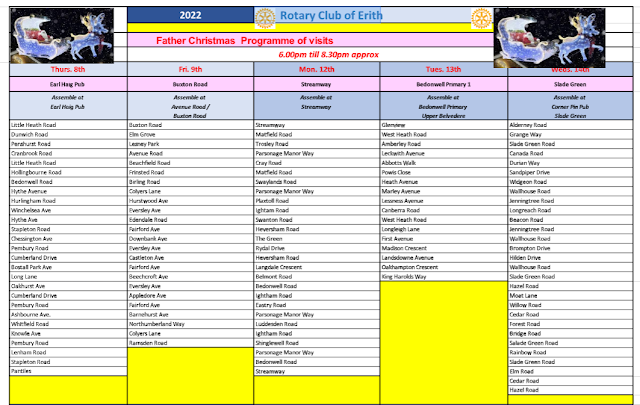 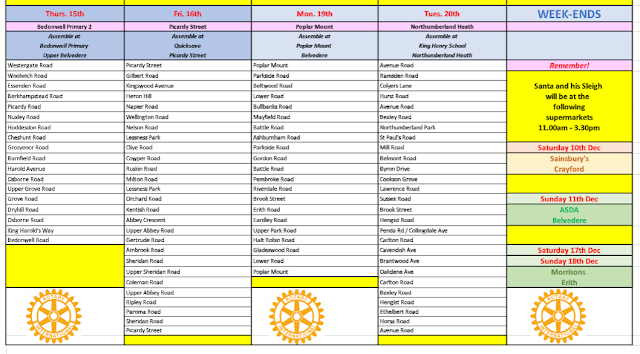 The traditional annual visit of Father Christmas to the local area, courtesy of Erith Rotary Club is almost upon us. The club describe the event thus:- "For 90 years, the Rotary Club of Erith has been spreading joy throughout the community at Christmas. This wonderful tradition started as long ago as 1932 where Rotarians raised funds to provide Christmas Hampers for people in the local community. As time moved on, they and their family members took to the streets, singing carols accompanied simply by a harmonium on a barrow that was pulled from place to place. From these humble beginnings, just look where we are now! We have our wonderful sleigh which lights up not only the streets as it moves along them but also the faces of generations for whom Christmas simply would not be the same without it! What's more, we have even persuaded Santa to join us! What hasn't changed over those long years, is the determination of our club to support the people of our local area in any way we can. Thanks to the generosity of our local community, we have been able to support so many wonderful organisations - our Special Schools, Europa Gym Special Needs Groups, Smerdon Resource Centre, Bexley Women's Aid, Bexley Deaf Centre, Charlton Upbeats and our local food bank. With your help, we can do so much more!" Click on any of the images above to see a larger version. For more information about Erith Rotary Club, please click here.

As I have previously written, Police are concerned about a group of criminal pickpockets operating in and around Crayford. The Police have published the following advice:- "How to spot a pickpocket - The observers - These include people loitering in public places who appear to be checking out passers-by, paying particular interest to their handbags, shopping bags and where they might place their wallet or purse. For example, be aware of individuals who appear to be focusing their attention on the waist area of others. This may be an indication of criminal intent and probable theft. But do bear in mind the fact that some people are naturally shy and do avoid eye contact. Always follow your instincts. The opportunists - Pickpockets also operate in shops and department stores, where people are more likely to be standing still, distracted and so paying less attention to their belongings, making them an easier target. Be more aware of your surroundings in busy shops and shopping centres because they’re ideal places for pickpockets, as it’s easier for them to brush past people, take items and blend into the crowd. Team tactics - Pickpockets don’t always operate alone, they may work in teams to distract the target while someone unseen removes the items and blends back into the crowd. Another member might step in as an enforcer in the event of an altercation. Crowding in - Thieves vary their tactics based on the location and the density of the crowd. One tactic is where a group of them push up against a victim in a crowded shop or street then quickly reach into the victim’s pocket and steal their wallet, phone or purse. Dirty tricks - Remember, pickpockets are very skilled at what they do. They know all the tricks and are extremely light-fingered with most of their thefts only taking a second or two. One of their tactics is ‘hugger mugging’ where a thief will appear to be over-friendly for no particular reason and hug you while pick pocketing you. The point of distraction - Pickpocket teams are adept at creating distractions. This could be anything from a game to a loud shout, all designed to avert your attention while an unseen accomplice steals your valuables. So do try not to be easily distracted. Remember, having a zipped bag doesn’t mean you’re totally safe. Thieves have been known to walk behind victims while slowly unzipping bags. Yes, they can be that bold. So, never underestimate a pickpocket". 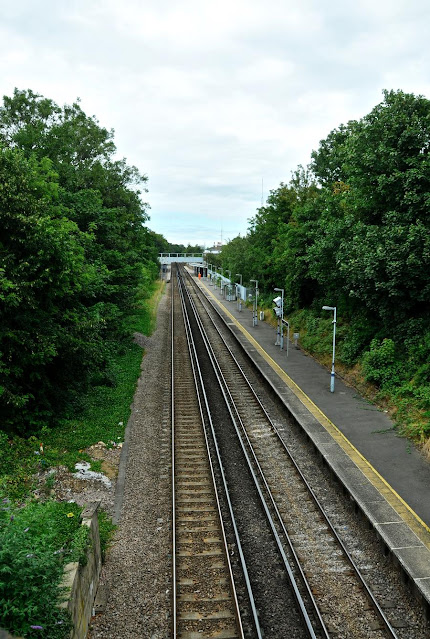 Back in October I published a story about the changing schedules for Southeastern Trains, and how direct trains to Charing Cross on the Dartford via Greenwich to London line were being scrapped. On Thursday of last week I received the following press release from the local MP:- "Government admits involvement in Southeastern train cuts following pressure from Abena Oppong-Asare MP. Responding to written questions submitted by Erith and Thamesmead MP, Abena Oppong-Asare, the Government has admitted they gave Southeastern permission to proceed with service cuts without consulting the public. After months of denial, the Department for Transport responded to a written question Ms Oppong-Asare MP submitted on 7th November 2022, revealing they gave Southeastern an exemption from the requirement to consult in August this year. This allowed Southeastern to plan train service cuts without consulting the public. Ms Oppong-Asare then asked the Department how many rail operators had been given exemptions from consultation rules in 2020, 2021, and 2022. She also asked what process the Department follows when decided to give exemptions and why they decided to award one to Southeastern. The Department for Transport responded late to these questions and did not provide full answers. They did admit that only one rail operator had requested an exemption – Southeastern Railway. Last Thursday (24th November), Ms Oppong-Asare MP challenged the Leader of the House, Penny Mordaunt MP, on this. In a previous exchange, Ms Mordaunt had said “it is vital that passengers are consulted on any changes to services, whether timetabling or other changes”. Yesterday, Ms Mordaunt promised to pass on Ms Oppong-Asare MP’s concerns to the Department for Transport. Ms Oppong-Asare MP is meeting this week with the Transport Minister, Huw Merriman MP. She hopes to also speak with Southeastern Chief Executive, Steve White, who she will be urging to cancel the cuts. The cuts will result in no direct line to Charing Cross or Waterloo from Abbey Wood, Belvedere, or Erith stations, a reduction in the frequency of trains to London Bridge, and reduced services for residents who use Barnehurst, Bexleyheath, Plumstead, and Slade Green stations in neighbouring constituencies. Ms Oppong-Asare has encouraged worried constituents to sign up to updates on her campaign against the cuts on her website, where they can find more information about her work. Constituents can also share their views on the cuts and bring any transport concerns they have to her attention. Abena Oppong-Asare MP said: “I am supporting residents who are calling for Southeastern to reverse the proposed cuts in services. Timetables need to work for constituents. There has been a lack of consultation, cooperation, and engagement from Southeastern. Working with stakeholders and constituents, we will continue to fight for a reliable and well organised timetable that provides opportunities for all in Erith and Thamesmead and the South East.” What do you think? Email me at hugh.neal@gmail.com.

The end video this week is a short promotional film on the Quarry housing development, located in Fraser Road - for once the video is pretty accurate and does not make any outrageous claims. Give it a watch and see what you think.