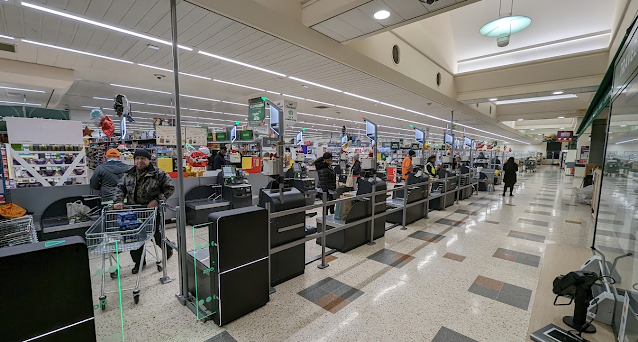 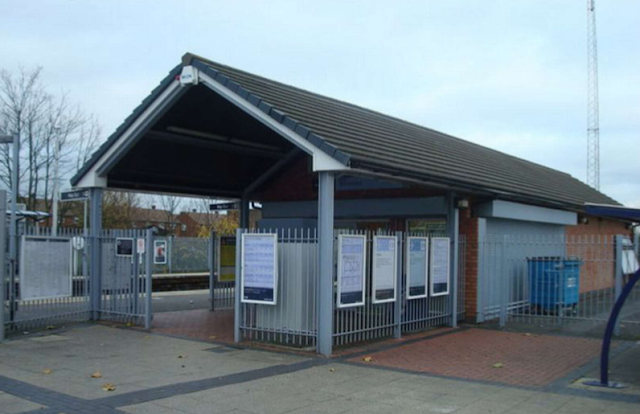 The photo above shows Belvedere Railway Station. The station, and a number of others on the North Kent Line have attracted some unwelcome publicity over the last couple of weeks. Fare dodging is a criminal offence and could lead to a prosecution if convicted you are at risk of getting a criminal record, paying compensation for skipped fares, a victim surcharge, and prosecution costs - on top of the £1,000 fine limit. This still has not stopped some people from not paying their fares and one TikTok user has compiled a list of the ones he thinks are the 'top stations you can bump in London'. User quincy_smf posted a two-minute-long video explaining the stations he thought were the easiest to get away without needing to tap in or out and are subsequently losing rail companies a lot of money. First on the list was Woolwich Dockyard. The station is only served by Southeastern trains and is in zone 3. Quincy said "everybody knows, if you live around Woolwich you know you don't get off at [Woolwich] Arsenal, you get off at Dockyard and walk back."At number two, Deptford Station. The revamped station is pretty on the eye but Quincy believes they won't be recouping their money back in fares due to the fact "nobody taps in or out". The station is served by Southeastern trains. At number three is the aforementioned Belvedere Station. Sandwiched between Abbey Wood and Erith, Quincy says that "everybody knows that there is nobody there, it's a free yard unless they randomly try to swarm it, which sometimes does happen but on most occasions, Belvedere is a free yard". The video was posted as a joke on TikTok but fare evasion is a criminal offence. Mandy McGregor, TfL's Head of Transport Policing and Community Safety, said: "Revenue from fares is vital for investment in safe, clean and reliable public transport, which is why we take fare evasion extremely seriously. We have over 450 revenue inspectors and 500 security and enforcement officers across our whole network, who work to keep people safe and enforce the rules around travelling without a ticket. Everyone should feel safe when travelling and we encourage anybody who has experienced anything that makes them feel unsafe to report this to us or to the police." As readers may be aware, I was the victim of a "hit and run" incident with the rider of an illegal E-Scooter last February. I am not against the legalisation of these electric vehicles, but I feel that they need to have strong legal restrictions in their use. The current situation with thousands of E-Scooters in illegal daily use cannot be allowed to continue. Although it is legal to use a rented e-scooter on public roads and cycle lanes, the same cannot be said for the privately owned ones that many people may have received this Christmas. In a recent article, Lucy Coulson, from No5 Barristers' Chambers, commented on the expected popularity of e-scooters this year, highlighting the relevant laws which owners may not be familiar with. She said: "As they are classed as a motor vehicle, to hire an e-scooter you are required to hold either a provisional or full driver's licence and most hire schemes require you to be 18 or over. The law requires that users have insurance to cover any damage, but this is typically provided by the rental operators. Unlike privately owned e-scooters, the schemes allow users to operate the vehicles on public roads and cycle lanes, making them a common sight in many major areas across the UK. If you purchased an e-scooter as a gift this Christmas, you must ensure that it is only used on private land with the explicit permission from the owner. It is against the law to use it on public roads or paths, no matter if it's a residential area or a major city. If you are caught using an e-scooter illegally, the police may seize the vehicle and you will not be compensated." It was believed that the Government would be introducing legislation to fully legalise the use of e-scooters in the UK. It was hinted at as part of the Transport Bill which was referenced in the Queen's Speech in May earlier this year. The new driving laws are set to create a new vehicle category for powered light transport vehicles - which could include e-scooters. In spite of this, many public transport operators have banned E-Scooters on their services. The move means ten out of the 28 train operators refuse to carry private e-scooters, which are not permitted on public roads. Iain Peacock, head of safety at TransPennine Express, said in a recent interview: ‘Most of these devices are not approved for use in the UK and the batteries are often unregulated.’ Mobility scooters, electric wheelchairs and e-bikes, which are built to higher standards, are exempt from the ruling. Those bans followed action by LNER, Lumo, Grand Central and Transport for Wales, as well as restrictions by Transport for London (TfL) and the Tyne and Wear Metro. Anyone who flouts TfL’s rules faces a fine of up to £1,000. Gatwick Express, Great Western Railway, Southeastern and Thameslink still permit the devices. Recent casualties on the roads are piling pressure on the Government to take action, with more than a million privately-owned e-scooters used illegally. A coroner’s report last week into the death of Fatima Abukar, a 14-year-old girl who suffered catastrophic head injuries when riding an e-scooter, pointed out that the rate of deaths on the road had doubled in the course of a year. It said that the rate of enforcement had dwindled, and called for action to prevent future deaths. Abukar was travelling at a speed of at least 11mph and not wearing any safety equipment when she fell beneath the wheels of a minibus. The Metropolitan Police confiscated 4,000 scooters last year but only 1,100 this year after a change in policy was introduced in November 2021.

The end video this week is a slight departure from the normal format; it is a full - length comedy feature film from back in 1937. Back then it was a massive hit - the film is called "Oh Mister Porter!" and stars a comic actor largely forgotten nowadays by the name of Will Hay. I have written about Will Hay quite some time in the past, and will be writing about him in the near future - the reason for this is that I have a (slightly tenuous) family connection with him, which I will explain in due course. Comments and feedback as usual to me at hugh.neal@gmail.com.