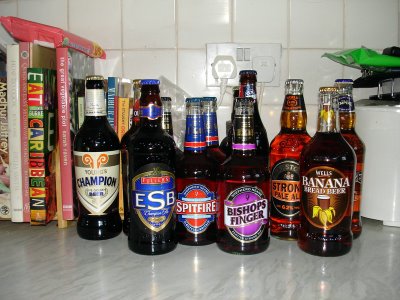 Sundays come around so quickly at present. The one day I get to veg out indoors and do nothing (as long as you count mowing the lawn and doing laundry as "nothing"). I have rebuilt the home laptop with a brand spanking clean copy of the just released Fedora Core 6 Linux and so far, all seems well.

Mini rant time. Why do newspapers and magazines come stuffed full of advertising flyers and promotional leaflets? Nobody reads them, they are often inconvenient to dispose of, and they use valuable natural resources to boot. It has got so bad that my local Morrison's even has a pedal bin by the magazine racks for you to dump the excess rubbish these leaflets generate. I am not the World's greenest person (if global warming means that Belguim will be under three feet of water, so much the better!) Though I do feel that banning these leaflets, along with the massive numbers of pizza, curry and kebab delivery advertising flyers stuffed unbidden through front doors around the country should be banned - the cumulative saving in paper and energy would be significant.

Ian has come up with a bit of a scoop regarding the next season of Doctor Who - a shot of a new alien race called the Juddoon, who look quite a lot like the Sontarans until they take off their helmets; you can see a Juddoon and Sontaran comparison photo here.

Britons are the most spied upon people in the world - it is official; you can read all about it in a well written Sunday Times article here. It is not just the supposedly forthcoming ID card (a travesty of intrusion and smacking of a totalitarian state) - even things like Oyster cards are used to track you - did you know that every single time you swipe a tube gate or bus pass reader, details of who you are and where you are going are recorded and stored for a minimum of two years, even though this directly contravenes the Data Protection Act? Still, since Oyster was brought in by Comrade Ken Livingstone of the Londonistan cadre, you can tell he is keeping his bloodshot and beady eyes on his first chance to turn London into a Marxist regime.
Posted by Hugh at 3:37 pm