The fun of the Fairlight. 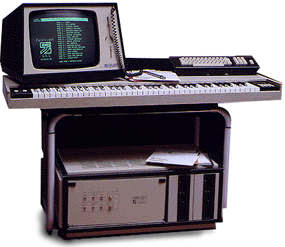 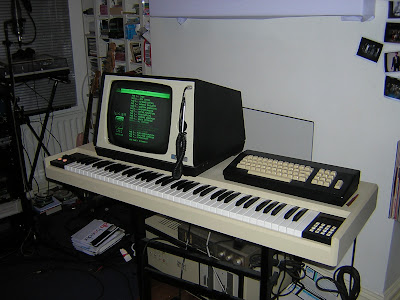 What's this then? Well, as you may know I am a fan of old computers, and have quite an interest in synthesisers and samplers, though unfortunately I cannot play - a great regret. The photos above are of the grand daddy of all samplers - the legendary Fairlight CMI which has had an immesurable impact on contemporary music since it was launched. In the 1980's virtually every hit record used the machine - Groups like Frankie goes to Hollywood and Tears for Fears simply could not have existed without it. You can read all about the history of this mould breaking musical instrument here. The top photo is a publicity shot from the early 1980's and the lower photo is of a Fairlight I almost bought a couple of years ago. Unfortunately the sale broke down when the vendor and I failed to agree a price. When new, the Australian made Fairlight CMI cost as much as a house (depending on specification, between £17,000 and £35,000 in 1984 - quadruple that in modern terms) and only stars such as Peter Gabriel, Kate Bush, Duran Duran, Stevie Wonder and Jan Hammer could afford one. Incidentally, if you listen to the theme tune of the original "Miami Vice" every single note of it was produced on Jan Hammer's Fairlight. Nowadays the sell for between £1,000 and around £6,000 depending on model, condition and specification.