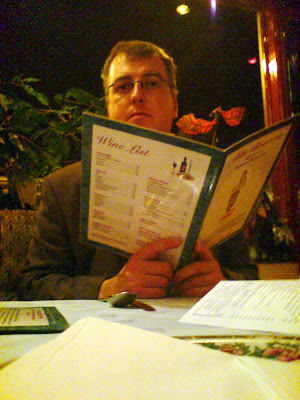 The last week has been a busy one for me - and a bit of a departure. I have been on an computer and network security course, which was both fascinating and intensely worrying. Computer networks are far easier to break into than you might think - and (under Windoze at least) passwords - however complex, are absolutely no defence whatsoever. With what I have learned, I could break the user and administrator password list on a Windows 2000 / Server 2003 / XP / Vista box in less that thirty seconds. Think about it. If you must run Windoze, encrypt your data using something like PGP - or better still, buy an Apple Mac or install Linux on your old PC.

There has been a spate of what appear to be UFO sightings in my local area over the last few days - I have to report that personally I have not seen anything, though back in 1992 I saw a flying object in broad daylight in clear visibility, flying Northwards from Upper Belvedere which I reported to both the authorities and LUFOS (London UFO study group). Anyway, for the latest local reports, please read here.

Usually I footnote each weeks' Blog entry with a short video clip that lasts for a couple of minutes at most. This week is different. It lasts for just over an hour and won't necessarily be of interest to everyone. It was filmed last month at Google's headquarters in the USA; it features software guru, unreconstructed hippy and one time friend of mine Jeff Minter talking about his long career as a pioneering video games designer in front of an invited audience of Google staff. I first met Jeff when I was still at school, and working part time for Silica Shop in Sidcup. He was a regular visitor and I soon got to know him. His nick name was "YAK" - this was because at the time you could only record three letters against your high score on the then fledgeling arcade video games - so this was what he chose. Jeff could be described as the long lost love child of Steve Jobs and Neil of the Young Ones - so if there is even a tiny amount of Geek in your genes, you will find this a "must see".