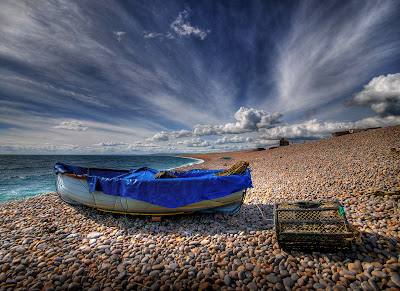 The Maggot Sandwich (TM) is celebrating a century - this is officially my one hundredth Blog posting. All I can offer is virtual champagne, I am afraid! I wish I could claim credit for the amazing photo above, but it is not mine - merely something I stumbled across whilst doing some research. Click for an enlarged version.

I have been getting massive numbers of hits on my Flickr photo account, mainly people looking at the Genesis gig photos I took last weekend and blogged below this entry. I must admit that compared with some people, my photographic offerings are a bit rubbish. If you look at this chap's photos of the same Twickenham gig, you will see what I mean. The gig really showed up the inherent limitations of my current Sony DSC -W7 compact digital camera, and I am now seriously considering a decent digital SLR like the Nikon D80. I have been looking through the metrics on photos uploaded to Flickr, and the D80 comes out as pretty much the top dog in the medium priced digital SLR camera field. One chap who takes some absolutely amazing landscape and seascape photos with a D80 can be seen here.

Media and online interest in all things Genesis has been predictably high this week; BBC Radio 2 recorded the gig and a heavily edited one hour version can be heard online here. There are literally hundreds of gig video clips from the current tour uploaded to YouTube - some can be seen here. If you have not see my previous entries and concert photographs, scroll down below this submission, and click on any photo for a larger and more detailed version.

Erith life continues apace; to give you an idea of how things can be around here, I was talking to my next door neighbour earlier in the week - she works in Morrison's in Erith and she can usually be found on the CD and DVD bar. They had a special one-off offer: LG 42" plasma HD televisions for £675. Two enterprising chavs decided to nick one in broad daylight; never mind the size of the beast and the giant cardboard packing case - they tried loading it onto a trolley and making for the fire exit. I understand that it was not a great challenge for the security guards to catch the scrotes. Hopefully they got a good kicking before the Police were summoned.
Posted by Hugh at 4:47 pm