Christmas and some bad news. 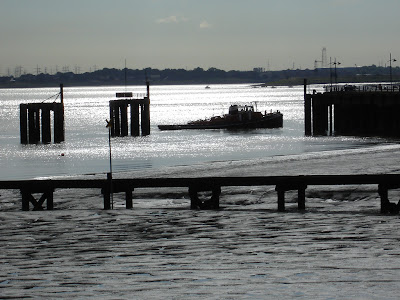 As many of you already know, I am not a fan of Christmas and all the associated false bonhomie and fuss. The bit I do like though, is buying presents for friends and family - especially for my God children and their siblings. I have found the Early Learning Centre to be an excellent place for presents for pre school children. All said and done though, I do like to get the whole thing over and done with as little stress and fuss as possible.

As I am writing this I am listening to a recording of this weeks' broadcast from the excellent local free radio station WNKR - do try them out; they broadcast every Sunday on 1476KHz medium wave.

My local Morrison's supermarket has banned children from using Heely skate shoes, mostly for their own protection; they seem incredibly dangerous for both the users and the more vulnerable members of the general public. What are their parents thinking?

I have to admit feeling absolutely gutted this evening. I have only just found out that my favourite author is suffering from early onset Alzheimer's Disease. You can read about Terry Pratchett's public announcement here. Perhaps some small amount of good can come out of the attention he will generate for the range of degenerative neurological conditions both he and my Dad are victims of. Maybe it will bring a cure or effective prevention a step closer. One can only hope. Bugger.

I had a truly horrible journey to work today - it took me four hours to get from my home to the office due to multiple broken down trains and assorted other problems; I really should have given up and worked from home, but bloody mindedness made me crack on and sod the consequences. Enough said.

The journey home was not exactly a bed of roses either. I had an encounter on the train with a baggy trackie wearing Gangsta Chav wanna be drug dealer, complete with bolted on fake gold teeth and an addiction to his mobile telephone - similar to my rant way back last year. Throughout the journey from London Bridge this sad, inarticulate individual was constantly on his mobile telephone to members of his "Cru" telling them how to avoid the Transport Police and their drug sniffer dogs; he also (at very loud volume to the whole carriage) spent several calls telling his mates about hs latest romantic conquest - the trouble was he changed the details each time he phoned, making it painfully obvious to the fifty or so witnesses that it was all in his imagination. Dressed in a baggy baby - grow look alike track suit combination, and wearing a lop sided spazzy looking baseball cap, he was almost a cartoon copy of what he intended to be. What a pillock.