Indiana Jones and the Tunnel of Doom. 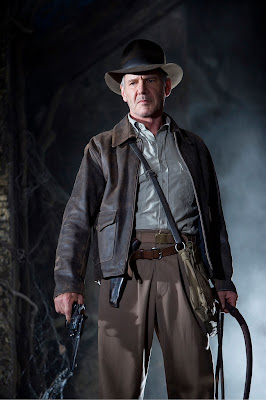 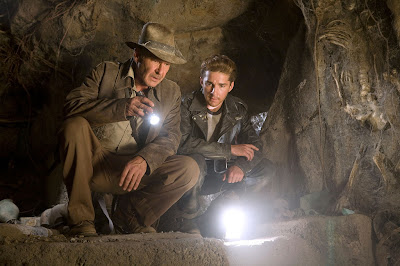 Two sneak preview photos from the forthcoming "Indiana Jones and the Temple of the Crystal Skull" movie. I found them on the home page of a fellow Flickr user and shamelessly reproduce them here. You can see some of his other photographs here.

Things have currently gone quiet in respect of the graffiti Chav in the Tunnel of Doom (tm). I expect things to hot up again once his picture appears in the print version of the News Shopper in the next few days. As several people have surmised, the web editor of the aforementioned News Shopper has offered me the opportunity to become a blogger for them, and also for their website to act as a host platform for my photographs. I am extremely flattered, but I am taking it slowly as if I decide to take up his offer, I want to ensure I can justify his trust. I don't get much spare time, so I will wait and see.

I have almost been run over twice this week - both times by cyclists who think that the laws relating to traffic lights don't apply to them. One even shouted abuse at me even though I was perfectly within my rights as I crossed Stamford Street on the South Bank earlier this week. The traffic lights were red and the pedestrian lights green, but this did not stop the banana helmeted eco fascist from caterwauling a self righteous bleat. I reckon a small injection would soon correct his attitude - 124 grains of 9mm hollow point into the back of his head would suffice. Git.