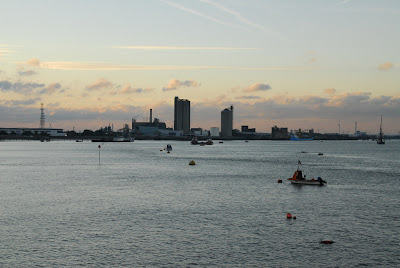 Well, a fairly Plumstead centric Blog posting this week. I have sadly neglected mentioning the excellent Sibonetic Blog for some time, so I make up for that omission now. Also, the Plumsteadshire Blog deserves a mention in dispatches. Plumstead, Woolwich etc. seem to have far better Blog coverage than Erith and Slade Green which apart from myself can only count on the bland Slade Green website.

Anyway, let me cut to the chase with my grumpy hat most firmly on my head; here is an extract from an Email I sent Transport for London and the East London Bus Company earlier this afternoon:

I was walking along Pettman Crescent, opposite Plumstead Bus Garage at approximately 3.20 pm on Saturday 9th February; as I passed alongside a parked number 96 double decker bus, the driver opened the front door and threw out a plastic cup which appeared to be still half full of hot liquid; the cup hit me and the liquid (probably coffee) splashed onto my trousers and footwear. The driver said "I dropped the cup" to which I did not reply. I noted the vehicle details and asked him for his driver number, which I noted down. I fail to see how, from the driver's seat, he could accidentally drop the cup approximately six feet horizontally, especially as there would have been the plastic security barrier around the drivers' position in the way. Additionally he should not have been littering, irrespective of the potential impact of a projectile containing hot liquid with a passing pedestrian.

It is my opinion that he did not notice my approach and threw the cup with liquid out of the door before he got back in the cab. You should be able to get a precise record of the incident by interrogating the buses' on board security camera recording.

The 96 bus had the registration number LX53 JYE, it had a yellow card in the front window with the code PDE 159 displayed and the driver gave his number as 20094.

I would be grateful if you would investigate this matter and respond accordingly."

I will let you know what happens - as it was I was only splashed with the driver's still hot coffee; it could have been a lot worse. I did not get uppity with the driver - retribution online has a far gamier taste.

This weeks' video clip is just over eight minutes long, and I do urge you to watch it all the way through. It is taken from the live concert version of Jeff Wayne's "The War of the Worlds" recorded last year at Wembley Arena. Here is the intro and the Eve of the War...

Email ThisBlogThis!Share to TwitterShare to FacebookShare to Pinterest
Labels: Bus, Coffee, War of the Worlds