The old and the new. 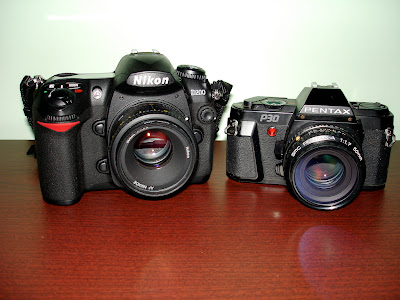 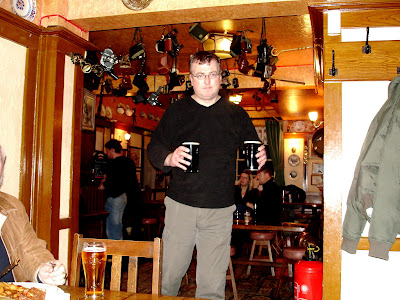 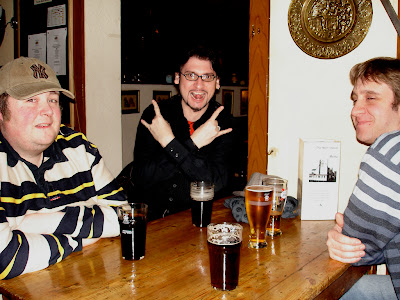 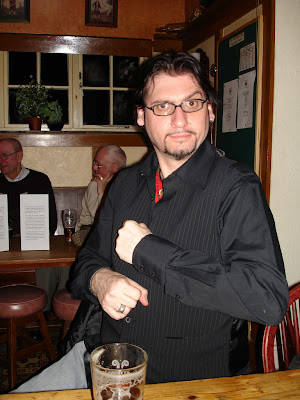 Well, a bit of a mix of photos above; the top one shows my new (ish) Nikon D200 DSLR and next to it, looking comparatively petite, is my old Pentax P30 SLR film camera which is very old indeed.

The other photos were taken last night in the Malt Shovel pub in Dartford. It has just been taken over by a new tenant landlord. The pub had been going through a bit of a rough patch for the last couple of years - and customers have voted with their feet. The new landlords, a couple called Neil and Ann have some great ideas to improve the pub and attract more customers. He's only been in the pub for two weeks, but he has already brought in a new food menu which offers freshly cooked food made with locally sourced ingredients, and the kitchen now stays open until 9.30 in the evening. The Young's beers are well looked after and properly served; I wish them well and will certainly be visiting again soon.

Ian and I were joined by Allen and his brother; they regaled us with tales from their recent trip to the Isle of Man for a meeting of the Maserati owners' club; naturally the beast was parked outside and you can see some shots of it that were taken a while ago here. Allen is obviously doing well financially - he's looking to buy a second Maserati, possibly a Biturbo. I will keep you informed.

On the subject of beer, I have a new theory. Lager and lager drinkers are contributing towards global warming. many lager drinkers are also smokers - a tribe that have now been thankfully banished outdoors. Think about it - unlike real ale (a drink that is natural, additive free and filled with complex B vitamins and roughage). Lager is laced with chemicals and preservatives, and it is pumped full of Carbon Dioxide, both to artificially make it fizzy, and to aid its' shelf life. A barrel of lager will keep in a pub cellar for around six weeks once tapped; a barrel of real ale will last no more than four days. This says a lot! All that carbon dioxide is released by the lager drinker in the form of flatulence - lager drinkers farts are killing the world. People should be told.