Retail therapy in the Riverside Centre? 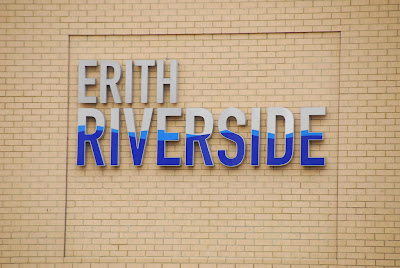 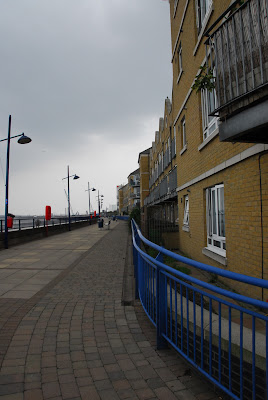 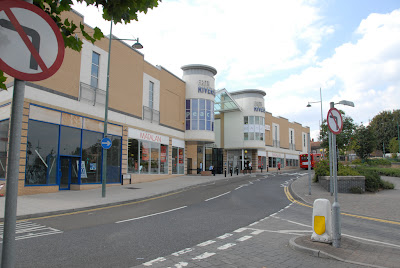 Bad news for Erith based shoppers this week; the excellent greeting card shop in the Riverside Shopping Centre closed down last weekend - it had only been open for a year. Then on Thursday I noticed that Wise, the independent furniture store, which also only opened a year or so ago, now has its' windows papered over. There are signs saying "Opening soon for a stock reorganisation and sale" but I am not holding my breath. The trouble is, with the exception of the excellent Morrison's supermarket, people do not travel to Erith to shop - it is not a destination town. This means that businesses that rely on more than strictly local trade are in trouble. Generally speaking, most local residents are on a pretty limited budget and don't tend to make many capital purchases. If you are selling premium furniture and don't get visitors from the likes of Bexleyheath or Dartford, you are going to find it very tough going as the locals cannot afford your prices. This would appear to be what Wise Furniture have discovered to their loss. The owners of the shopping centre must be worried; it has now been open for the best part of three years and has only managed to fill around a third of the retail units - and now even some of these tenants are pulling out. I fear it is a costly white elephant.

Work colleague Niel is also a fellow Blogger - you can read his musings here.

I completely missed the recent earthquake that hit most of the U.K. I slept through the whole shebang. It did prompt a round of comedy charity appeal Emails like the one below:

Disaster in Erith - An Appeal for Your Help

A major earthquake measuring 5.2 on the Richter scale hit in the early hours of Wednesday morning. Whilst the epicentre was close to Slade Green, Southeast London, there was only person injured and much damage was done in Erith.

The earthquake decimated the town, causing £30 worth of damage. Several priceless collections of mementos from the Balearic Isles and the Spanish Costa's were damaged beyond repair. Three areas of historical burnt out cars were disturbed.
Many locals were woken up well before their Giro arrived. Local radio reported that hundreds of residents were confused and bewildered, still trying to come to terms with the fact that something interesting had happened in Erith.

One resident, 15 year old mother of 3, Tracy Sharon Braithwaite said: "It was such a shock, my little Chardonnay-Madonna came running into my bedroom crying. The twins, Tyler-Morgan and Megan-Storm slept through it all. I was still shaking when I was watching Kilroy the next morning".

Locals were determined not to be bowed, as looting, shooting, muggings, drug dealing and car crime carried on as normal.

So far, whilst the British Red Cross has managed to ship 4000 crates of Sunny Delight to the area to relieve the suffering of stricken locals, rescue workers searching through the rubble have found large quantities of personal belongings including, benefit books, jewellery from Elizabeth Duke at Argos, and bone china from Pound-stretcher.

Please respond generously to our appeal for food and clothing or the victims of this disaster.

Clothing is needed most of all, especially:

* Kappa tracksuit tops (his or hers)

* Rockfort boots or any other product sold in Primark

Culturally sensitive food parcels are harder to put together, but your efforts will make a difference.

Please do not give anything that requires peeling.

* 22p buys a biro for filling in compensation claims

* £2 buys chips, crisps and a blue fizzy drink for a family of 9

Please do not send tents for shelter. The sight of such posh housing will cause discontent in the surrounding South East London communities.

You have probably seen something of a similar vein before, but it does have more than a grain of truth to it.

I have been varnishing the woodwork and painting the radiator in the bathroom - not something I am particularly cut out to do. DIY and I are not close bed fellows it has to be said. I have decided to outsource much of my maintenance work to a local chap. A new garden fence will be installed, and various other tasks should shortly be actioned; long over due, the flooring in both the kitchen and bathroom is being replaced. Photos no doubt when it is complete.

My inner Geek (okay - that is most of me, I concede) was saddened to learn of the death of Dungeons & Dragons creator Gary Gygax this week. You can read his BBC obituary here.

And now for this weeks' video clip. From back in 1984, and a gig that I very well may have attended; here are Marillion and the title track from their debut album Script for a Jester's Tear.