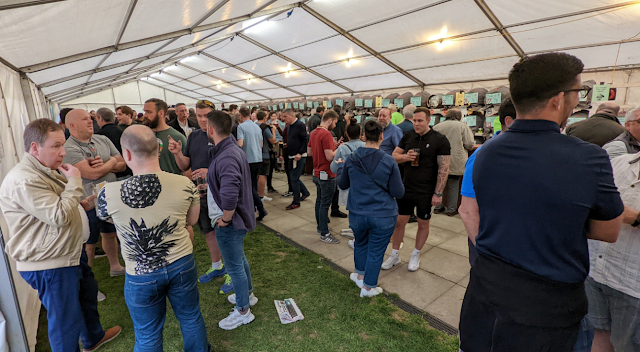 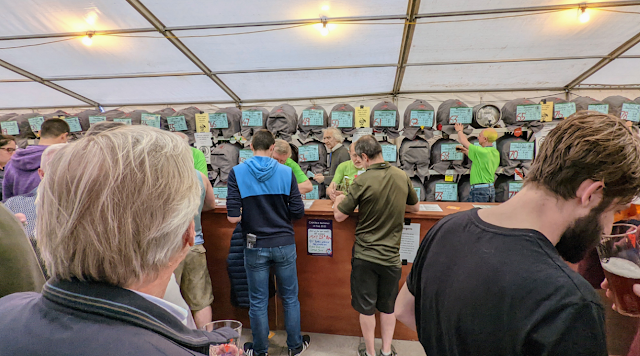 I took the photos above - click either for a larger view, on Friday evening at the Bexley Beer Festival, which was held at the Dartfordians Rugby Club in old Bexley. Because of COVID lockdowns the event has not been held for two years, so it was a welcome return for the 15th Bexley Beer Festival. There were over eighty different real ales available and about twenty different ciders and perries. The weather was excellent, for a change and the event was well attended, although I did not think that the level of attendance was as high as it has been prior to the pandemic, but it still was a good showing. As well as the large beer attempt, there were several hundred people enjoying the mild evening outside. I bumped into several people whom I had not seen since the last beer festival in 2020, and I think that a good time was had by all.

Visitors to Bluewater shopping centre will notice that a landmark store that opened fairly recently has just closed very suddenly. The Amazon store has closed after opening only last October. Amazon have confirmed that its other store located in Westfield shopping centre in London is also about to close as well as 66 shops located in America. The Bluewater  store was described as a mini department store. It'sold goods such as books, technology and toys, all of which were rated at four stars or higher on the Amazon website. Amazon says that it is closing these shops to allow it to focus on expanding its physical Amazon fresh and Amazon Go stores alongside its Whole Foods market chain. Amazon fresh is the grocery arm of the technology giant or Amazon Go is its convenience store concept. There are currently 16 Amazon fresh doors in the UK, The first of which opened in march of 2021. These stores are described as check out free as they use special count technology to track what customers are buying. Critics of the Amazon store at Bluewater said that they felt that the operators of the outlet did not really know what they wanted it to be, the stock seemed to chop and change almost by the week, which did not make for a pleasurable shopping experience The loss of the Amazon store at Bluewater will be another blow for the shopping centre, which has lost numerous retail outlets, mainly due to the Covid lockdowns. One only has to look at the situation in Bexleyheath, where the once thriving shopping centre has around a third of its retail units empty, and with little prospect of them being occupied at any time in the near future. There is a similar occupancy issue at the Erith Riverside shopping centre, which struggles to find occupants for some of its retail units. Not long ago both Barclays Bank and Argos, who were two of the largest organisations to have space within the centre have left, leaving empty units which have not been re let at the time of writing. I wonder if the shopping centre will be sustainable in the long term, bearing in mind how much of the retail market has now migrated online? Is the large municipal shopping centre a relic - a thing of the past? What do you think? Email me at hugh.neal@gmail.com. 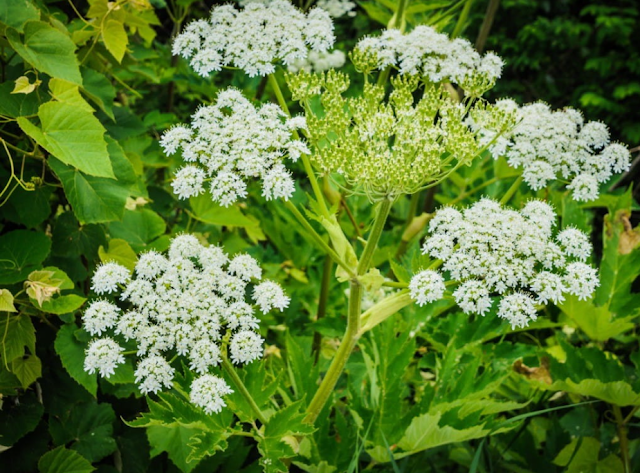 The extremely dangerous Giant Hogweed plant is set for a comeback in Britain thanks to the warm weather, and contact with the plant could lead to blindness, extreme skin burns and severe blistering. Giant Hogweed plants are said to kill off rival native plants by growing so fast that it blocks out the sunlight other plants need. The dangerous Giant Hogweed plant can often be found along rivers and canals  including areas such as both the Belvedere and Slade Green Marshes, with the plants containing toxic chemicals known as photosensitising furanocoumarins, which react when light contacts the skin. The sap of the Giant Hogweed is phototoxic and causes phytophotodermatitis in humans, resulting in blisters and scars. Blistering can begin within fifteen minutes of brushing past the Giant Hogweed. The plant is native to the western Caucasus region of Eurasia. It was introduced to Britain as an ornamental plant in the 19th century, and has also spread to other areas in Western Europe, the United States, and Canada. Its close relatives, Sosnowsky's hogweed and Persian hogweed, have similarly spread to other parts of Europe. Giant Hogweed was first described in scientific literature in 1895 but by that time more than a dozen European countries had already imported the plant as an “ornamental curiosity”. The introduction of Giant Hogweed was first recorded in Great Britain in 1817 when it was put on the seed list at the Kew Botanic Gardens in London. By 1828, the first natural population was recorded, growing wild in Cambridgeshire. The spread of Giant Hogweed throughout Europe continued unabated until the middle of the 20th century, at which time the dangers of Giant Hogweed had become more widely known. Despite the warnings, however, the plant continued to be used by gardeners, beekeepers, and farmers (for cattle fodder) for another 50 years. Giant Hogweed was finally de-listed by the Royal Horticultural Society of Great Britain in 2002. Authorities advise that all humans (especially children) should stay away from Giant Hogweed. Protective clothing, including eye protection, should be worn when handling the plant. Parts of the body that come into contact with the sap of giant hogweed should be immediately washed with soap and cold water, and further exposure to sunlight should be avoided for at least 48 hours. Because of its phototoxicity and invasive nature, Giant Hogweed is often actively removed. The European Union funded the Giant Alien project to combat the plant. On August 2, 2017, it added the species to its List of Invasive Alien Species of Union concern, thus placing restrictions on keeping, importing, selling, breeding and growing it and requiring governments to detect and eradicate it throughout the EU. In the United Kingdom, the Wildlife and Countryside Act 1981 makes it an offence to plant or cause Giant Hogweed to grow in the wild 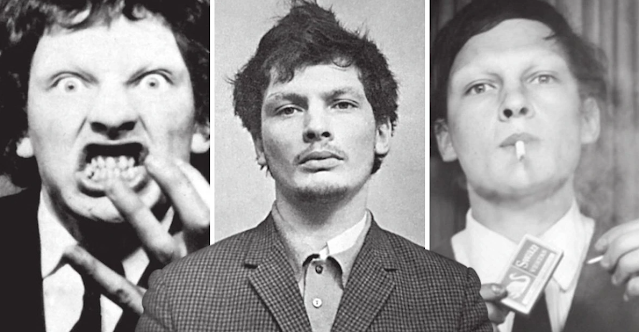 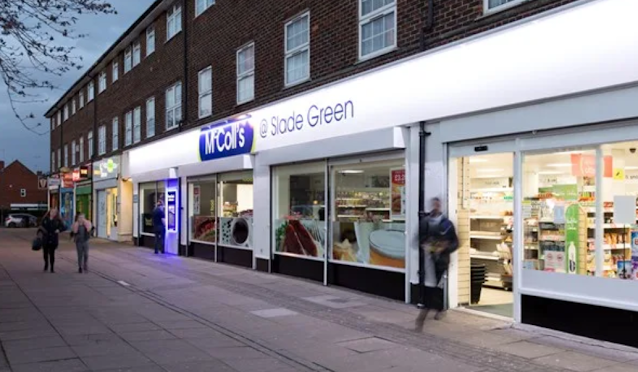 As has been reported in the mainstream press, convenience store company McColl's went into administration on Friday of last week. Things have not been going well for the company for quite some time; their local store in Slade Green closed for good some weeks ago. The photo above was taken not long after the Slade Green store opened in 2016 - which was the 1000th McColl's store in the UK. Accountancy firm PwC has been appointed as administrators and will look for a buyer "as soon as possible". Whether the Slade Green store will reopen under new ownership is currently unclear. Have you been affected by the collapse of the company? Email me in confidence to hugh.neal@gmail.com.
A local resident sent me his thoughts on the situation with the former Homeleigh residential care home, which Bexley Council said it would use to house homeless people for around a year - that was back in 2015, and the building is still in use today. The local resident writes:- "I sit here now listening to the nuisance that is the residents of Holmleigh Care Home. When the original 'temporary' permit was given back in 2015, yes 2015 Avenue Road residents were less than happy (I should add the councillor had a few, lets say less than Disney comments to say about me. Oh all on film). Despite being given assurances the change would not impact local residents we had drunkards on the roof of the property playing absurdly loud music. It's no surprise we now receive various 'delivery drivers' who come and go at night. Despite increases in council tax, the former care home looks derelict, it drags down the entire area. Erith should not be a dumping ground for those you find intolerable". 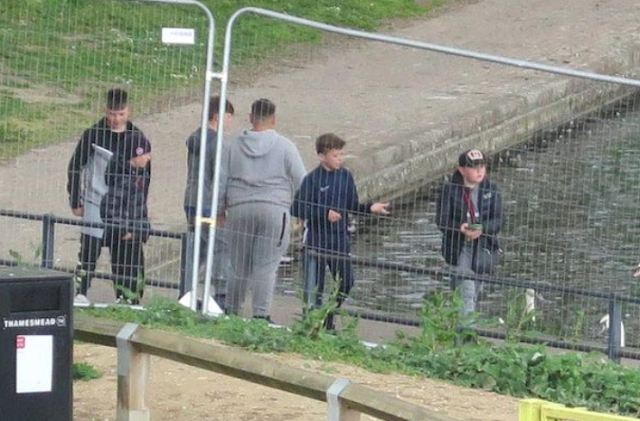 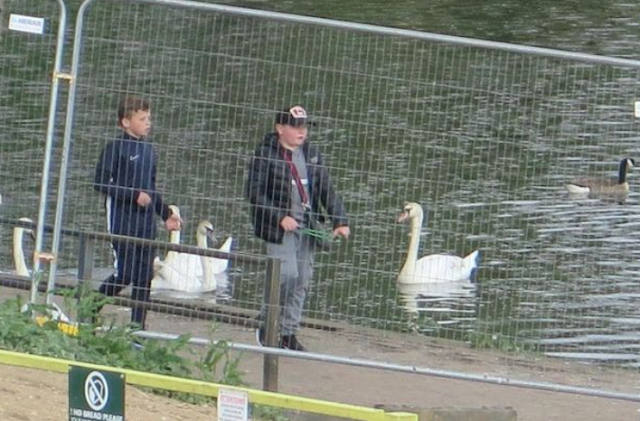 It would appear that the identity of the mystery attackers of the swans in Southmere Lake, Thamesmead may now have been solved. Over the past year or so, there have been multiple reports of attacks against the swans that live in and around the lake, and several birds have been injured or killed in the process. The Metropolitan Police have launched an appeal for information after a gang of boys were photographed apparently terrorising a group of animals in Southmere Lake. At around 4pm last Monday (May the 2nd) a group of youths reportedly used catapults to attack a group of swans in Southmere Lake. On its Facebook page, Bexley Police wrote: “ #Appeal #Share Names please. At approximately 4pm on 2nd May 2022 these individuals were caught in the act attacking swans with catapults at Lakeside complex, Southmere. Anyone with information please email p254114@met.police.uk” The upper picture shows a group of five boys, who appear to be young teenagers milling around a fenced-off part of a park. One of the boys is wearing a matching grey tracksuit, a black puffer jacket, and a DSquare2 hat. In the lower picture, he also appears to stretch a green catapult as if to position it before firing. Another of the boys is seen in a matching, slim-fitted, hoodless Nike tracksuit. A third member is also wearing a grey-tracksuit, although the branding cannot be identified as his back is turned to the camera. A fourth is also wearing a grey tracksuit, with the branding concealed, although you can see a blue t-shirt poking out the bottom of his hoodie. The fifth alleged attacker is pictured wearing grey and black Nike Tech tracksuit bottoms, with a grey and black Nike zip-up hoodie.
The end video this week is by transport expert and well known YouTuber Geoff Marshall. He presents a questions and answers video on the Elizabeth Line, which is scheduled to open very shortly. As always, comments and feedback to me at hugh.neal@gmail.com.
Posted by Hugh at 12:15 pm