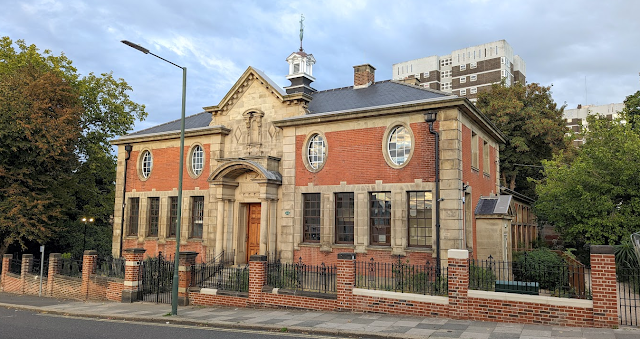 Some welcome news last week from The Exchange - the charitable community benefit society that runs the Old Carnegie Library in Walnut Tree Road, Erith - photo above - click on it to see a larger version. They published the following announcement:- "The Exchange receives £324K of support from Arts Council England and is recognised with National Portfolio Organisation status. Erith-based community organisation, The Exchange, is one of 276 new organisations across England to receive a share of £446 million investment in culture and creativity. The Exchange took on the running of Erith’s Old Library in 2019, transforming the derelict building into a vibrant community hub filled with craft, creativity and community. In just 3 years – and through a period of major upheaval – the organisation, that was founded and is owned by local residents, has now received a major hallmark for its work in the local area in being named a National Portfolio Organisation by the Arts Council. The Exchange’s Founding Co-Director, Sarah Batten, said: “This is an incredible achievement, and is testament to all the hard work of community members in making The Exchange truly a place for community and creativity. Our organisation was founded on the ambitions local people had for the Old Library back in 1906 when the building opened, and today that continues with a programme led and sustained by some incredible local residents. It is truly brilliant that the Arts Council recognise our passion, ambition and commitment to local culture and creativity.” Arts Council England Chair, Sir Nicholas Serota, said: “As well as continuing our commitment to our many established and renowned cultural organisations, I am deeply proud of the support we will be giving to those new organisations which will help ignite creativity across the country.  We are facing economic pressures at present but this funding is about an investment in our future. This portfolio will support the next generation of visionary inventors, makers, performers and artists. In particular, the growth of our funding for organisations that support and develop work for children represents a profoundly important long-term investment in our country’s talent.” Arts Council England Chief Executive, Darren Henley, said: “Together, each of the 990 organisations that have been offered funding today will contribute to a portfolio that is rich, varied and truly national. This is our widest ever spread of investment across the country, ensuring that many more people will have access to a wider choice of exceptional art, culture and creative opportunities on their doorsteps. We are in tough times but we must remember creativity brings with it extraordinary dividends, boosting our country’s economic growth, creating jobs, bringing communities closer together, and making us happier as individuals. Everyone deserves to enjoy the benefits it brings, and with this investment, we believe we’ve taken a decisive step towards making that vision a reality.” Culture Secretary Michelle Donelan said: "Thanks to this new government funding package, spreading more money to more communities than ever before, people living in areas from Wolverhampton to Wigan and Crawley to Chesterfield will now get to benefit from the deep economic and social rewards culture can bring. "We continue to support our icons such as the Royal Philharmonic Orchestra and Royal Shakespeare Company, but today's announcement will see organisations in places all too often overlooked get the support they need to transform access to the arts for everyone - no matter where they live." Comments to me at hugh.neal@gmail.com.

Local specialist sports car maker Caterham Cars have got two very good reasons to celebrate. The company, which has its factory in Kennet Road, Crayford, is celebrating its 65th anniversary this month, and is also celebrating its highest number of car sales this year. Although it has not yet released the final numbers, it has announced that its sales this year have exceeded six hundred of their high performance, hand built sports cars, more than the previous record which has stood since 1996. 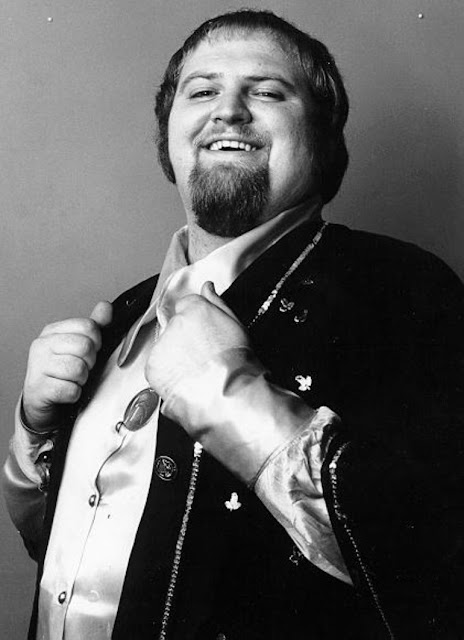 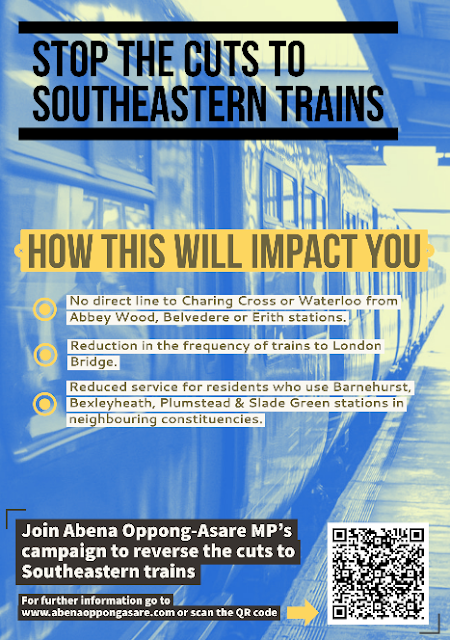 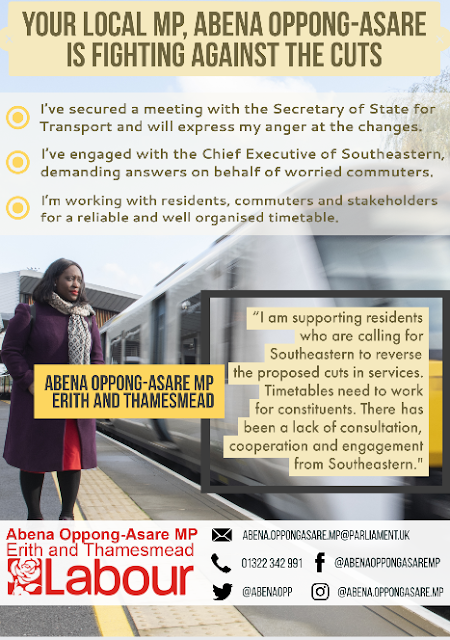 I made my way to Erith Station on Wednesday morning; I normally permanently work from home, but that day I had occasion to visit the company office for a couple of face to face meetings. When I arrived at the station I was immediately recognised by local Councillor Nicola Taylor, who, along with some of her Labour Party colleagues was distributing copies of the leaflet shown above - click on either page to see a larger image. Following this, the party published the following press release, which I reproduce in full here- "Erith and Thamesmead MP, Abena Oppong-Asare has challenged the Government’s record on Southeastern Railway failure and called on Southeastern to reverse their proposed timetable changes, due to be introduced on 11th December 2022. The cuts will result in no direct line to Charing Cross or Waterloo from Abbey Wood, Belvedere, or Erith stations, a reduction in the frequency of trains to London Bridge, and reduced services for residents who use Barnehurst, Bexleyheath, Plumstead, and Slade Green stations in neighbouring constituencies. The changes were proposed without consultation with the public and commuters who rely on those routes. A Government Minister said yesterday in Parliament, “it is vital that passengers are consulted on any changes to services, whether timetabling or other changes”. The Government owns Southeastern, so it is unclear why they have allowed the operator to press ahead without input from the public. Abena Oppong-Asare is standing up for commuters and urging Southeastern to reconsider and carry out a full consultation with those impacted. She has engaged with their Chief Executive, demanding answers on behalf of worried commuters. She had also secured a meeting with the former Transport Minister, but government chaos means there is now a new Minister. Ms Oppong-Asare hopes the new Minister will honour the previous Minister’s commitment to meet with her. Alongside this, Ms Oppong-Asare has submitted a number of written questions to the Department for Transport, to ask whether they believe the timetable changes are acceptable. Ms Oppong-Asare has encouraged worried constituents to sign up to updates on her campaign against the cuts on her website, where they can find more information about her work. Constituents can also share their views on the cuts and bring any transport concerns they have to her attention. Abena Oppong-Asare MP said: “I am supporting residents who are calling for Southeastern to reverse the proposed cuts in services. Timetables need to work for constituents. There has been a lack of consultation, cooperation, and engagement from Southeastern. Working with stakeholders and constituents, we will continue to fight for a reliable and well organised timetable that provides opportunities for all in Erith and Thamesmead and the South East.”
Britain's car theft capital has been named as Romford, in East London, taking the mantle from neighbouring Ilford, which had earned the unwanted crown last year. The locations with the worst record for stolen motors were identified by analysing the number of motorists per area who reported a vehicle stolen in the last five years.  Data from 16 million insurance enquiries in the last year found that 19.87 of drivers per 1,000 in the large town in the London Borough of Havering had made a claim after their car was stolen, which is more than anywhere else in the country. Some time ago I was a guest on a radio talk show on the excellent Time 107.5 FM - from Romford. One of the other guests was the then head of Police for Havering. The discussion was about crime and anti - social behaviour, and specifically motor vehicle crime. The head of Police stated at the time that he had intelligence that a significant proportion of the vehicle crimes in his area were actually committed by criminals from the other side of the river - specifically the London Borough of Bexley, and the criminals were using the Dartford River Crossing to "commute" to where they undertook their criminal activity. I have no reason to believe that this situation has changed markedly since then.
The end video this week is an explanation of the proposed Lower Thames Crossing, which if it goes ahead will be designed to substantially reduce the level of traffic that currently uses the Dartford River Crossing. Please send any comments or suggestions to me at hugh.neal@gmail.com.
Posted by Hugh at 12:30 pm