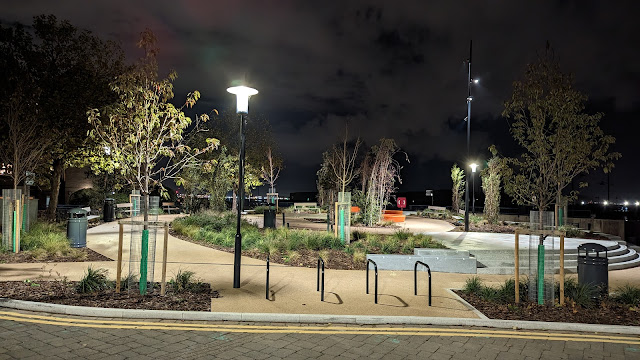 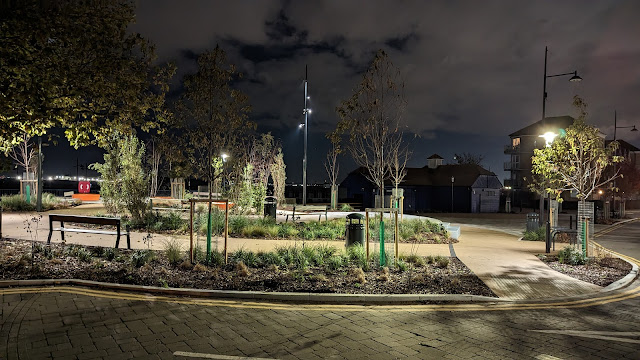 A couple of slightly unusual night shots of the newly completed Erith Pier Square, which I took a couple of nights ago. It is an impressive use of the space in front of the entrance to Erith Pier, albeit delivered extremely late. Further work to the area around Erith's river frontage is shortly to get under way. Bexley Council have announced that "Works to make the Erith High Street area by the Riverside Gardens safer and more pedestrian-friendly begin on Monday 14 November and are expected to last four months. The footpath next to the gardens will be closed to the public during this time, as well as some nearby on-street parking bays. This is so that the parking bays can be reconfigured to expand the gardens and improve access to the riverside. The footpath on the southern side of the road can still be accessed and alternative parking is available nearby on Walnut Tree Road, Stonewood Road and Saltford Close. Councillor Munur, Cabinet Member for Growth, said: The works will make the street area by the gardens safer and more pedestrian friendly with new crossing points and measures in place to reduce traffic speeds, as well as creating a more accessible bus stop waiting area.” JB Riney has been appointed as the main contractor. Further plans to improve the Riverside Gardens are expected to begin early next year. The Riverside Gardens project is being funded by the London Borough of Bexley and the Mayor of London’s Good Growth Fund." You can find out more by visiting the Greater Erith website.
Just for once, the News Shopper have published an in depth and (mostly) accurate report on the lack of pubs in Erith. You can read the article by clicking here. What do you think? Email me at hugh.neal@gmail.com. 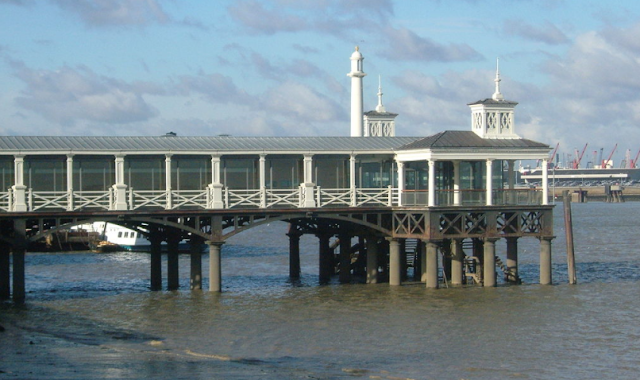 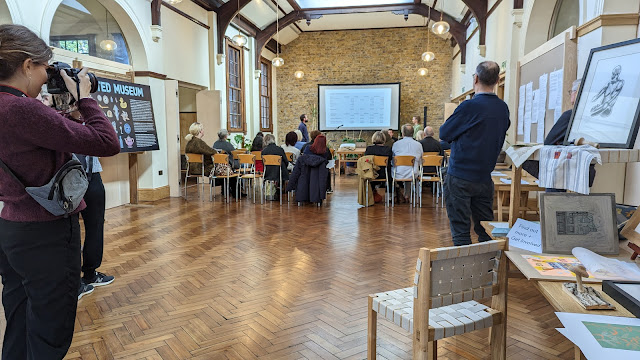 The Exchange held their annual general meeting for members and community shareholders yesterday; there was also an open day and a number of events took place. You can read more on The Exchange website by clicking here.
Another story involving the Dartford Crossing; A single speed camera in Kent has caught more drivers in a 12-month period than most others in the UK. The A282 Dartford Tunnel Approach camera was set off by speeding drivers almost 15,000 times in the last year, according to data acquired by Confused.com. This places the camera in the top 10 most triggered locations nationally and is the second busiest in the South East outside of London. It comes as the site claimed almost half of British road users have admitted to getting a speeding fine in the past. The Dartford Tunnel Approach Road camera was set off 14,423 times last year which equates to nearly 40 fines each day, or an average of more than 275 every week. A camera on the A40 in North West London topped the data and was set off almost 50,000 times in the same period. 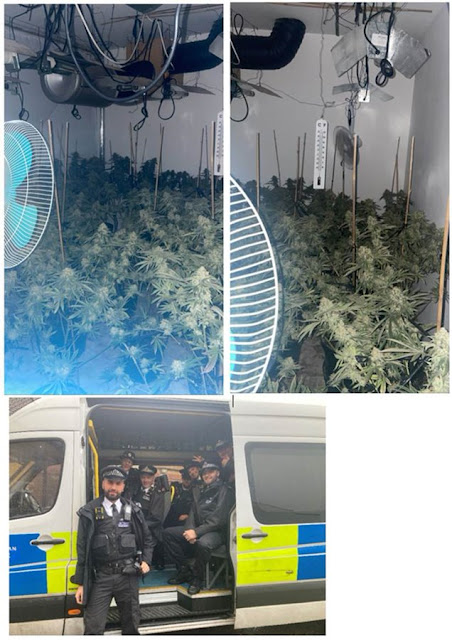 Thamesmead and Belvedere Police have been active recently; they have uncovered and raided a very large cannabis factory in Thamesmead. Their announcement on Twitter reads:- "On Thursday 3rd of November officers from @MPSThamesmeadE @MPSBelvedere carried out a drugs warrant at an address in Abbey Wood. A substantial cannabis factory was discovered at the address. No arrests have been made at this stage but the investigation is ongoing". 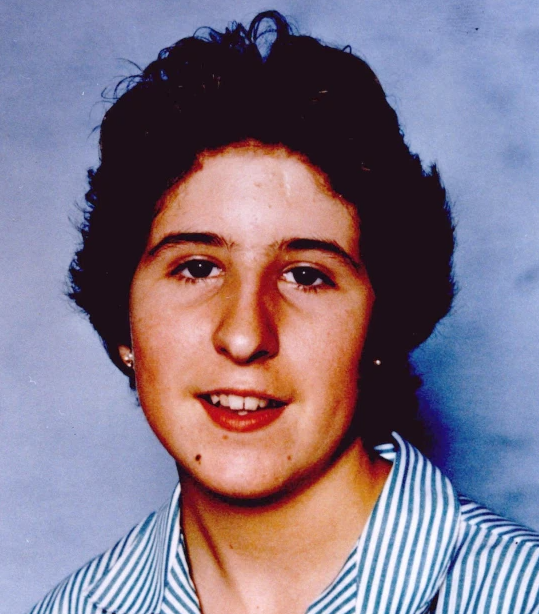 Last June I wrote at some length about the serial killer, Robert Napper, who is also known as The Plumstead Ripper. There have been recent developments in his case which could possibly have solved an infamous Greenhithe murder, which may have been incorrectly attributed to another person. Robert Napper was the eldest child of Brian Napper, a driving instructor, and his wife Pauline. He was born in Erith in February 1966, and is considered to be probably the most notorious son of the town. Napper was brought up on the Abbey Road Estate in Plumstead. His background was troubled and dysfunctional. The marriage of his parents was violent and Napper witnessed violent attacks on his mother. His parents divorced when he was nine, and he and his siblings (two brothers and a sister) were placed in foster care and underwent psychiatric treatment. The psychiatric counselling Napper had at the Maudsley Hospital in Camberwell lasted for six years. At age of thirteen, Napper underwent a personality change after a family friend sexually assaulted him on a camping holiday. The offender was jailed, but Napper became introverted, obsessively tidy and reclusive, according to his mother. His Asperger's Syndrome was worsened by his experiences, and he began to develop Paranoid Schizophrenia. He attended Abbey Wood Comprehensive School, where classmates said he was “despised”. One said: “No one wanted to sit next to him in class. He did not have any friends and he was teased a lot about his spots. In a game of football once, when he headed the ball, the game stopped because no other boy would go near the boy after it had touched his forehead". Napper left school at 16 with qualifications in seven subjects, lived at home until the age of 21 and took a variety of manual jobs, including work as a warehouse man in the publications and forms store for the Ministry of Defence. His workmates considered him dull and boring: he turned up on time and did not speak much. But undetected by his colleagues and later, the police, his sexual deviancy became ever more extreme. It started with flashing and voyeurism, then it escalated into rape and finally into murder. Before he killed Rachel Nickell, Napper was suspected of four rapes, and he has since been convicted of three of them. Those rapes were part of a series of 106 sexual assaults known as the Green Chain rapes, in south London in the early 1990s near where he lived. It is now thought that Robert Napper may also have been the killer of Claire Tiltman (Photo above) in Greenhithe in 1993. A retired detective Alan Jackaman believes a potential miscarriage of justice led to the wrong man - Colin Ash-Smith - being jailed for life, according to a number of press reports. Claire Tlitman was stabbed forty nine times in an alley in Greenhithe in January 1993. Six months earlier, Rachel, 23, was knifed forty nine times in front of her two-year-old son on Wimbledon Common. Napper, 56, was not connected to Rachel’s killing until a 2004 DNA breakthrough. Mr Jackaman said forensic evidence suggested Claire’s killer was holding the knife with his right-hand. Napper is right-handed, whereas Ash-Smith, 53, uses his left. Mr Jackaman also says police dismissed Napper on the basis he lived in South East London not Kent, yet he could have been at the scene with a 21-minute four-stop train journey at the time. A suspect with a limp, like Napper was also overlooked, according to the former detective:- “If we are looking for modus operandi then look no further than Napper who’d follow lone females before attacking them.” Ash-Smith was jailed in 2014 after a supposed prison cell confession and without forensic evidence. At the time of writing it is unclear from the reports whether the case of the Claire Tiltman murder will be reopened. Napper in any case is spending the rest of his life in Broadmoor Hospital; recent accounts state that he is still highly delusional;  he erroneously believes he has a Master’s degree in Maths, had won the Nobel Peace Prize, been awarded medals for fighting in Angola and had millions stashed in a bank in Sidcup. He also believes that his fingers had been blown off by an IRA parcel bomb but had miraculously grown back. The only good news to come out of this sad and disturbing tale is that Napper will never be released from Broadmoor Hospital, and cannot further threaten the public. Comments and feedback can be sent to me at the usual address - hugh.neal@gmail.com.
The end video this week is a documentary on Robert Napper and his murderous crime spree, and on how he was eventually caught by Police, but only after an innocent man was jailed for the crimes actually committed by Napper. Viewer discretion is advised.
Posted by Hugh at 12:15 pm