All quiet on the Blogsphere. 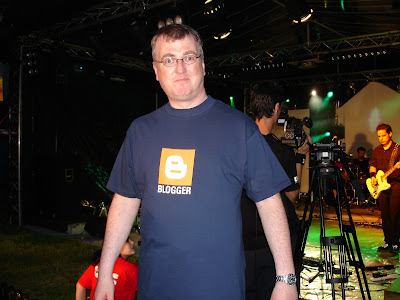 Very good friend, Land Rover owner, and fellow radio amateur Colin G6PBS is getting active on the H.F (short wave) bands and has purchased an 80 metre transceiver. It won't be long until he is on the air to Europe (and possibly beyond, if conditions are favourable). I need to get out of my comfort zone on 2 Metres VHF, where I have been lurking for the last five or six years. I really need to invest some time and serious money in new equipment and an antenna tower; I think I am probably better off waiting until such time as I move house and have more space to dedicate to the hobby.

No new Blog postings this week from either Sibonetic or Plumsteadshire. I suppose I ought to pick up the standard and march with it then. As previously posted, I had planned to have a dig at Bexley Council about the state of the Tunnel of Doom (tm), but strange things seem to be afoot. Some fresh ex War Department battleship grey gloss has been sloshed once again over the ceramic tiles that line the tunnel and the graffiti I photographed late last week has been temporarily obliterated. We shall have to wait and see what further events develop. I will be waiting along with my camera.

As you will have no doubt seen, following the extensive and breathless press coverage, Apple have finally launched the iPhone in the U.S. When it comes to the UK later this year it will be a substantially different beast, and will include 3G, unlike the American model. And no, I will not be buying one. Bloody mobiles - a technological and sociological festering boil on the bum of civilisation and the 21st century's replacement for the cigarette. Still - since it is being produced by Apple, so it will be well designed, well made and technologically interesting (and it runs an embedded version of OS X, so FreeBSD Unix is hiding in there as well).

Here is a piece on the iPhone from CBS News in the U.S - taken a couple of months ago at the last U.S MacWorld show: