The Medway and me. 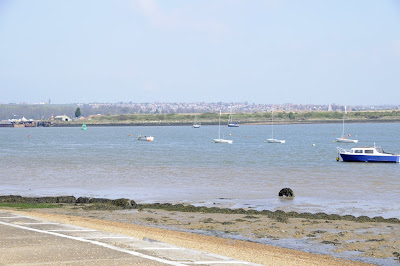 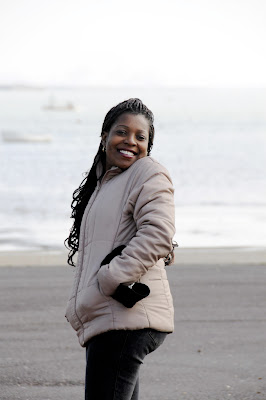 On Monday, Shirley and I went down to Gillingham - an unexpectedly nice day out and a much nicer place than I had been expecting; the area around the river front is very pleasant indeed , and I even saw a house for sale that I quite fancied. You can see more of Gillingham and some of the character houses by visiting my Flickr account here. Unfortunately it is just too far from London for me to relocate there. Still, it was a lovely day out and we ate at Nandos in Chatham - a favourite eatery. We also looked at the new high end development - The Quays at Chatham Maritime - very expensive luxury apartments which will be finished next year. Somehow, with the current housing crisis I think these could have been built at the wrong time and the developers could get their fingers burned.

Here is something of a curiosity: Tom Baker's Doctor Who advertising Prime mini computers in the late 1970's - apparently an advert from Australian television. If, as he says, they use Prime kit on Gallifrey, no wonder the Time Lords lost the time war!

Everywhere I look in the press, whether it be written, online or on TV, I see constant fawning admiration for that quarter witted excuse for an "entertainer" Russell Brand. His carefully contrived unkempt cod rock star appearance, libidinous reputation and laddish behaviour seem to endear him to the nation's copy writers. Personally I think he is a waste of protoplasm who would be more suited to clearing Afghan minefields on a pogo stick.

WNKR have relocated their online audio stream since last week. Go here to listen. All good stuff and some seriously entertaining programming.

Here is the main video clip for this week - it features Genesis playing the instrumental "Los Endos" during the 2007 world tour; I saw them at Twickenham and posted a Blog entry about the concert here. This clip however was recorded by Italian television on the Rome leg of the tour.