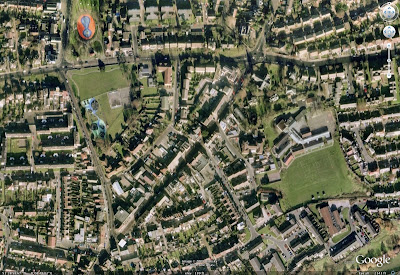 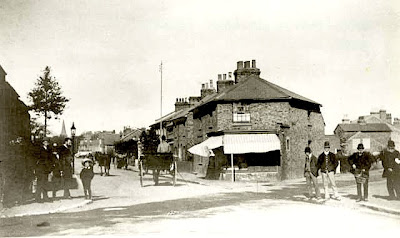 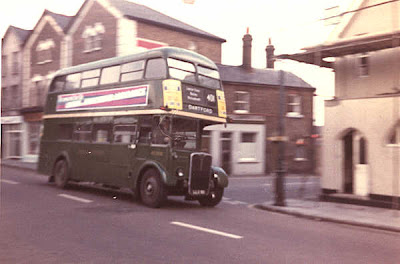 I have been beset by a mini Biblical style plague of flies over the last few days. I came home from a business meeting in Birmingham (more of which later) to find somewhere between twenty and thirty bluebottles flying circuits around my kitchen, lobby and living room; several then used my kitchen work surface as a kind of mini Heathrow airport. Bearing in mind no windows were open and I have not opened the door to the back garden in over a week, I am somewhat mystified as to their origin. I certainly don't seem to have any dead small creature secreted anywhere in the vicinity. All very strange. Suffice to say I have been engaging in all out chemical warfare against the disgusting little buggers with quite a degree of success, though just when I think the genocide is complete, another few appear as if from nowhere.

And more of the trip to Birmingham; I spent £100 of my company's money to get the 8.10 am Virgin train from London Euston to Birmingham New Street for a meeting, and for that King's ransom I had to stand for the entire duration of the journey. I utterly despise travelling at the best of times, and this did nothing to assuage my feelings. Some numpty also managed to run a laptop trolley over my foot - not that it caused me any hurt, as I habitually wear steel toecapped boots, though it did leave a nasty tyre mark. The culprit got a hefty earful of pretty colourful invective, and I doubt they will be so careless in future.
There has been some coverage in the local press about the proposed remodelling of the Nuxley Road area of Upper Belvedere, which has been met with stiff opposition from the locals. As I was brought up in the area, I thought that I would mention the totally unnecessary and wasteful changes the misguided jobsworths in Bexley Councils' planning and highways departments are trying to steam roller through. They want to effectively pedestrianise the area, which will killl passing trade. Your thoughts and feedback would be welcomed by clicking on the comments link below.

The photos at the top of this posting are a mixed bunch; the very top one is a view from Google Earth of Nuxley Road and the surrounding area of Upper Belvedere from a height of 2143 feet above ground. Click on the image for a more detailed version. In passing, the orange area to the top left of the image is Belvedere splash park - the largest children's water play area in the UK. The next photo is of Nuxley Road (then called Bexley Road) in about 1900. The third photo was taken in the mid 1960's and shows a 401 bus as it goes past the working man's club in Nuxley Road. The 401 route nowadays terminates at Bexleyheath, whereas at the time the shot was taken, it went all the way through to Dartford.

Something that really grates with me is the way many people in this neck of the woods massacre the English language. Only a couple of hours ago I heard an unwashed and track suit wearing Mum screaming at her kids "get here youse two!" Since when did the word "Youse" enter the dictionary? Uncouth and ignorant are all I can think of to describe her. What is even worse is the almost ubiquitous misuse of were and was, as in "we was going down Netto" instead of "The au pair drove over to Waitrose". Okay - I exaggerate for effect, but you get the point. Like the well publicised random smattering of possessive apostrophes one sees on many public notices, it seems like proper English and grammar is either not being taught, or more likely the local Chavs are devolving into neanderthals.
Posted by Hugh at 6:01 pm