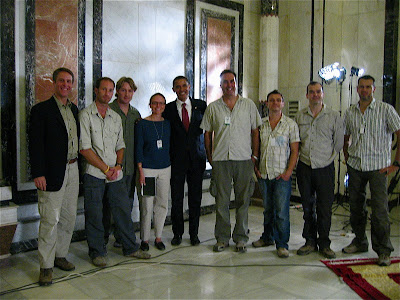 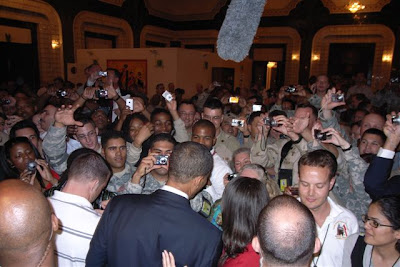 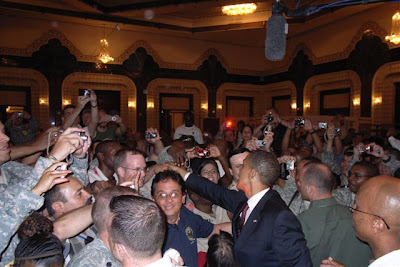 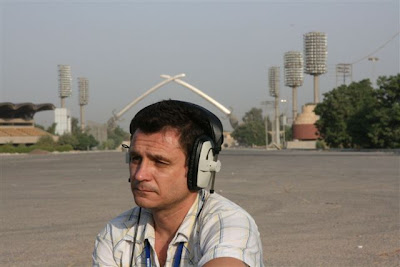 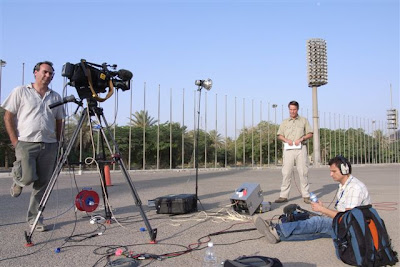 I received an Email this morning from Bongo, I have also spent over an hour on the phone with him - he's been off, swanning around the world once again, rubbing shoulders with a major league player as you can see above. He's been following American Presidential candidate Barack Obama around the world on his pre - election foreign tour, no doubt waving his "Tribble on a stick" microphone (see his photos above for the evidence) under Mr. Obama's nose , and over his head from time to time. Well, I suppose it beats working for a living...
Posted by Hugh at 1:56 pm