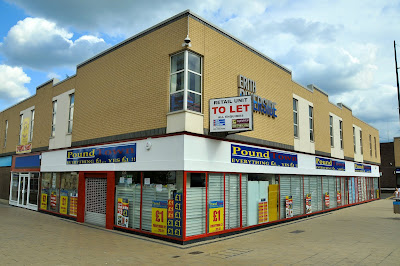 Pound Town opens for the first time at 10am on Monday morning. At least, that's what the hand written posters in the window of the store in Bexley Road, Erith say. I hope to have a look around the place on Monday afternoon, and will report back accordingly. I am keen for independent local businesses to thrive. Having said that, I was not surprised to see the condemnation of plans to reduce the size of the B&Q store in lower Belvedere to allow the construction of an Asda supermarket on the same site. A mini market owner / operator from Thamesmead claims that the development will increase anti social behaviour and harm his business. Hang on a minute - the new Asda will be on the old Erith & Belvedere football ground site, right next to Belvedere railway station. That is a good mile or so from Thamesmead. I think the claim to loss of business is just so much self publicising hot air. As for anti social behaviour - I doubt that there would be more than the area already suffers. Lower Belvedere could do with a supermarket, as there currently is only an under stocked and over priced Tesco Metro on the site of the old Co-Op.
The new Erith Library had to close on Friday morning, as the block in which it is housed had all their electricity cabling stolen by local thieving scumbags. You can read all about it in the News Shopper here. The problem of metal theft is becoming intolerable. One potential solution is to make it illegal for scrap dealers to take cash. In order to sell metals to a dealer, you would need to be registered with them, and have an account which could be credited for legitimate transactions. This would make auditing and tracking of deals more transparent. It would also make it easier to spot "under the counter" trading. I know the Police are concerned that many of the unlicenced and illegal metal traders in the area are also involved in other criminal activity. By my own observations, I would guess that locally there are as many illegal traders as there are properly licenced ones.
The Police office in Erith Riverside Shopping Centre opened on Monday morning, and is now in full operation. I was inadvertently "in the picture" on Thursday afternoon; a crowd of officers and PCSO's were outside the office, posing for official photographs. I stopped for a quick chat with a couple of them, only to be moaned at by the official Metropolitan Police photographer for getting in the way. Oh well, I thought that the local constabulary would have welcomed the presence of Captain Tweed, but then the photographer was not local, and would not have realised. 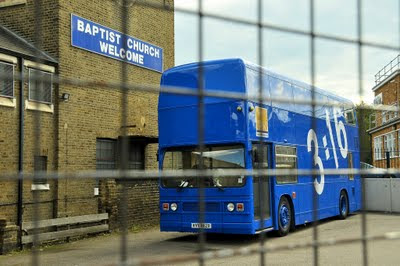 In case you had wondered what a rather unusual bright blue double decker bus was doing, trundling around the local area, I can elucidate. It is owned and operated by a group from Queen Street Baptist Church. CRIBS are a charitable organisation. I am not endorsing or otherwise promoting their objectives, but you can check out their website by clicking here. Personally not my cup of tea, but as I always say "if it works for you..."

Do check out Erith's own online real - time weather station, operated by Bob Hewitt. You can see exactly what the local weather is doing, and view Bob's web cams by clicking here for more.
On Wednesday lunchtime, I was walking along Canada Square in Canary Wharf, on my way to Canary Wharf Docklands Light Railway Station. I saw a lorry with a large boom arm mounted on the back, that was mounted with what looked like a large commercial HD video camera; it was tracking a matt black painted micro car of indeterminate origin, which was being driven by none other than Richard Hammond. I don't know what show he was filming, as he now seems to be on almost every other programme transmitted by the BBC, but no doubt I will find out in due course.

The photo below shows what Erith bar and anti social crime magnet Potion looks like today. As I have previously written, Potion's owners got into a lot of hot water with Bexley Council for demolishing the original salt glazed tile and acid etched glass frontage of what is a listed building, formerly the White Hart pub - instead installing a hideous and out of place plate glass frontage that makes the building look like a giant fish tank full of chavs (which gets me thinking - feeding chavs to a tank of Piranhas would make for very entertaining and lucrative pay per view TV) . There was a court case, and the Council won. Potion promptly appealed and recently their appeal was thrown out by the local Magistrates. Bexley Council have now legally enforced restoration work to return the building to its' former glory as a prime example of a mid period Victorian Public House. 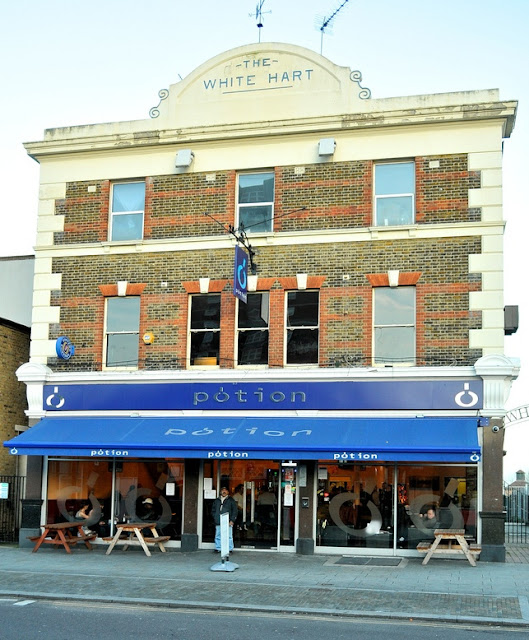 The photo above show how Potion looks now. The graphic below illustrates what the building will look like after the restoration work is completed. You can see all of the documentation submitted to the council by clicking here. The new plans are definitely much better, and more in keeping with the conservation area that the building occupies. Click on either for a larger view. 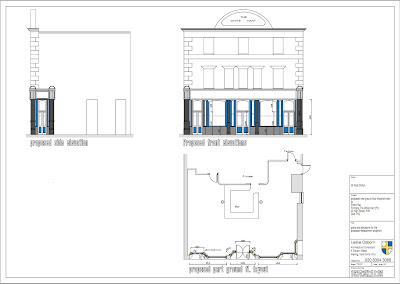 It is pleasing to see that Bexley Council Planning Department actually have some teeth, and backbone to carry through this enforcement work. The shady owners of Potion need to start respecting both the planning laws, and also start to run a respectable venue - currently the place is Erith's hard drugs supermarket. The place has been raided by the Police on at least a dozen occasions - you can read about those incidents on the Bexley Times website here. My main concern is faced with thousands of pounds of remedial work, some of which will mean that the bar will need to be shut for a time; I am worried that instead there will be an "accidental" fire and the place will be gutted, then abandoned by the owners, who may do a runner, pocketing the insurance money.

A rather unexpected and extremely overlong decision by the European Union has paved the way for the use of single sideband on 27MHz Citizens Band Radio across Europe. The revised regulation will permit European CB operators the use of SSB equipment running 12 watts PEP output in the frequency band 26.960 to 27.410MHz. The European Union decision to permit SSB on 11 meters came into force on 24 June and carries a preferred implementation by national telecommunications administrations of 1 October. To my mind, this rather muddies the water in respect of the delineation between CB users and Radio Amateurs using their long established H.F 10 Metre band allocation. I have been considering the purchase of a dedicated 10 metre radio transceiver - see the photo below, and click for a larger view. 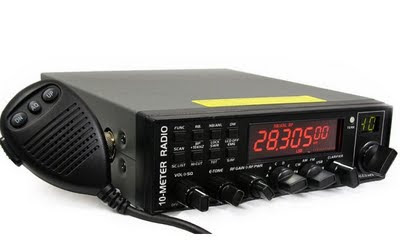 The radio above is basically a "one size fits all" transceiver that can be programmed to work on both the 11 metre CB and 10 metre Amateur bands. As a Radio Amateur with an advanced class licence, I could purchase a radio such as the one above, and have the pre set band limits removed - I am allowed to use it without any such restrictions; indeed, the radio has an output of 12 Watts on AM and FM. I am legally permitted to boost this to an output of 400 Watts within the scope of my licence, something CB operators are forbidden to do - not that it ever stopped them in the past. Radio Amateurs have quite astonishingly wide powers to construct and transmit on many bands without additional supervision. You can read more about how to get started in Amateur Radio by clicking here.


I have been considering updating the look and feel of the humble Maggot Sandwich for a while now. The main obstruction is technical. The Blogger template that I use has a rather well known bug. When you upload a photo or other image, it displays a few pixels right of centre on the page. I manually hack the HTML code on each uploaded image to correct this irritating fault. All of the new templates have fixed this error; the trouble being, if I change the template to a new version, all of the pictures on the blog will then display a few pixels to the left of where they are supposed to, because of my code modification. I can go through all the images over the years, correcting the coding, but it would take an absolute age, as there are now well over a thousand photos to correct. Any thoughts on what I should do about this would be gratefully received.

You can check out my Flickr photo albums by clicking here.

The video below is a rather clever "mash - up" of several music tracks. I stumbled across it whilst looking for something else. It is certainly worth a listen.

Darryl of the truly excellent Charlton based 853 Blog has discovered the following information about the planned disruption to train traffic on the Dartford to London via Greenwich train line during the Olympic Games next year. Click here to read his findings.  He also reports that the Blackheath Music Festival has finally got the go - ahead after the longest planning appeal court case in history. Click here to read all about it.

Some time during Thursday afternoon, the Maggot Sandwich received its 40,000th unique individual page view. Thanks to all of you who read my humble postings, it is greatly appreciated.

The main video this week was shot by friend and former Radio Caroline and RFM presenter Bernard - this was shot this weekend, live at the High Voltage Festival in Hackney. It features Canterbury based folk / prog rock band Caravan playing one of their best known tracks - Golf Girl. Please feel free to leave a comment below, which will be moderated within 24 hours at most.