I took the photo above Erith Riverside Gardens yesterday morning. Bexley Council were running workshops where they explained the forthcoming upgrades and improvements to the Riverside Gardens. I joined a small group of local residents and spent over an hour talking to two ladies from the council who were heavily involved in the redevelopment and improvement works. From what I could gather, whilst the flood defence wall which runs parallel to the riverside path will be retained, much of the rest of the Riverside Gardens is going to be substantially altered. The parallel parking bays in Erith High Street will be removed to extend and expand the area covered by the Riverside Gardens. Whilst some old trees in the gardens will be removed, primarily because they are either old and at the end of their life, or that they are suffering from a disease that cannot be treated, many new trees will also be planted. The Western end of the gardens, where the flagpole or ship's mast is currently located will be the location of a new dedicated children's play area. The play area is going to be made of locally sourced and sustainable wood, and it will be surrounded by a waist high fence to keep dogs away from children. The ship's mast will be relocated to the Eastern end of the gardens, close to where the site of the temporary Erith Lighthouse structure was placed several years ago. Many of the steps that exist in the gardens at present will be removed and the area will be levelled to make access for wheelchairs and buggies much easier. In my opinion, the changes to the gardens will be positive and beneficial, and it is evident that Bexley Council is spending a substantial amount of money on the improvement works. I was concerned about the removal of several trees, but I was assured that if they were not removed, they would eventually die anyway. I was disappointed by the turnout of local residents at the event. On Saturday there were two presentations, one at 10:00 a.m. and one at 10:45 a.m. The ladies from the council told me that the first of the presentations had around 10 people in attendance. I attended the second session at 10:45, and unfortunately only two people in addition to myself attended. I think part of the reason for this was that the event was not very well publicised. There is an additional presentation planned for Wednesday at midday, so if you're in the area and wish to know more about the works too, extend and improve Erith Riverside Gardens, then do pop along. I did mention to the ladies from the council that it will be preferable if the contractor that is still currently engaged on the construction works at the Pier Square was not selected for the Riverside Gardens, has that contractor has now overrun their original completion date by something in excess of two months, and it would appear that much work still needs to be done. What do you think? Email me at hugh.neal@gmail.com. 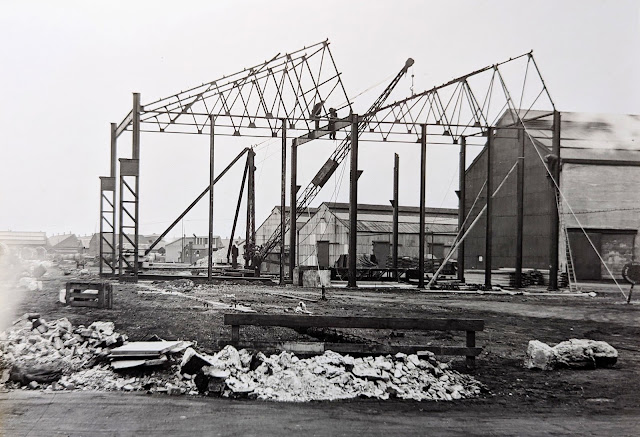 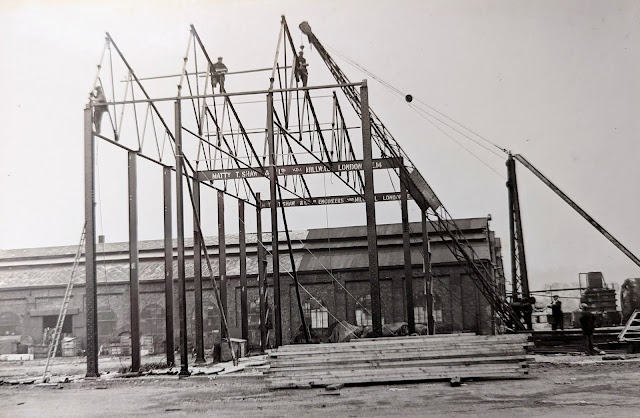 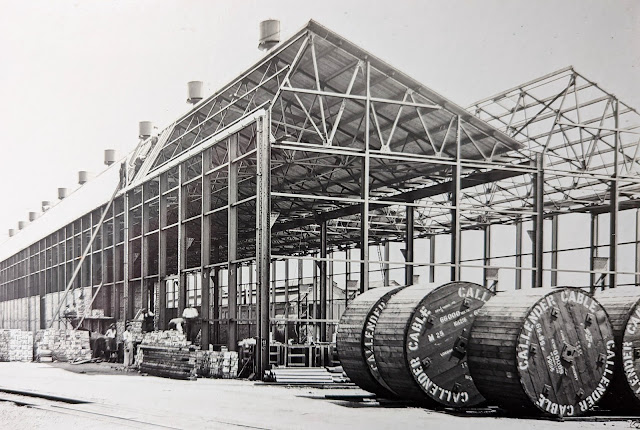 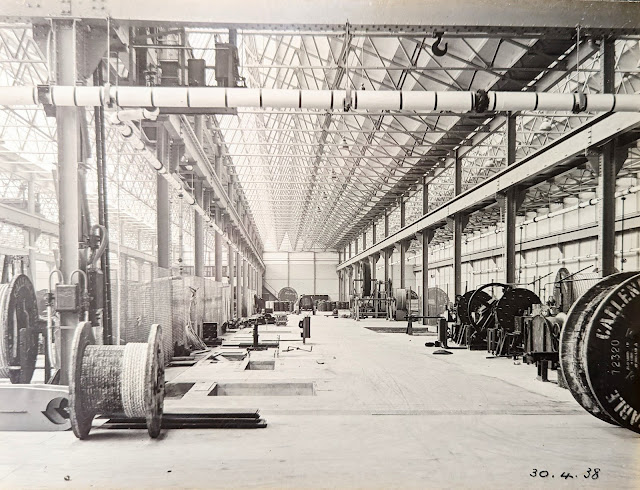 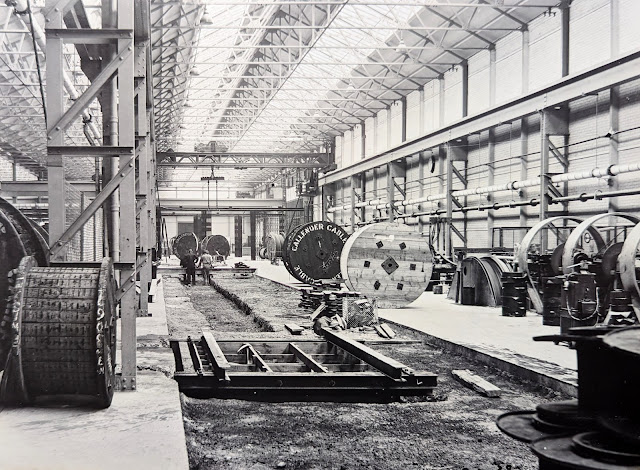 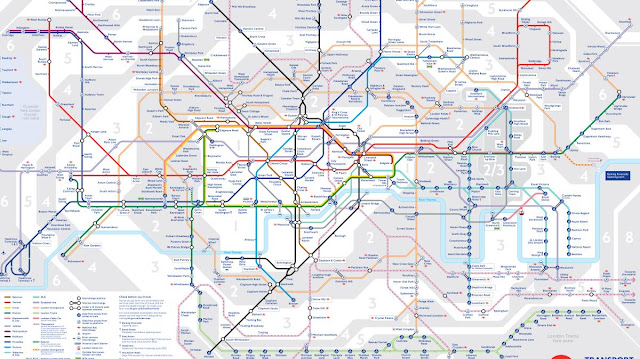 Transport for London has issued the following advice about the Elizabeth Line, which is about to open; the nearest local station on the line is Abbey Wood:- "The Elizabeth line will open on Tuesday 24 May. The line will operate in London as three separate railways, in the east, west and through central London. When the final stage is complete, customers will be able to travel seamlessly from Abbey Wood to Heathrow and Reading, and from Shenfield to Heathrow. From 24 May:The central section opens, adding nine new stations to the TfL network (Bond Street will open to Elizabeth line customers soon). There will be 12 trains an hour (a train every 5 minutes), running between Paddington and Abbey Wood from 06:30 to 23:00, Monday to Saturday. Bond Street is currently closed and will open later on this year. There will be no Sunday services. A special service will operate on Sunday 5 June for the Platinum Jubilee weekend running from 08:00 to 22:00. Services between Liverpool Street and Shenfield, and Paddington to Heathrow and Reading will continue to operate on Sundays as they do now". 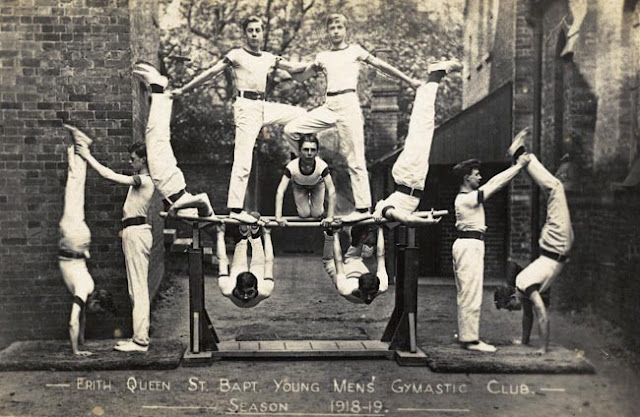 The historic photograph above was sent to me by reader Jacob a while ago; it shows young members of the Queen Street Baptist Church Young Men's Gymnastic Club from back in 1918. It strikes me that the young lads in the photo were extremely lucky to be just a little too young to have been eligible for the draft for the Great War - and they would have been too old for the draft for World War II as well. After the utter carnage that had been, and the carnage that was to come, at least one generation would not have front line experience of global warfare.
Following my article on the proposed closure of the Sidcup branch of Barclays Bank last week, regular reader and occasional contributor Jeff has written the following guest article:- "Banks are very careful with their use of language. For instance, last week it was reported in Maggot Sandwich that the Sidcup branch of Barclays is planned to close. I know that they are consulting but as a part time student of bank closures, I can't remember a case where this was reversed. Looking at the reasons for closure document: We’ve identified that only 265 customers use this branch exclusively for their banking. (My emphasis.) So, if one of their customers needs to speak to someone at the bank or carry out an​in-branch transaction on a Saturday (when Sidcup is closed), they may go to Eltham, thus they no longer use Sidcup exclusively. Equally if they pop into a branch while shopping in Bexleyheath or Dartford, they are no longer bank solely at the Sidcup branch. The number of counter transactions has gone down in the two years to March 2020, and additionally 84% of our branch customers also use other ways to do their banking such as online and by telephone - how frequently, and for what? Maybe they check their balance to see whether their monthly pay check has been deposited. I wouldn't be surprised if my bank counts me. When 'two factor authentication' came in, I was not receiving the code to my landline or e-mail address, so I had to phone them. They were calling my old landline (in the midlands) having added my new landline as an additional phone number (rather than replacing it - even though only the new one showed on my communication information). It took two calls and two transfers to get it sorted. Customers using other ways to do their banking has increased by 10% since 2015 - seems a lot until you realise it is only about 1.5% a year, not exactly revolutionary! In the past 12 months, 27% of this branch's customers have been using nearby branches - like people going to Eltham because they need to go to a branch on a Saturday, or maybe if the Sidcup branch was closed through covid related staff shortages. It is fine spouting that 80%, 90% of transactions can take place by phone or on-line. That leaves 10%, 20% that can't, they need branches. Original documents need to copied, personalised advice needs to be given (if banks are no longer going to give it, then we will all go on comparison websites and get services a whole lot cheaper from other providers), cash needs to be deposited. When I was acting as the Executor for a Will, I had to take documents into a branch, some were originals so I wasn't trusting them to the post. There are other occasions when banks require physical evidence but are increasingly reducing the number of outlets where you can take it. Both of these may be counted as using other ways to do their banking. (And the idea that I would take financial advice from someone over the phone, advice that relies on me being able to remember and correctly interpret what was said by someone who may or may not know what they are talking about defeats me. At least when I go into a branch, I can describe the person who gave me advice). I have been encouraged to pay bills without going to the bank counter, by using the ATM. That is fine but if the branch closes so does the ATM. Banking on-line would mean yet another password, there are only so many I can remember. I still use bank branches for two reasons. Scammers are more likely to give up once you have told them that you don't have an on-line bank account, so even if they catch me off guard, I reckon I am less likely to be conned. More, importantly, there are a lot of elderly people living near me who don't feel confident banking on line and who appreciate the service provided by bank staff; if my one or two transactions a month helps keep a branch open then it is worth the occasional five-minute wait. I am retired so have the time, I appreciate that many of those reading this may not have the time (or the opportunity given bank opening hours). I am concerned with all these documents - not just Barclays but Lloyds, HSBC, NatWest, Santander, whoever, is that they stretch the meaning of words to make it look like the current situation is worse than it is. I am waiting for them to use similar arguments for a branch of a high street bank in our nearest town. I would be amazed if it was open on more than a handful of days during the first year of covid; when I passed by there was the same note saying that it was closed due to staff shortages so of course people found other ways to bank, used other branches. I can't remember when it reopened, not that long ago, which surprised me". What do you think? Email me at hugh.neal@gmail.com.

In another transport related story, it is looking quite likely that the cross Thames cable car may cease operation before the end of the year; the former Emirates Airline has been losing money ever since it opened. Only the sponsorship from Emirates has kept it open. Word reaches me that the Emirates sponsorship contract finishes in June, and is not being renewed. At the time of writing, no other sponsor has shown any interest in the service, which primarily operates as a minor tourist attraction. Transport for London has no money to support what some locals jokingly refer to as "The Arabfly Dangleway", I consider it likely that the white elephant cable car service will fold unless another backer can be found.

The end video on my Blog is normally fairly short, but this week I make an exception; it features an unedited journey from Erith on foot by a chap who is trying to complete the entire London LOOP (London Outer Orbital Pathway). The video is just over two and a half hours long, so you may wish to fast forward through parts of it. The videographer, a chap called Bruce, says of his efforts:- "I'm walking the LOOP partly for my health but mostly to raise money for the 150th anniversary (sesquicentenary - there's a word for it!) of Christ Church, Colliers Wood, London, in 2024. This is the seventeenth section of the path walked this time round. In due course I plan to edit the video down from this full version and add some actual information!"