A small victory and more on Mobile Phones. 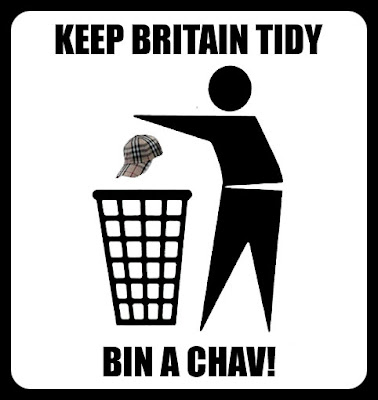 I have had a couple of interesting incidents this week. On Tuesday evening I was standing at the 99 bus stop in Erith town centre, waiting to see Mum off back to her place in Upper Belvedere. We were standing, talking when a group of three school age Chavs appeared, swearing and mucking about. We ignored them and they seemed to go quiet. I suddenly heard the distinctive squeaking of a spirit marker pen; I quietly moved around to the other side of the advertising hoarding that made up one end of the bus shelter and caught one of the Chavs red handed scrawling graffiti!

"YOU BOY!" (in my best cod public school master voice) "What are you doing?" The Chav, who was around 13, though small and under nourished for his age, looked round at me like a rabbit caught in a car's headlights. "Er, nuffink mate..." he eventually grunted. "I am not your mate - I am an adult and you should address me as such!" "Er, sorry mate." He then threw down the incriminating marker pen and looked at his friends, sniggering. Bearing in mind I am 6'3" and built proportionately, and he was around eight stone and five foot nothing, I loomed over him. "What you are doing is criminal damage - you should be arrested for it." I said, my face inches from his. "What is your name?" He mumbled and looked awkward. I asked again and he gave a name and a school. Once I had seen Mum off on the bus I went home and phoned the school - the secretary was very helpful and took the details I had been given. As I suspected, the name he gave was false, but the level of detailed description I was able to give was helpful. The school in question has a full time Police Constable attached to it (I was amazed to hear) and they have a "known suspects" book of mug shots of their worst offenders. I am now waiting for the PC to ring me to arrange to come round to see if I can identify the vandalising scumbag.

Well, it has been quite a while since I posted my original rant about mobile telephones.

The Times has featured an in depth analysis of the long term health effects of using mobile telephones, and for all you heavy users, things are not looking good - as I have been predicting for many years. You can read the first article here. And the second article here. They are referred to by Britain's top expert as "the cigarettes of the twenty first century". Which is precisely what I have been saying all along. As you may know, I am a technology buff and hold the highest grade of amateur radio licence - but there is no way would I ever own a mobile phone.