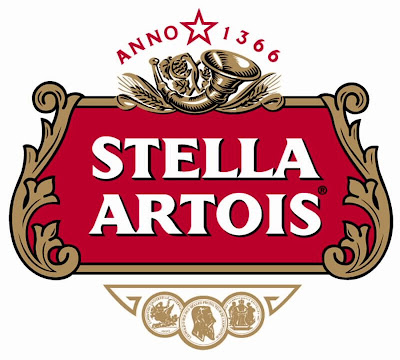 I have a theory about Chavs, social inadequates and other associated oiks. Whenever I see them, be it on public transport or just in the street, without fail they have a can of Stella Artois in their hands. For a brand of lager that is marketed as an aspirational, up market product, this surely is a failure. Let's face it, the scumbags swig it by the gallon as it is relatively cheap, does not taste of very much and gets them off their collective spotty faces quite quickly. It is brewed in huge industrial refineries and shipped out to be consumed by the shallow end of the gene pool. It amazes me that some of the large supermarket chains are selling lager at almost the same price as bottles of mineral water. It is the drink of choice for many of those who hang out in the former Lloyd's Bar One in Bexleyheath, which has now been re-named after many complaints from the Police that it should in fact be closed for good. The name has now been changed to "The Furze Wren", and owners' Witherspoons are trying to appeal to an older, less violent market and get away from the spikey gel haired, Nike wearing, slack jawed filth that currently infest the place. I posted a whinge about the place, along with its' neighbour, the RSVP bar before Christmas - you can re-read my account here.

I have added a few new photos to my Flickr account and you can view them here.

The government are once again infringing on our civil liberties, on top of the draconian moves to force us to have biometric ID cards and passports, they also want to have a compulsory finger print database of every subject from the age of eleven (we are not citizens as we are not inhabitants of a republic) - details from the Sunday Times. I don't have a passport, I cannot be tracked as I don't own a mobile telephone (the cigarettes of the 21st Century), and I will do whatever I can to resist this creeping totalitarian spying state we are sleep walking into.

This weeks' video has been knocking around the interweb for a couple of years, but it does stand up to repeated viewing. Some American Marines in Iraq with an old washing machine, a hand grenade, and a little too much time on their hands.