Zen and the art of cycling. 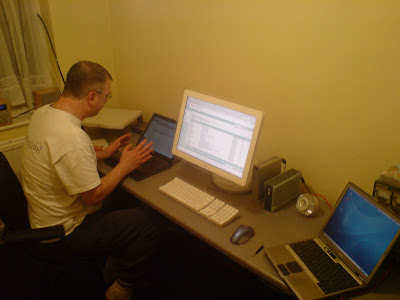 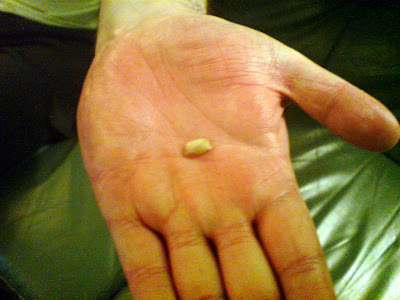 The photo above shows the errant toenail that spontaneously fell off a couple of weeks ago. I kept hold of it to show Ian when he came round on Saturday evening. He took the picture to enable me to share this with the world. Just think - I do these things so that you don't have to.

I am in a bit of a huff right now. And it is all down to a phenomenon I have mentioned before. This time my blood is up though. I have, for the third time in just over a week been mown down by a cyclist on the pavement outside my house. Now don't get me wrong - I am all in favour of those who wish to gad about in a self propelled manner - I just wish they would do it in the proper place. In my book there is no excuse for any adult (and most children) to ride on the pavement. If they want to ride a bike, they should take their lives in their hands amongst the lorries and cars - and if they end up getting splatted by the traffic, then there is an element of Zen justice to it all. I would not mind, but there is a proper cycle lane on the other side of my road - it is away from the traffic - so why do the bunch of banana headed spods choose to use my pavement?

The BBC. Paid for by the UK licence fee. You would think they would be accountable to their fee paying public - but no, not a bit of it. They are pulling BBC 1's highest rated non soap drama programme and replacing it with The Eurovision Song Contest next Saturday evening. I have nothing at all against kitsch campery, but surely they could put it on BBC 2? Instead we have to wait two weeks until the next episode of Doctor Who. I for one am not happy.